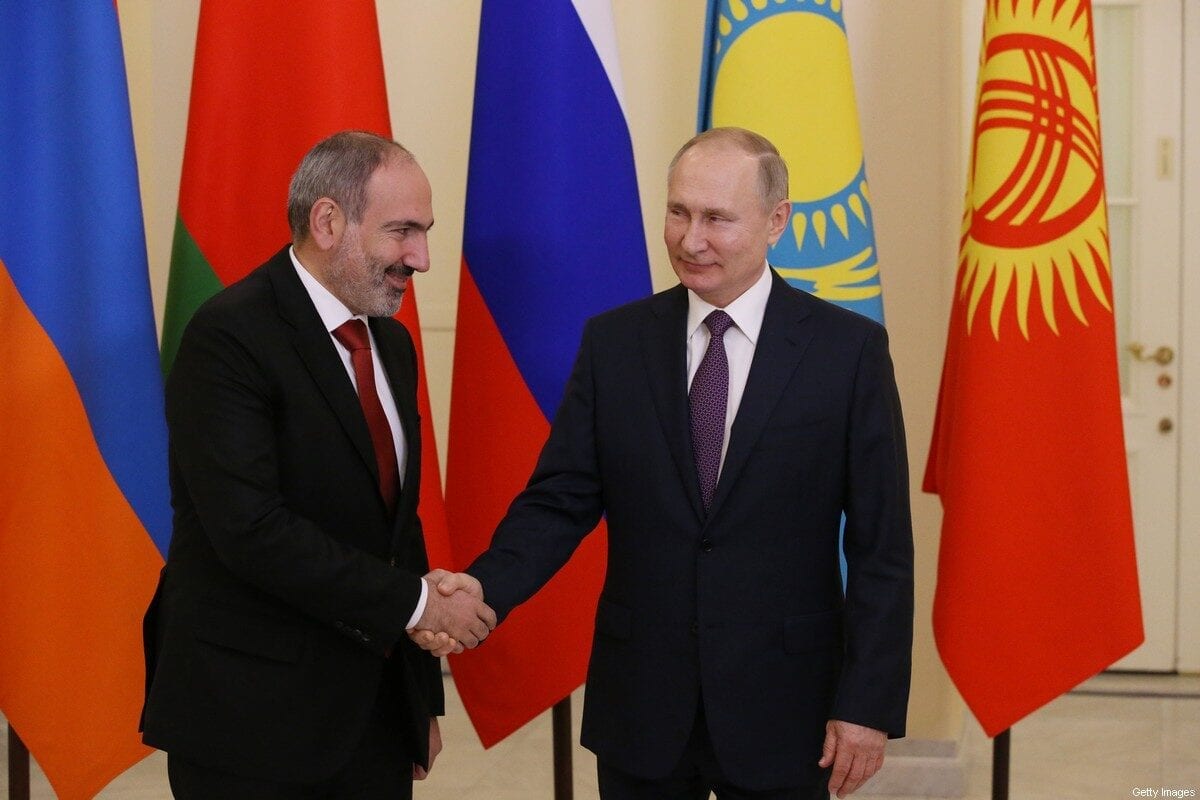 There is no doubt that Russia under Vladimir Putin is not the weak state that it was after the disintegration of the Soviet Union. The Russian president wants to restore Russia to the glory of the USSR and its geopolitical position. Its military intervention in Ukraine, through which it controlled strategic sites in Crimea, was followed by Moscow annexing the peninsula after a mockery of a referendum whereby the local people apparently voted to join the Russian Federation.

Russia has also intervened in Syria to end the revolution against its ally, the killer Bashar Al-Assad. It wanted to keep him as the figurehead with Moscow as the de facto ruler.

Now Russia is active in the Caucasus over which it wants to have control and be the reference point. Hence the Russian-brokered deal to return Nagorno-Karabakh to Azerbaijan after 30 years of Armenian occupation. Moscow effectively controls the situation having pushed an agreement to stop the war after Azerbaijan achieved a great victory and liberated parts of its occupied lands, the most important of which was the strategic city of Shusha.

With the Azerbaijani forces just a few metres away from liberating the entire region, Russia feared that chaos would ensue and it would lose the Karabakh region completely, so it set red lines for Azerbaijan not to cross and immediately intervened to prevent its troops from advancing on the capital. Meanwhile, it imposed a ceasefire agreement on Armenia, which suffered a crushing defeat. This caused Armenian Prime Minister Nikol Pashinyan to flee to a secret location and address his people on Facebook. He insisted that if he had not accepted the peace deal and conditions, more than 20,000 Armenian soldiers would have been captured, and they would have lost all of Karabakh.

Azerbaijan and Armenia were both "Soviet Socialist Republics" within the USSR before it fell apart, and Putin wants to bring them into Russia's embrace; Moscow is Armenia's main ally. However, the Russian president is angry at the current Armenian leadership for its inclinations towards the West, and so adopted an apparently neutral stance when the fighting over Nagorno-Karabakh started again. He asked Armenia to withdraw from the occupied Azerbaijani territory, while Turkey supported Azerbaijan militarily, logistically and politically.

Russia wanted this war to send a warning to the Armenian leadership either to return to the Russian fold or be changed. At the same time, it did not want to suffer a humiliating defeat at the hands of Turkey-supported Azerbaijan. Hence the hasty agreement, which stopped the fighting and gave Moscow the upper hand in the region.

The terms of the deal will see the Armenian forces withdraw to be replaced by Russian "peacekeepers". Foreign Minister Sergey Lavrov said in Moscow that no international forces will join the Russians in this role. The peace deal did not address the participation of Turkish forces at all, although it was said later that an agreement will be made with Turkey to have a ceasefire monitoring role in some areas.

Russian forces will deploy along the Lachin Corridor from the Armenian side, and thus Russia will have obtained the lion's share of the cake. This may pose a threat to Turkey and Azerbaijan in the future.

Putin managed the crisis intelligently, skilfully and in the way that he wanted; and he ended it as he wanted. He kept it away from the UN Security Council and the Minsk Group, and so Moscow has achieved most of what it wanted, although it is still seeking to replace the Armenian leadership unless it changes its West-leaning policies.

Protests have been seen in Armenia against the humiliating deal, with demonstrators entering parliament and vandalising it. This could develop into something more serious. The Armenian state security agency said that it had thwarted a coup attempt and a plot to assassinate Pashinyan.

Azerbaijan has been waiting 30 years for the international community to return its occupied territory, without success. Having invested its economic potential, developed its army in cooperation with Turkey and been keen to develop its arsenal, Azerbaijan sought to change the status quo and prove its ability to liberate Nagorno-Karabakh by force. Unfortunately, Russia did not allow the complete liberation of Azerbaijani territory to happen.

Negotiations and international interests, as well as the scavengers waiting to pick up the crumbs, will probably mean that the sacrifices of the soldiers on the battlefield will have been in vain. That will be the consequence of victorious Azerbaijan accepting the Russian deal and stopping the war when its forces were winning on the ground.

In short, we have witnessed an incomplete victory for Azerbaijan; a crushing defeat for Armenia; and a big win for Russia. And the Russians didn't have to fire a single shot.