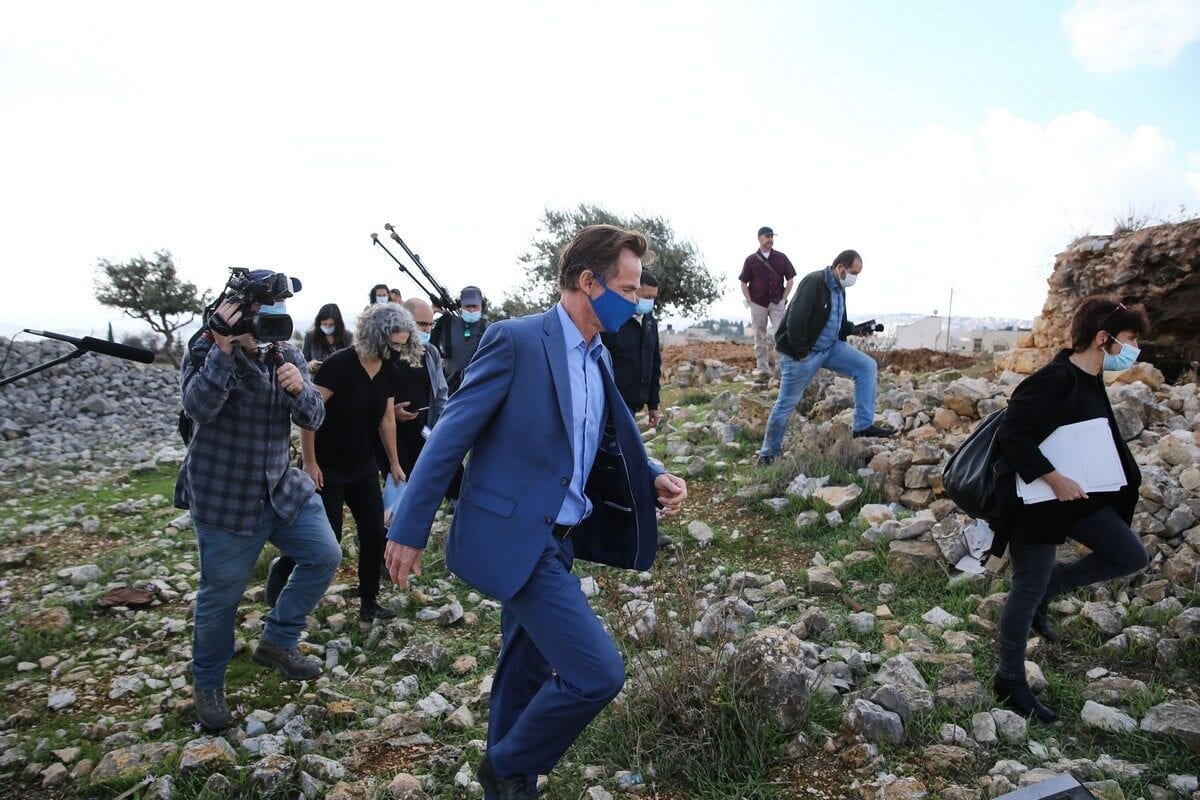 Right-wing Israelis harassed and chased a European Union delegation for protesting against new settlement units between occupied Jerusalem and the occupied West Bank.

Israeli settlement watchdog Peace Now warned on Sunday that Israeli authorities had issued a tender for the construction of 1,257 settlement units in the settlement of Givat HaMatos.

"Shame on you, traitors, hypocrites," the activists yelled at the officials, led by EU representative Sven Kühn von Burgsdorff.

Burgsdorf said the planned settlement expansion "gives some observers the impression" that Israel is trying to create "facts on the ground" before President-elect Joe Biden assumes office in January.

"It's very important to demonstrate unity in the international community that any such project, any such construction, which is illegal under international law, cannot go forward," he said.

The protesters – around 50 right-wing Israelis – who waved Israeli flags chanted so loudly that members of the delegation were unable to deliver public statements and had to relocate to another part of the city.

Anadolu reported Israel's Wallah news website saying that the tender was approved in 2014, but was frozen under international pressure, in particular from the administration of former US President Barack Obama.

Palestinian Authority Prime Minister Mohammad Shtayyeh tweeted yesterday: "The new Israeli colonial-settlement projects in occupied Palestine include plans for units and roads that aim to encircle the Palestinian neighborhoods in Jerusalem further; disconnecting the city from the remaining West Bank towards its complete isolation."

Israel occupied Palestinian territories, including the West Bank, East Jerusalem and Gaza Strip in 1967. Areas, which under international law, should form a future Palestinian state.