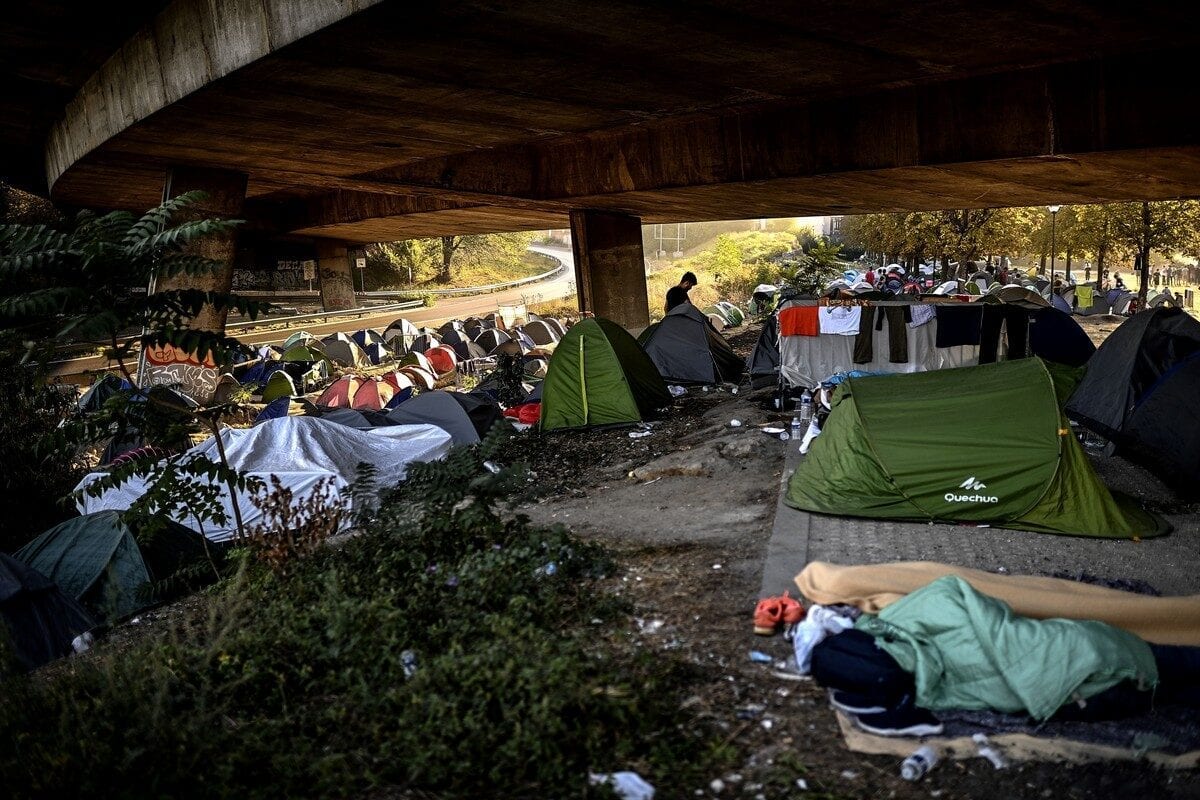 It is the 65th time Paris police have dismantled a migrant camp in the city in the last five years, only for new ones to spring up.

Police said yesterday's operation was motivated by concerns over the spread of coronavirus in the overcrowded camp.

Gerald Darmanin, the French interior minister, confirmed the rationale tweeting that the camp's inhabitants were living in "miserable conditions".

Police arrived at the camp before dawn and ordered residents to clear the area and board buses, leading to a crush.

Police later deployed tear gas in an effort to maintain control and disperse the large crowds, according to a Reuters report.

Hours after the operation had started, hundreds of residents were still waiting to board buses.

An estimated 2,400 migrants, primarily asylum seekers from conflict zones, including Afghanistan, Sudan and Somalia, were living in the camp.

READ: UK to use nets to stop migrants crossing Channel

They moved to site next to the Stade de France in August, five months after the evacuation of their previous camp a few miles away.

The operation has sparked a backlash from local mayors, whose council buildings and sports centres have been requisitioned by the French government to house migrants.

One of the buildings is a gymnasium in the town of Bry-sur-Marne, near Disneyland.

Charles Aslangul, the local mayor, has complained the government requisitioned the gymnasium and used it to house migrants without consulting him, the Times reported.

Aslangul said it would be "unacceptable" to do so again and complained it would prevent the town's children from using the facility once it re-opens when coronavirus restrictions are lifted.

The operation has also angered a group of French charities which denounced the "endless and destructive cycle" of migrant camp evacuations in Paris in a statement yesterday.

The 30 charities called on the French government to find "new solutions" for housing migrants and asylum seekers.

French police have cleared dozens of camps in the Paris region in recent years, but a failure to find long-term accommodation for residents has resulted in informal settlements reappearing.

Several observers claim the evictions are a symbolic move, intended to show the state cracking down on migrants without addressing the underlying issues.

READ: US servicemen who foiled Daesh terror attack on train appear in court in France