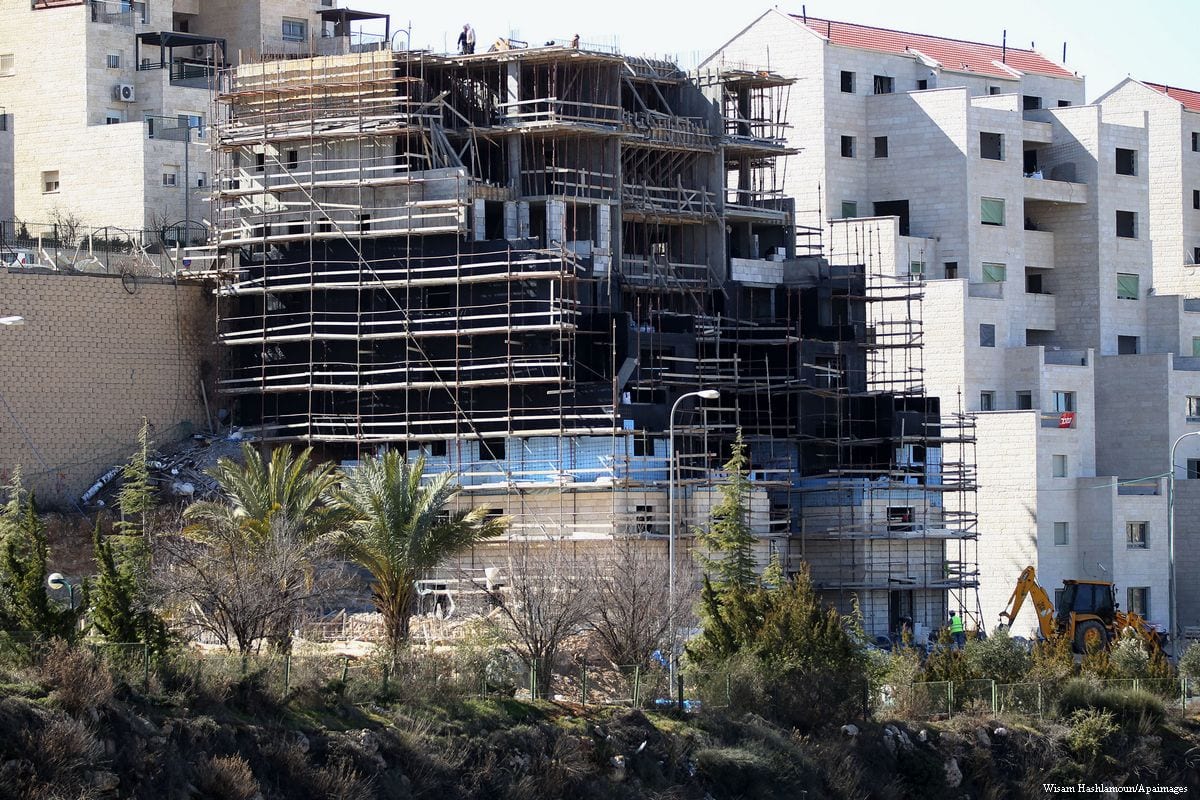 Settlement construction work in the West Bank [Wisam Hashlamoun/Apaimages
February 22, 2017 at 11:41 am

Israel yesterday approved legislation that forces businesses to display on their premises their decision not to provide services to residents in illegal settlements in the occupied West Bank.

The legislation, initiated by MK Shuli Moalem-Refaeli from the right-wing Jewish Home party, added an amendment to the Prohibition of Discrimination in Products, Services and Entry into Places of Entertainment and Public Places Bill which protects customers from being discriminated against by Israeli businesses based on their location of residence, according to a statement released by the Knesset.

The statement added that the legislation also aims to modify the 1981 Consumer Protection Law, which prohibits businesses from "misleading the consumer regarding the location to which the services or assets would be provided."


If a business fails to publicly post that they do not offer services to Israeli settlements, the owners could face a fine of 10,000 shekels ($2,660).

Critics say the bill is the latest in a series of laws centred on the "practical annexation" of the Palestinian territory.

According to Israeli newspaper Haaretz, an article in the amendment "specifies that its purpose is to help settlers address the refusal by many business owners to cross the border out of security concerns or ideology."

The Joint List – a political bloc representing parties of Arab citizens of Israel – strongly condemned the bill, with MK Masud Ganaim saying: "At face value, this bill seeks to promote justice and equality, but it's impossible to do so while at the same time giving a stamp of approval to an occupied area and to lend a hand to creeping annexation."


"This bill seeks to provide legitimisation for occupied territory. This bill acknowledges this area as part of the State of Israel, and it isn't," he added.

Meanwhile MK Dov Khenin said that the bill was the latest in a series of laws which "attempt to promote politics of practical annexation."

Read: Two faces to the settlements

"But the Arab MKs are not interested in taking care of their voters, but rather in harming the settlers. They would rather take out two eyes from the Arab public — the most important thing is that one of the settlers` eyes will be taken out," Moalem-Refaeli added.