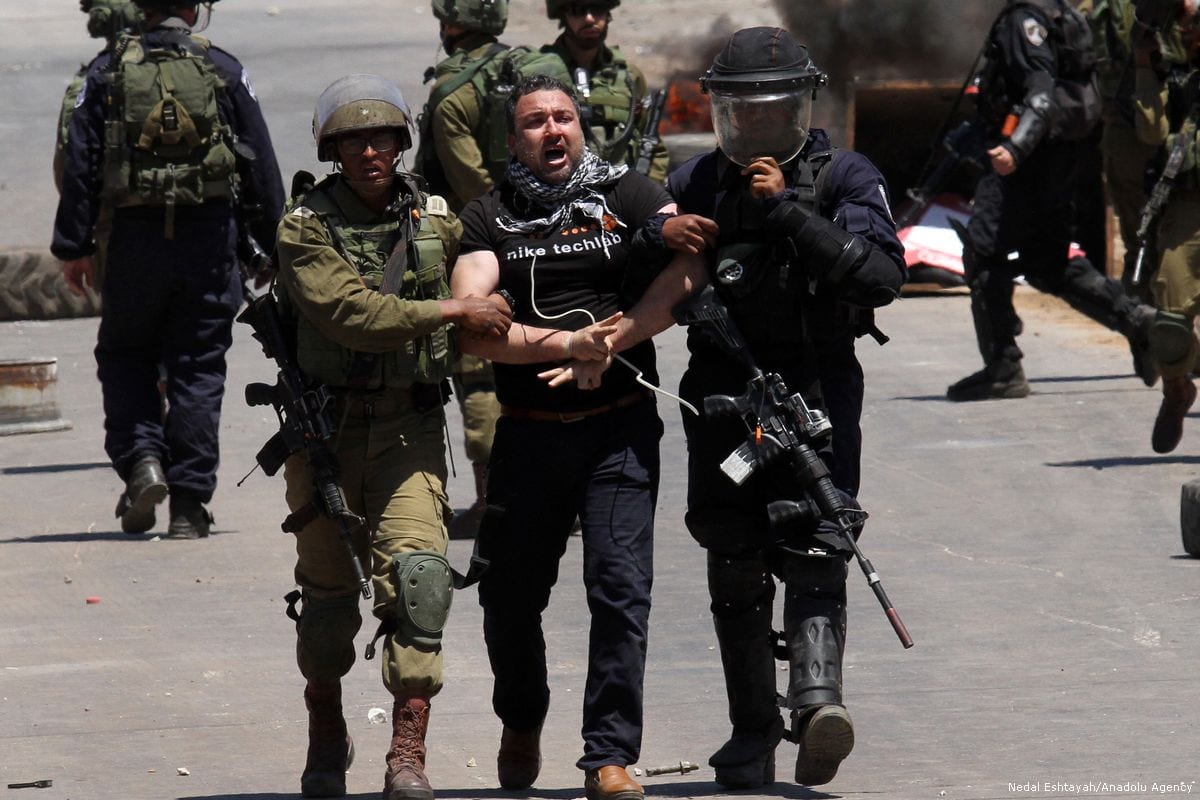 Israeli security forces arrest a Palestinian protester during a demonstration in support of hunger striker Palestinian prisoners held in Israeli jails in West Bank on 25 May 2017 [Nedal Eshtayah/Anadolu Agency]
July 13, 2017 at 11:50 am

Read: Israel's treatment of Palestinian prisoners 'could amount to torture'

All of them were released on bail of 2,000 shekels ($566) and were placed under house arrest for 14 days. They will be expelled from their neighbourhood for one month.

Israeli occupation forces regularly arrest, expel and put Palestinians under house arrest. Activists have said that this is part of the Judaisation policy which is also the drive for the ban on entry to the Muslim holy site of Al-Aqsa Mosque.