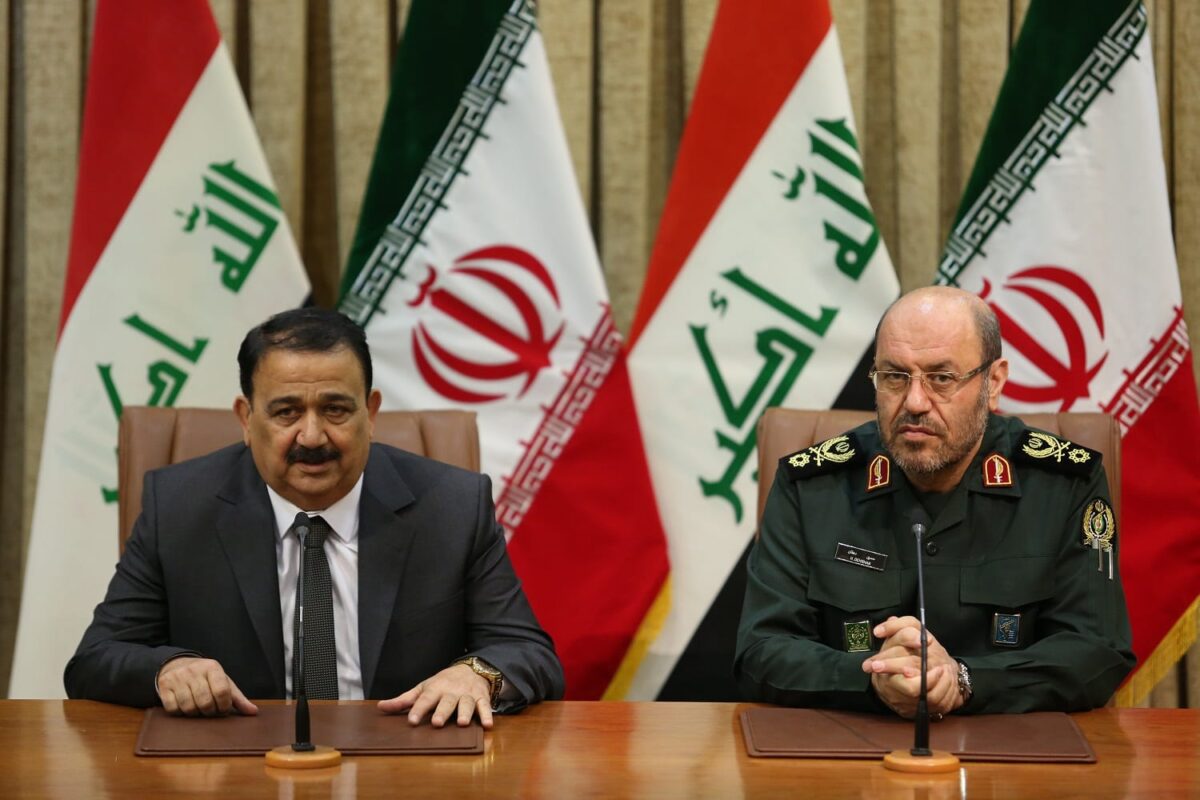 Iranian Defence Minister Hossein Dehghan (R) and his Iraqi counterpart Erfan al-Hiyali (L) at the signing of an accord to boost military cooperation between the two countries on July 23, 2017 in Tehran, Iran [Iranian Ministry of Defence]
September 27, 2017 at 9:49 pm

The Iraqi Army Chief of Staff Othman Al-Ghanmi headed a high-ranking military delegation to Iran to coordinate positions after the Kurdish independence referendum.

"The military chief of staff presided over a high-ranking military delegation and is heading today to the Islamic Republic of Iran to coordinate efforts and military cooperation," the Minister of Defence said in a statement.

The Iraqi army chief of staff visited Turkey on the eve of the referendum which was carried out on Monday.

Following the results of the referendum, in which Kurds voted for independence, the Iraqi Cabinet of Minister demanded the Kurdistan Regional Government hand over control of the international airports and demanded foreign countries to stop oil trade with Kurdistan.