Diary of a Palestinian girl

A resident of the village of Nabi Saleh in the occupied West Bank, 11-year-old Janna Jihad Ayyad is Palestine's youngest amateur reporter
May 22, 2018 at 3:08 pm | Published in: Israel, Middle East, News, Palestine 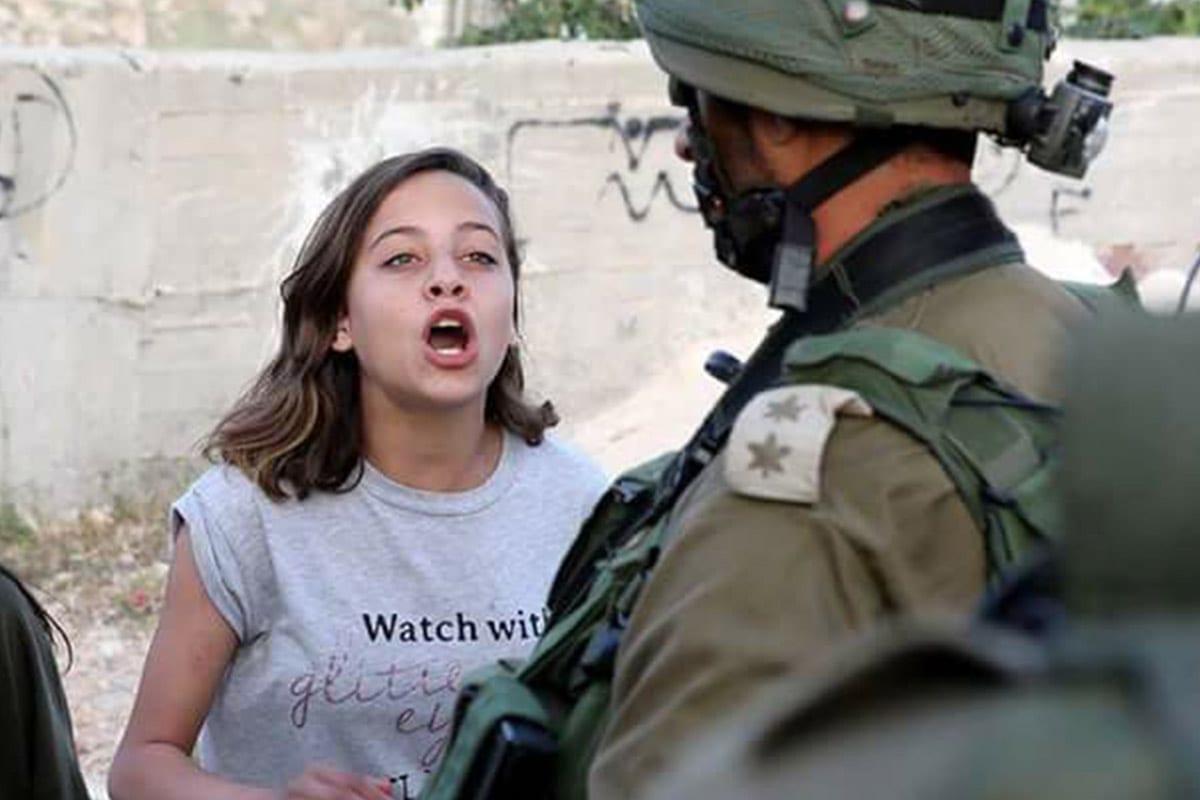 The series ran as part of the channel's "Local Heroes" programme which features "profile pieces that highlight the lives and work of people who dare to aim at the impossible to achieve a greater good."

First aired in February this year, the series begins by tackling the norms of a child's life under occupation. Playing with empty gas canisters and grenades that were used by Israeli forces and have landed near her house, Janna explains the reasons she became a journalist and shares her dreams of a normal life.

"I dream to live another life, to live without occupation, to live like any child in the world, playing with things that any child in the world plays with, without waking up at night with bombs bombing near my window and soldiers waking me up and making me afraid in the middle of the night, without seeing my friends getting killed in front of me, seeing my best friends getting arrested near me, or my mum getting injured, or seeing my house getting demolished. I dream to live a normal life"

Sharing the story of her 14-year-old cousin, Muhammad, who was shot in the head by Israeli soldiers during a raid on their village causing considerable damage to his skull, Janna explains what it is like to live in constant fear of raids.

"I've never seen the sea," one child tells Janna, "only in photos."

The young reporter addresses the restrictions on movement in occupied Palestine. "We're like in a very big jail that we cannot go anywhere we want," Janna says, sharing a collection of interviews she conducted with other children in her village.

In the fourth episode, Janna shares the story of her cousin Ahed Tamimi, who was arrested for slapping an Israeli soldier in December after her cousin, Muhammad, was shot in the head. Ahed was sentenced to eight months in prison.

In the final episode of the series, Janna describes the difficulties of life in Nabi Saleh. It is, in her words, a living nightmare filled with fear, pain and loss, where protests, riots and shootings are the daily norm.