Exploited and abandoned, the Palestinians are truly the betrayed 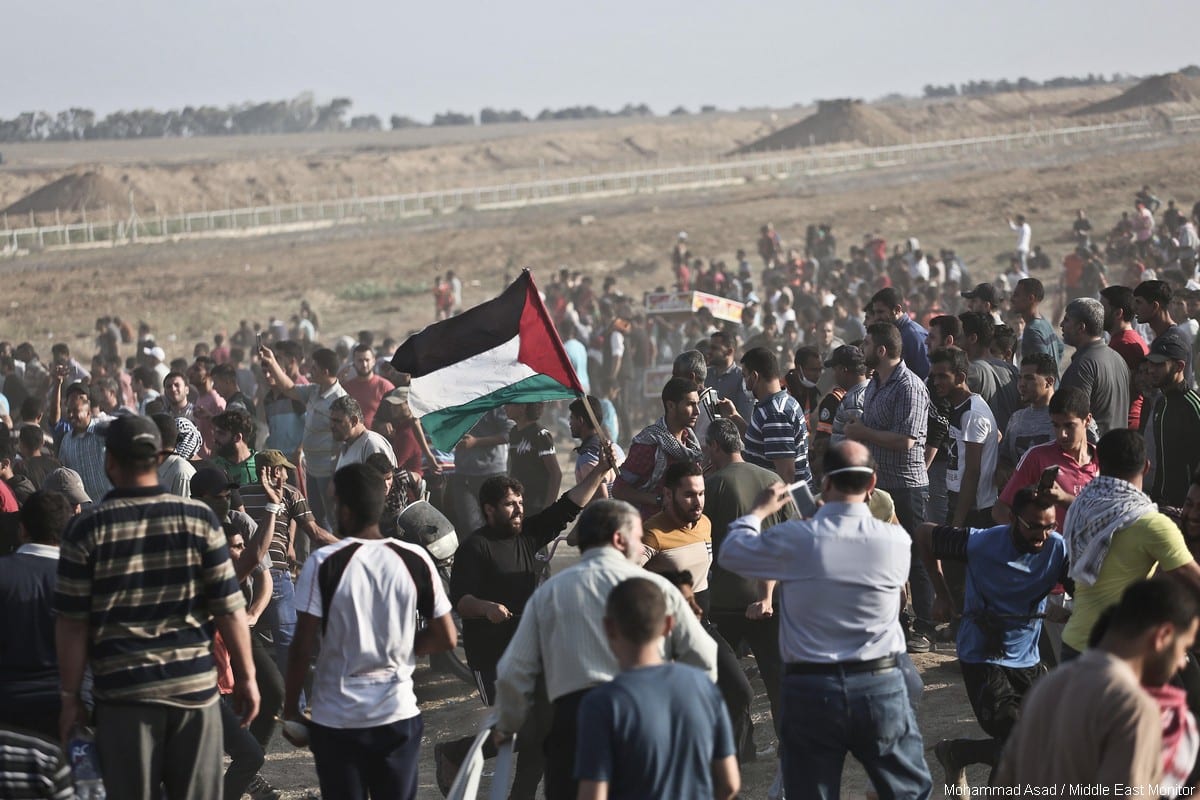 Writing in the New York Times less than a week after 61 Palestinians had been shot dead by Israeli soldiers, and nearly 3,000 were wounded, the political editor of the Jewish Journal, Shmuel Rosner, had this to say in an opinion piece entitled "Israel Needs to Protect Its Borders: By Whatever Means Necessary": "Of course, the death of humans is never a happy occasion. Still, I feel no need to engage in ingénue mourning. Guarding the border was more important than avoiding killing, and guarding the border is what Israel did successfully."

It was a hard, cold line of defence, one that was presented over and over again by the Israeli government and its supporters; the killings were justified by the need to secure the border and protect Israelis whose lives were threatened. That carefully orchestrated response, together with two stark facts, suggests emphatically that Israel wanted the bloodshed and intended it as a frank and brutal message to the Palestinians.

The facts are simple: the Israel Defence Forces (IDF) had alternatives to the use of live rounds: much heavier use of tear gas and the use of stun grenades, water cannon, even birdshot. Most, if not all of these, have been used to control protests in places like Bahrain, a fact to which I can attest having covered that Gulf country's unhappy history for more than a decade.

Furthermore, the Israelis had known for weeks in advance of Hamas's intention to provoke a march to the border using civilians as cannon fodder and still they chose to behave in the way they did, cutting down men, women and children, journalists and medical workers with round after round of sniper fire.

Had the Israelis and the Americans given any thought to the split screen images of a glossy US Embassy opening in Jerusalem juxtaposed with the massacre going on less than sixty miles away? Probably not. But then it didn't really matter to them. Benjamin Netanyahu, emboldened by Donald Trump, saw the opportunity and seized the day. He had already calculated the consequences, Palestinians be damned.

What was the message that Netanyahu wanted to send to the people of Palestine? You have no hope, no future, you have only despair unless you accept our plan for peace. Otherwise we, with the collusion of Egypt, will continue to bleed you and squeeze you. We do not need to negotiate with you. Negotiations are finished. Take the plan we offer. Listen to your Arab brothers like Mohammad Bin Salman. The Saudi Crown Prince agrees with us that the time is now. There is no other way.

And the deal? That's something that Trump's son-in-law and special Middle East adviser Jared Kushner has reportedly pursued with Bin Salman. It looks remarkably like a real estate transaction. Unsurprising, perhaps, given that the 36-year-old Kushner has no previous experience in diplomacy, but an awful lot in wheeling and dealing in the high-stakes world of New York property ventures. 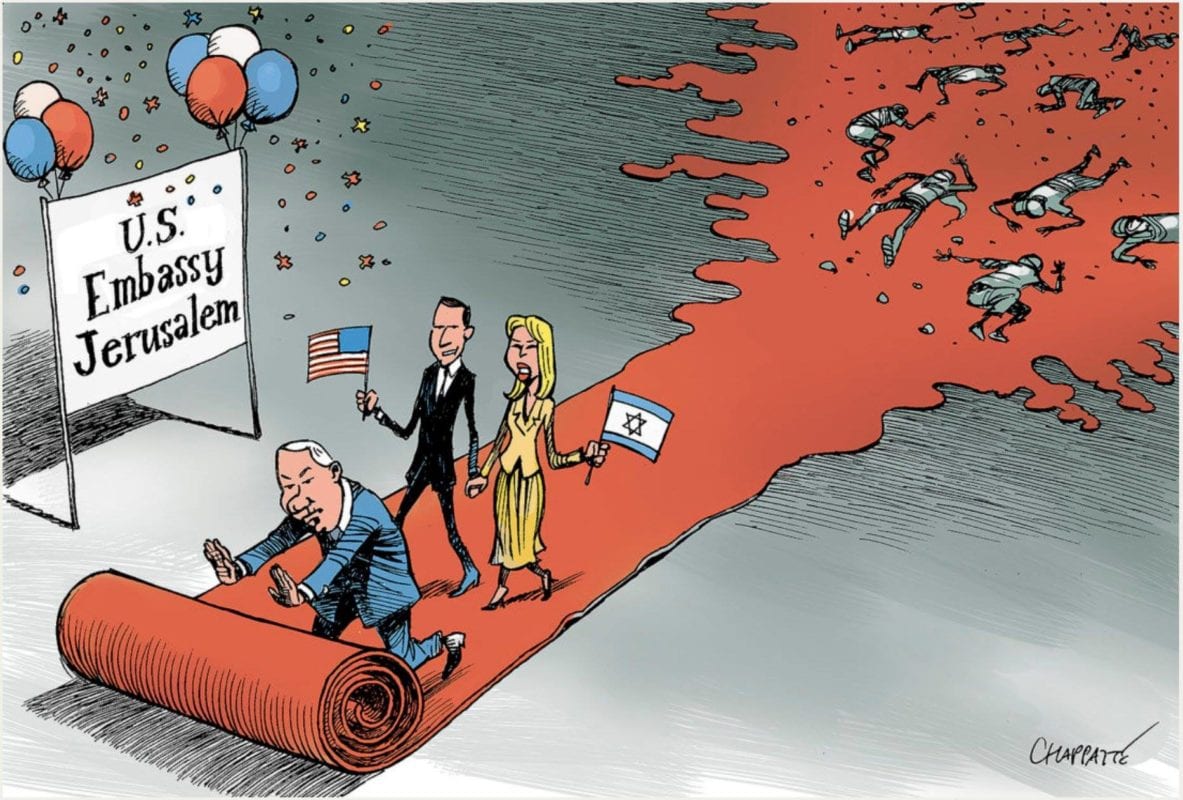 It has been called "the sanctuary plan". It involves the Palestinians surrendering some 50 per cent of the occupied West Bank to Israel. Palestinian cities and towns in the West Bank that are encircled by Israeli settlement projects would fall under the administrative control of Jordan. For their part, the Egyptians would agree to cede North Sinai to a new Palestinian entity contiguous with Gaza. The capital of this strange agglomeration would become a Palestinian town on the outskirts of Jerusalem, Abu Dis. Jerusalem whole and undivided would then become the capital of Israel.

To assist in fulfilling the plan the Israelis are providing military support to Egypt in its fight against Ansar Beit Al-Maqdis (ABM). In 2014, ABM pledged allegiance to the self-proclaimed Daesh caliph, Abu Bakr Al-Baghdadi. The peninsula was declared Wilayat Sinai, the Sinai Province of Al-Baghdadi's now broken caliphate.

According to the New York Times, what it called a "secret alliance" has enabled the Israelis to carry out more than 100 air raids inside Egypt against ABM over the past two years. The Egyptians have denied the claim, but crucially the Israelis have neither confirmed nor denied it. Using unmarked drones and fighter jets with their markings concealed, the Israelis have been degrading the terrorists' military capability, something that the Egyptian army has signally failed to do.

To return to the analogy of a real estate deal, if you are Jared Kushner and you want to evict problem tenants from a highly desired property with as little awkwardness as possible, you have to offer them something in return, and that something can't be a property overrun with heavily armed gangsters. So the Israelis are doing their bit to help secure the neighbourhood. 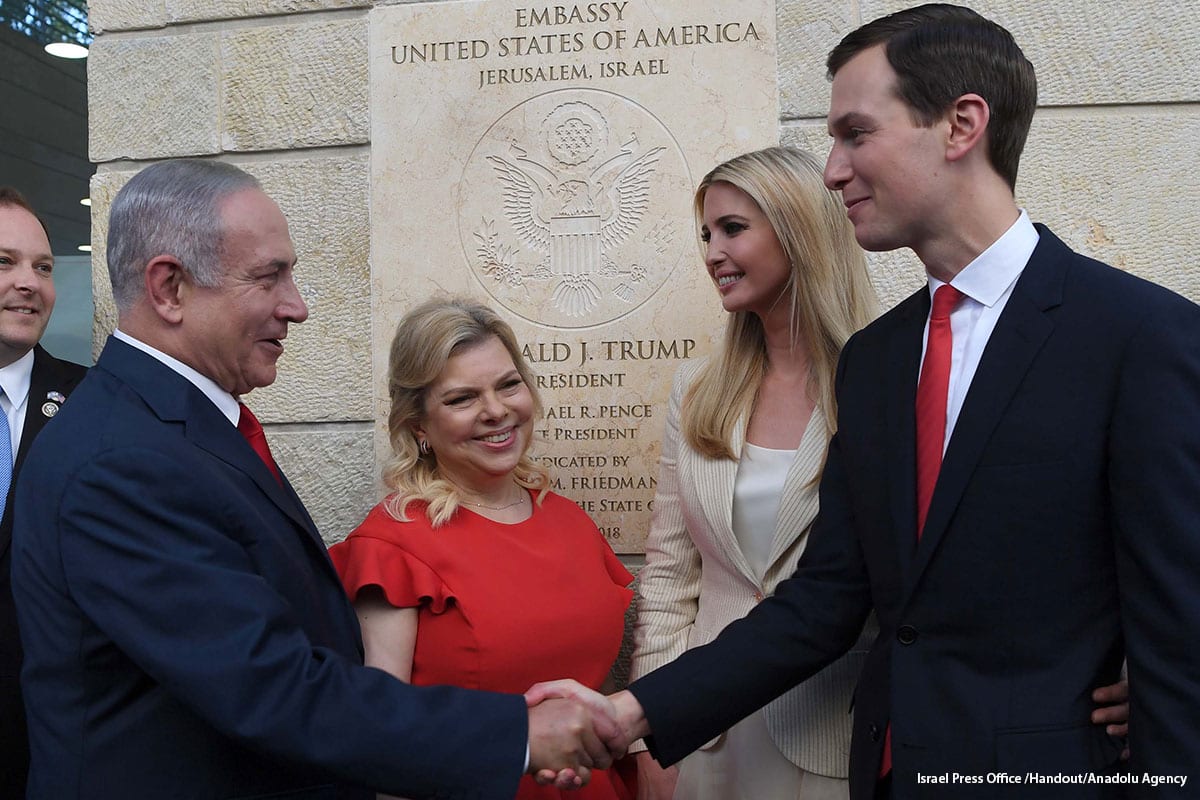 For his part, President Abdel Fattah Al-Sisi desperately needs to keep both the Saudis and the Israelis on side as he struggles with a sluggish economy and disenchantment with his heavy-handed rule. Saudi cash to the tune of several hundreds of millions of dollars will help keep the economy and Sisi afloat. For the Egyptian President, giving up a troublesome North Sinai may seem a small price to pay.

Read: It took 116 dead Palestinians for Egypt to ease its siege on Gaza for a month

For Mohammad Bin Salman, a solution to the Palestinian "problem" that he helps to bring about, one that is very favourable to Israel, means that he can then draw on the Israelis — who after all have nuclear arms — to stand up to Iran in the struggle for regional hegemony. Donald Trump can boast about pulling off the "greatest deal ever" and Jared Kushner will have salvaged something of his tarnished reputation. And the Egyptians now living in North Sinai? Well, that is a question to be sorted out down the road presumably.

In reality, the sanctuary plan is a madness, like ill-considered jottings on the back of a napkin. Ludicrous as it is, though, it must still have delighted Netanyahu. With little or no effort on his part, he had the Saudis on side backing a plan that even the most extreme right wing settler would find appealing. The cherry on the cake was Trump's decision to move the US Embassy to Jerusalem with nothing demanded or given in return.

Of course a lot of questions remain. Why would the Egyptian President turn over more of his land, having already been roundly attacked for giving up two small islands in the Red Sea to the Saudis? What would cause the Palestinians to give up their rights in the West Bank and Jerusalem in return for a piece of Egypt riddled with terrorism?

In the evangelical euphoria surrounding the opening of the embassy in Jerusalem such questions count for nothing. Moreover, in the way in which the Saudis and much of the Arab world made small noises of sympathy rather than rise up in fury at the massacre in Gaza, the Palestinians can see which way the wind is blowing. Exploited by their own leaders, abandoned on all sides, they are truly the betrayed.