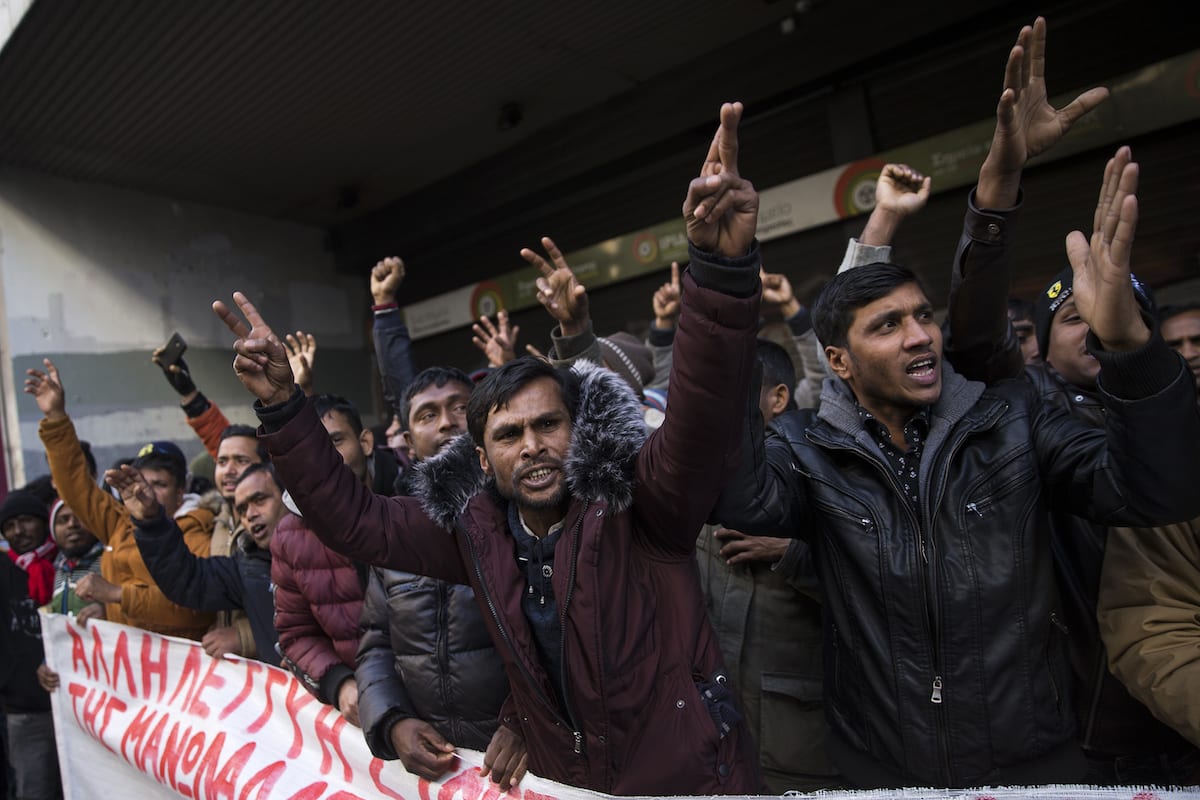 Migrant workers who work at the strawberry fields in Nea Manolada village of Elis district, stage a protest against working conditions in front of the Ministry of Labor in Athens, Greece on 8 January 2019. [Ayhan Mehmet - Anadolu Agency]
January 22, 2019 at 7:30 pm

Some 4,883 irregular migrants and refugees have reached Europe by sea in the first 20 days of 2019, the UN migration agency said on Tuesday, Anadolu Agency reports.

During the same period last year, 4,466 refugees and migrants entered Europe and 201 others drowned in the Mediterranean, according a report published by the International Organization for Migration (IOM).

"The last time fewer than 200 migrants drowned in January in these waters was in 2015, when 82 died in January. In 2014, IOM recorded just 12 deaths of seaborne Mediterranean migrants in January," said IOM.

Some 30,510 migrants died between 2014 and 2018 while making the treacherous journey to Europe, the UN agency reported earlier this month.

Italian Interior Ministry: 393 migrants have been returned to Libya