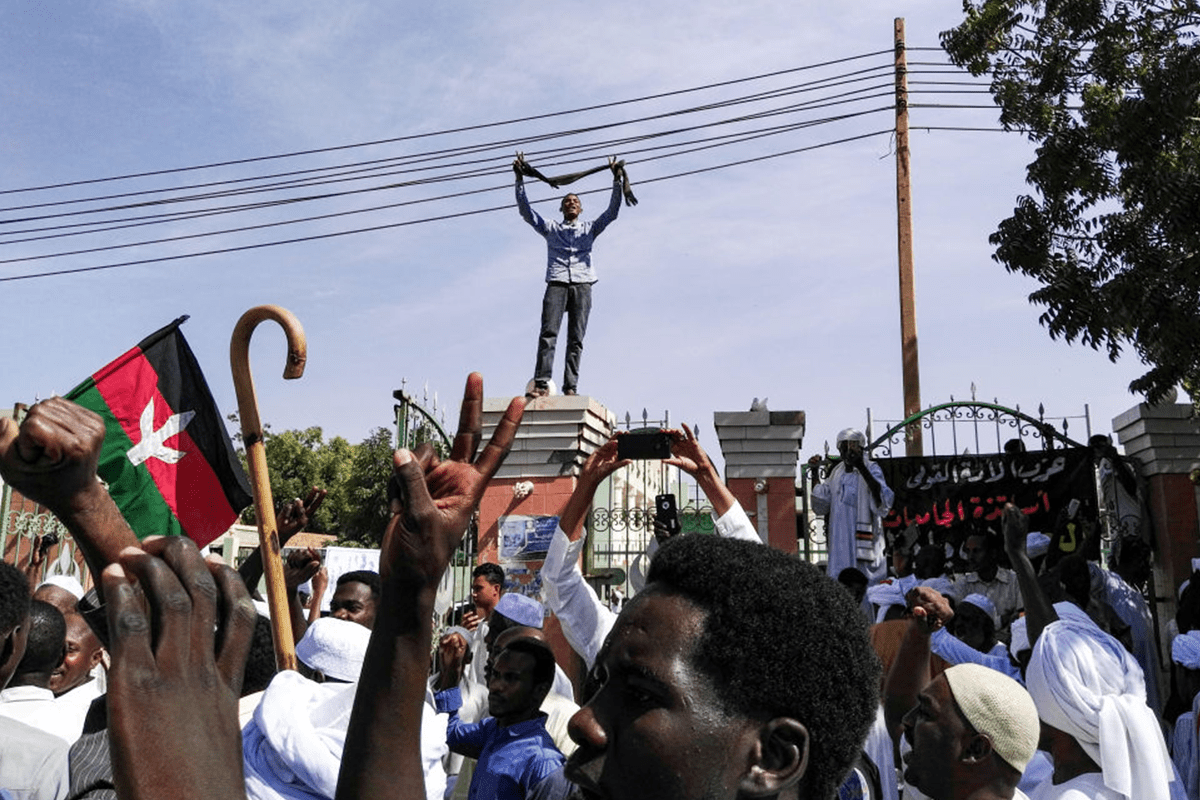 A Sudanese protester flashes the victory gesture as he stands atop a gatehouse while others chant slogans and wave the flag of the opposition Umma Party led by Sadiq al-Mahdi, during a demonstration in the capital Khartoum's twin city of Omdurman on 25 January 2019 [AFP/Getty Images]
June 18, 2019 at 2:48 pm

A coalition of Sudanese opposition forces said yesterday that they continue to demand the formation of a caretaker government of independent technocrats, Anadolu Agency reported.

During a meeting in Khartoum with the deputy head of Sudan's ruling military council, General Mohammed Hamdan Dagalo, the opposition bloc which is made up of seven political factions, presented its vision to the ruling military and rejected all forms of "foreign intervention".

The majority of the political parties had taken part in the national dialogue with ousted president Omar Al-Bashir before he was forced out of power in April.

The opposition coalition also called for cancelling the death sentences that had been handed down to politicians and heads of political movements so as to prepare the Sudanese political environment for dialogue.