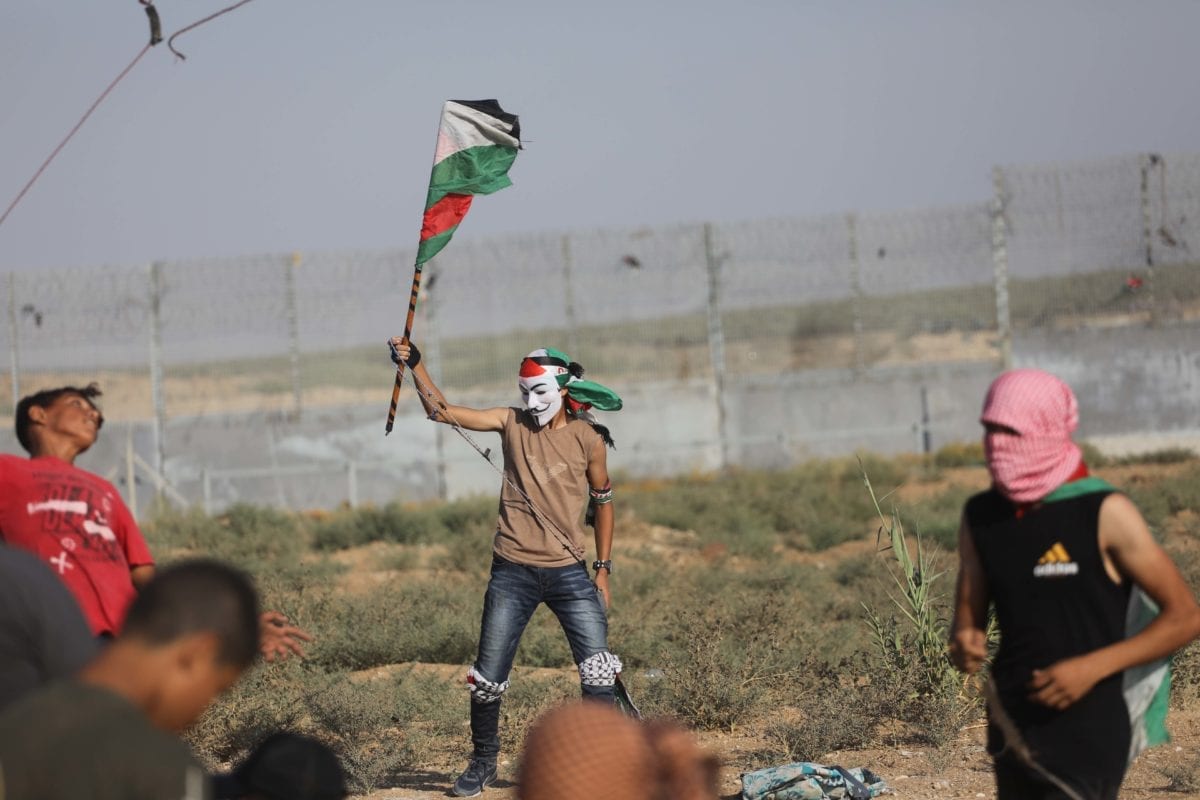 Hundreds of Palestinians across the Gaza Strip head toward the security fence area to participate in the weekly anti-occupation protests known as the Great March of Return on 23 August 2019 [Mohammed Asad/Middle East Monitor]
August 26, 2019 at 8:47 am

Analysts opine that lifting the crippling siege and improving livelihood in Gaza will lead to halting attacks from the coastal enclave against Israel.

"The unorganized individual operations along Gaza border is a natural reflection to the absence of any political and economic horizons and to the ongoing blockade on the Gaza population," Palestinian political analyst Hossam al-Dajani told Anadolu Agency.

"Those who are carrying out these operations are suffering from the tragic reality in Gaza," he said.

Since early August, there have been a series of deadly incidents on the ground along Gaza-Israel border.

Three Palestinians were shot dead by Israeli forces stationed along border, with the military claiming that the three were planning to carry out attacks against Israel.

The killings came a few days after the army said its forces had killed four armed Palestinians along the security fence between Gaza and Israel.

On August 1, the Israeli army said a Palestinian seeking to avenge his brother's death by Israeli fire was killed when he entered Israel from Gaza and opened fire on soldiers. Three soldiers were wounded in the incident.

Israeli warplanes also carried out several airstrikes in the Gaza Strip in response to rocket fire from the blockaded territory.

Israel has imposed a crippling blockade on the Gaza Strip in 2007 after Palestinian group Hamas seized control of the strip from its rival group Fatah, badly affecting livelihood in the Palestinian enclave.

Palestinians have been staging weekly protests near Gaza border to demand an end to the Israeli siege on the strip that deprived its two million inhabitants of many basic amenities.

Since the Gaza rallies began last year, more than 300 protesters have been martyred — and thousands more wounded — by Israeli troops deployed near the buffer zone.

Al-Dajani warns that the situation could escalate if Israel failed to carry out cease-fire understandings with Gaza-based resistance factions.

"If the international community failed to put an end to Israel's procrastination on implementing the cease-fire understanding, the individual operations might escalate to include the use of rockets instead of small arms against Israeli patrols near the border," he said.

He believes that lifting the Gaza blockade and improving the living conditions in the territory will help halt such attacks.

"Maintaining the Israeli policies on Gaza means an escalation of the individual operations to reach the point of an all-out military confrontation," he warned.

The analyst, however, rules out that Hamas, which rules the Gaza Strip, was behind the individual attacks.

"If Hamas was responsible, it would have carried out them in a way that would have caused heavy losses among Israeli forces," he said.

"It is clear that these operations were carried out by individuals as a result of the difficult living and economic conditions in Gaza," he added.

Political analyst Talal Okal agrees that the individual operations might be the result of the miserable conditions in Gaza.

"It is also possible that Hamas had allowed its members to carry out these operations without claiming responsibility in an attempt to express its anger over Israel's failure to abide by the cease-fire understandings," he said.

Hamas and Israel have reached an informal cease-fire in May after the worst bout of violence since 2014.

Okal believes that the recent operations might be a "message" by Hamas to Israel that it would not be able to calm the situation in Gaza as long as Tel Aviv failed to abide by the cease-fire understandings.

"Deterioration of the political, economic and humanitarian situation in Gaza could lead to insecurity and security vacuum, which would pose a real threat to Israel," he said.

The Palestinian analyst thinks that Israel might escalate its response to the individuals attacks in Gaza after next month's general election.

Ibrahim al-Madhoun, a political analyst, warns that the recent attacks augur ill for an imminent explosion of the situation in Gaza.

"The unplanned and unorganized resistance might be a popular option that no one can stop, in case the Israeli policies against Gaza continued," he said.

Al-Madhoun, who is close to Hamas, rules out that the resistance group was behind the recent individual attacks against Israel.

He believes that the Israeli response to the attack would be "limited" in an attempt to avoid going into a wide-scale confrontation with Gaza-based factions.