Sudan's Hamedti: We have no political detainees 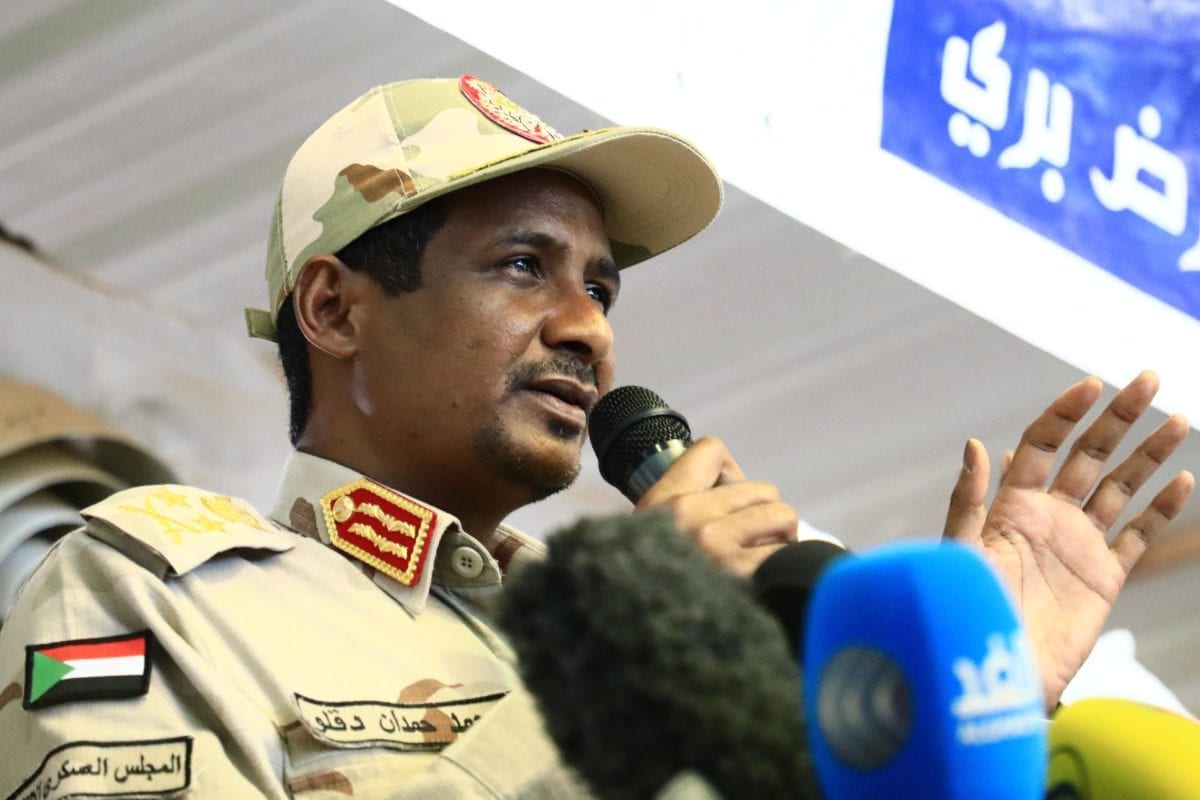 Mohammed Hamdan Dagalo, commonly referred to as Hamedti, a member of Sudan's Sovereign Council and head of the Rapid Support Forces, said on Wednesday that there are currently no political detainees in the country's prisons, the state-run Sudan News Agency (SUNA) reported.

Hamedti's statements came during a public gathering in the Marshinj area, to the south of Darfur.

Read: Sudan denies making concession for US to remove it from terrorism list

Hamedti, who was deputy head of the transitional military council that ruled the country following the ouster of Mohamed Al-Bashir from the presidency, renewed his call on those who bear arms to "opt for peace," adding that the state "took steps toward releasing prisoners so as to prepare the climate for the prevalence of a comprehensive peace in Sudan."

He also called for arresting and bringing to justice the culprits in violent events that occurred in South Darfur State.

Hamedti expressed his sorrow over the "acts of vandalism that affected the institutions that offer services to citizens," and he called on the locals to forget the past's woes in favour of a safe, stable, and prosperous life.