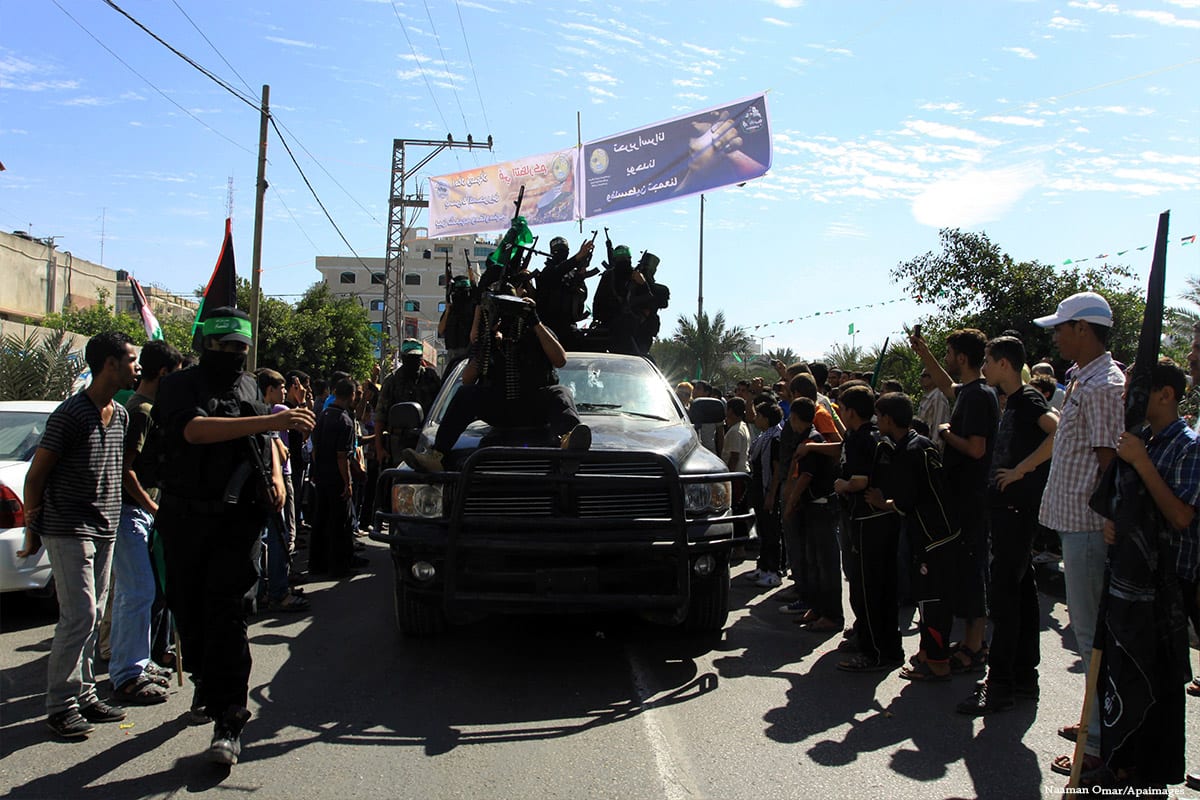 Hamas militants stand guard in Gaza City as an Israeli-Palestinian prisoner swap deal gets under way on 15 November 2016 [Naaman Omar/Apaimages]
November 4, 2019 at 3:29 am

Blum's remarks came following comments by the mother of a kidnapped soldier, Hadar Goldin, on Israel's Channel 12 on Saturday, in which she accused the Israeli government of "neglecting its detained citizens in Gaza."

Goldin, along with Oron Shaaul, went missing during the Israeli attack on Gaza, which was launched on 8 July 2014 and had lasted until 26 August of the same year. In April 2016, Hamas said it was holding four Israeli soldiers in custody.

In a similar context, the Israeli government announced the loss of two soldiers during the Gaza aggression. Still, the local security ministry later said that they were killed in a fight that involved Palestinian fighters and Israeli soldiers.

In response, Blum noted that he did not intend to confront families. "I understand their pain. The Goldin family received detailed answers. I regret her statements," he explained.

"This was not the first time for the hostages to cross the border toward Gaza. Hamas then cynically chose to leave them in violation of all international laws," the Israeli official pointed out.

"We are working on several negotiating channels with Hamas," he added, stressing that "the gaps are vast between their [Hamas] many demands and for what Israel is willing to give."

Hamas has repeatedly said it won't reveal the fate of the Israelis hostages "unless Tel Aviv releases Palestinian prisoners it had re-arrested recently." The Islamic movement recently pledged to hand over the prisoners in a swap deal for the release of Palestinians.