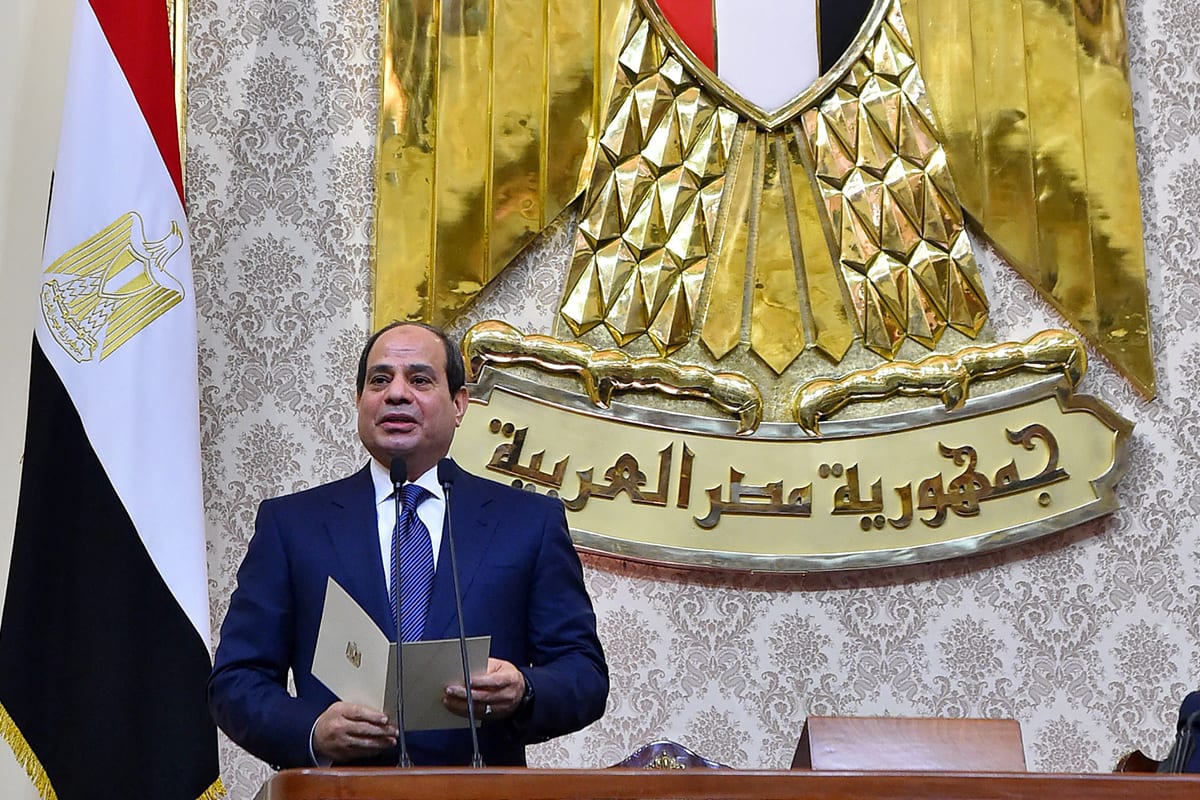 General Abdel Fattah Al-Sisi is trying to build an individual dictatorship to rival those of the 20th century. He seems certain that it will cement his name in history as one of the "greatest leaders" of Egypt in modern times.

However, he has overlooked the fact that absolute dictatorships have no future and that his own will fall like those before him, such as in Spain under General Francisco Franco; Romania under Nicolae Ceauşescu; Iraq under Saddam Hussein; and Libya under Muammar Gaddafi. The matter is not simply related to the different historical context, especially the Cold War, nor to the IT revolution, which has become one of the main means of forming collective awareness about national leaders.

The issue is also related to this budding dictatorship's inability to buy the loyalty of supporters and backers, which is due to the lack of financial resources and incentives. The dictators noted above, and others, possessed an abundance of financial, material and economic resources that allowed them to buy off the masses to guarantee their grip on power for a long time. They were also very smart, as they left room for some political participation by others, albeit limited or restricted, which succeeded in taming the collective consciousness of the people.

What Al-Sisi is doing in Egypt is trying to build a "free" individual dictatorship that does not cost him too much. In doing so, he and his family and entourage seem to be profiting from it. Although he took the army off the leash, not only in its business dealings, but also in managing all state affairs because of Al-Sisi's contempt for and distrust of civilians, this is not enough to guarantee its loyalty in the long run. This is especially so in light of recent information regarding his involvement in corruption and looting, which has become the talk of Egypt. Hosni Mubarak was smarter in meeting the demands of the army generals, without directly subjecting them to public opinion, as Al-Sisi is doing.

Moreover, Al-Sisi is not confident about finding a partner in authority, even as a formality, because he despises civilians and does not trust them, and fears that a partnership will be the beginning of the end for him. According to his way of thinking, all institutions like the army, police, media and even the private sector are mere tools at his beck and call which do not dare to partner with him, let alone compete with or challenge him.

He could have given an air of legitimacy to his regime by opening the door to opposition groups or allowing a level of freedom of expression, at least to those who supported him on the eve of his coup in July 2013. However, he knows that Mubarak was overthrown after he allowed this limited level of freedom and he does not want to be bitten as Mubarak was.

The way in which Al-Sisi manages his would-be dictatorship will cause it to topple, worse than what happened with Mubarak, who built his power on a pluralist party basis. This is neither fantasy nor wishful thinking, as the man only has power that he uses to intimidate his opponents and scare his supporters. He has lost most of whatever credibility he might once have had from the eve of the coup against the late President Mohamed Morsi, due to his monopoly of power and unilateralism, as well as his failure to address the economic and social issues that are breaking the backs of ordinary Egyptians. It is, therefore, no surprise that the level of rejection and discontent with his leadership and uncertainty about the future of his regime seem very high. Al-Sisi's system was shaken to the core by an individual deviation from the script and exposure by the contractor and actor Mohamed Ali whose videos exposed the official corruption which is rampant in Egypt.

The fate of apparently stable dictatorships, never mind those which are floundering like Al-Sisi's, is inevitable; they all fall, and how they do so has to be considered. Unless natural death is the way out for the dictator, as happened with Franco and General Augusto Pinochet, the dictator of Chile, their fate could be murder, execution, imprisonment or exile. All of these are possible fates about which Al-Sisi seems to be aware, so he clings to power like never before. He feels threatened by the opposition — despite their weakness and the fact that he is killing leading members and lay people alike — and his entourage, who one would believe are the people closest to him. Al-Sisi can swear as many oaths as he wants about not wanting authority; and he can lie all he wants about avoiding it; but none of this will prevent his fall from grace sooner or later. His is a fragile dictatorship indeed.