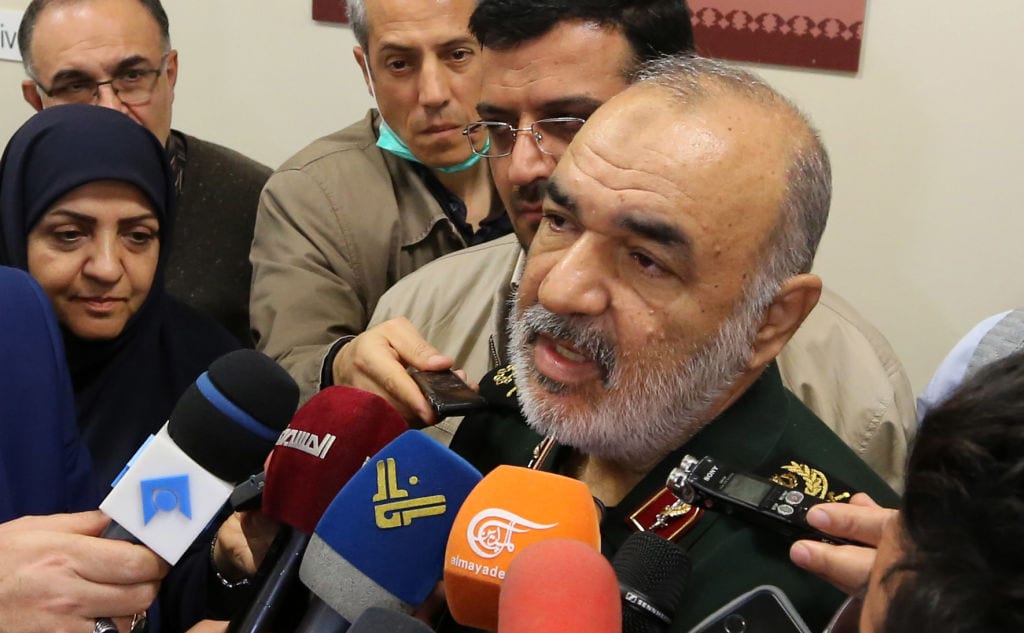 The head of Iran's elite Revolutionary Guard Corps (IRGC) General Hossein Salami yesterday vowed to take revenge from the killers of members of security forces who died during the fuel protests which have ripped through the country.

"We will take revenge for the martyrs defending security from the global arrogance forces and their agents in the country," Salami said, warning those involved that they will not escape the intelligence community's grip.

Speaking during a visit to the family of a member of the Imam Hossein battalion of the Revolutionary Guards, who was killed during the protests, Salami said that "all world powers combined will not be able to destabilise the Islamic Revolution".

He called on the judiciary to inflict the heaviest punishment on those he described as "mercenaries".

More than 100 people were killed and thousands were arrested during clashes between protesters and Iranian security forces over the cabinet's decision to increase fuel prices.

Angry protesters have burnt more than 100 bank branches and 50 shops amid deep economic crisis suffered by the Islamic Republic.