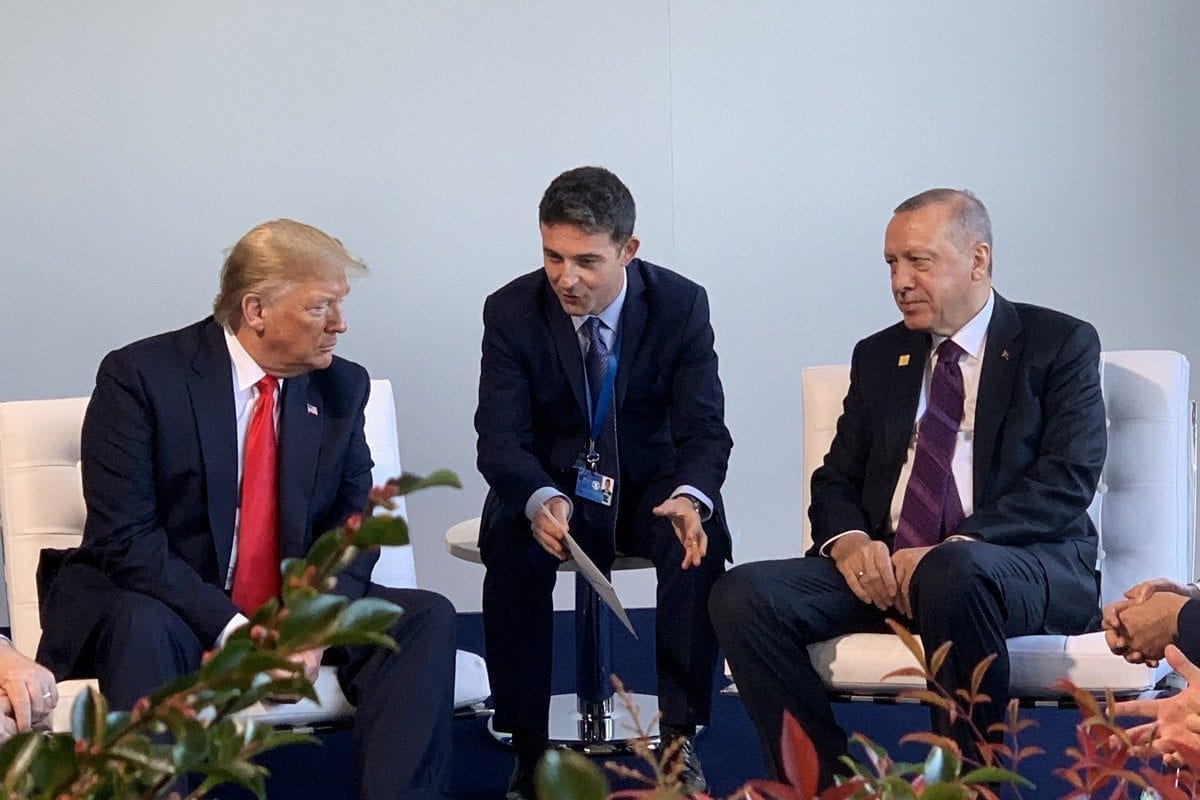 Speaking to reporters about his meetings during Wednesday's NATO leaders' summit in London, Recep Tayyip Erdogan said the main topics were the refugee crisis, fight against terrorism, burden sharing, cyber and hybrid threats, strengthening solidarity among allies, Russia and China.

He said: "We regret to see that some allies are hand in hand with these terror groups while emphasizing the fight against terrorism."

Erdogan added that NATO leaders only talked about the fight against terrorism, without taking action on the matter.

Erdogan stressed that Turkey stood as one of the strongest members of NATO and has participated in the most critical missions of the alliance since becoming a member in 1952.

Noting that Turkey was currently present in various NATO's missions varying from Afghanistan to Iraq, Erdogan said Turkey's military and financial share in the pact was more than that of many other members.

Erdogan went on to say that the alliance's power depended on the solidarity between members, adding the insecurity of one member would mean insecurity for the others.