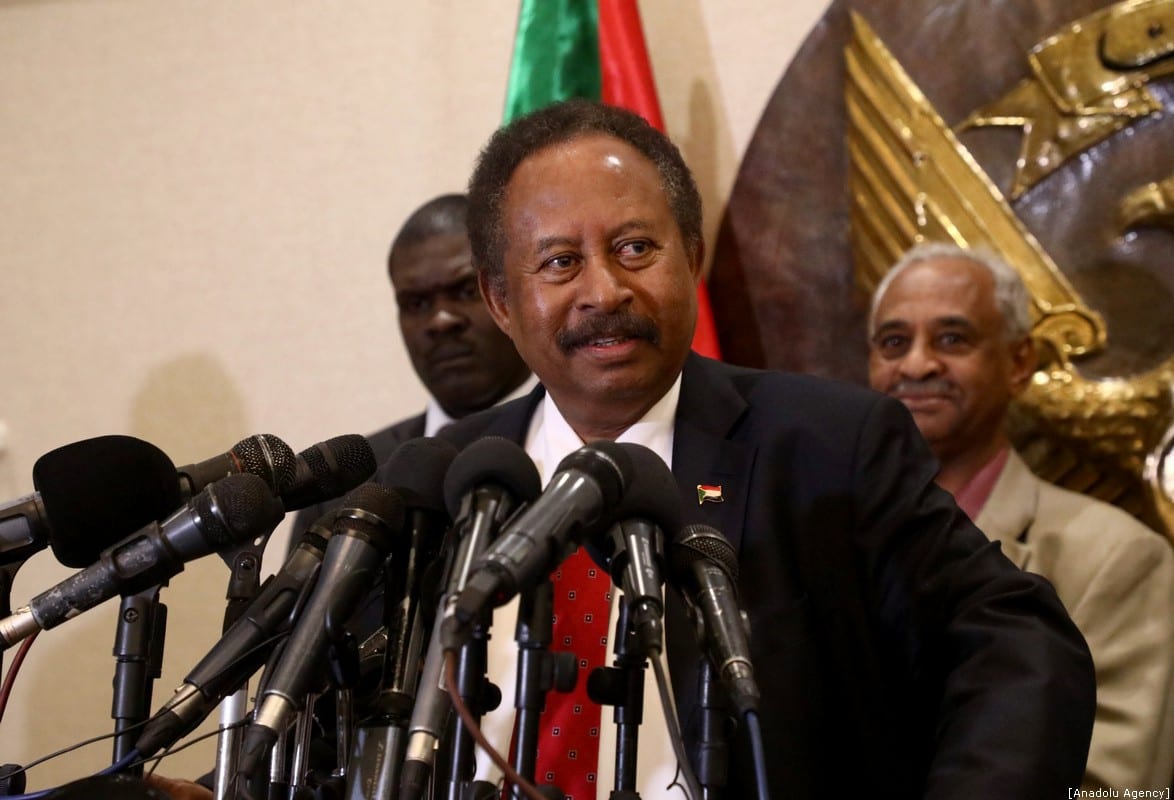 "Our stance on the Renaissance Dam is the same as Egypt's, and we are with [Egypt] in every step," Hamdok told local Al-Ahram.

As Sudan lies in the middle between Egypt and Ethiopia, Hamdok stressed that any impact resulting from the GERD would "affect Sudan first."

He reiterated that his country's interests were "in line with Egypt's vision for the dam," noting that it was "important to reach a joint agreement between the three countries."

The GERD operation, the Sudanese premier pointed out, should be carried out through "mutual understanding and exchange of information between the three countries."

"The most remarkable aspect concerning the dam is its operation itself which Ethiopia sees as a matter of sovereignty," Hamdok continued, responding: "We [Sudan] do not oppose that."

Ethiopia is building a $5 billion dam on the Blue Nile, a tributary of the Nile River, near the border with Sudan, saying the project is necessary to provide the country with much-needed electricity and is crucial for its economic development. The Ethiopian government has said that it was aiming to become the continent's biggest power exporter by generating more than 6,000 megawatts through the dam.

Egypt fears the filling of the dam reservoir would restrict already scarce supplies of water from the Nile, on which the country is almost entirely dependent. Sudan is also downriver from the project.

Several months of negotiations between the involved countries have failed to make any breakthrough, spurring fears of a military conflict between Cairo and Addis Ababa.