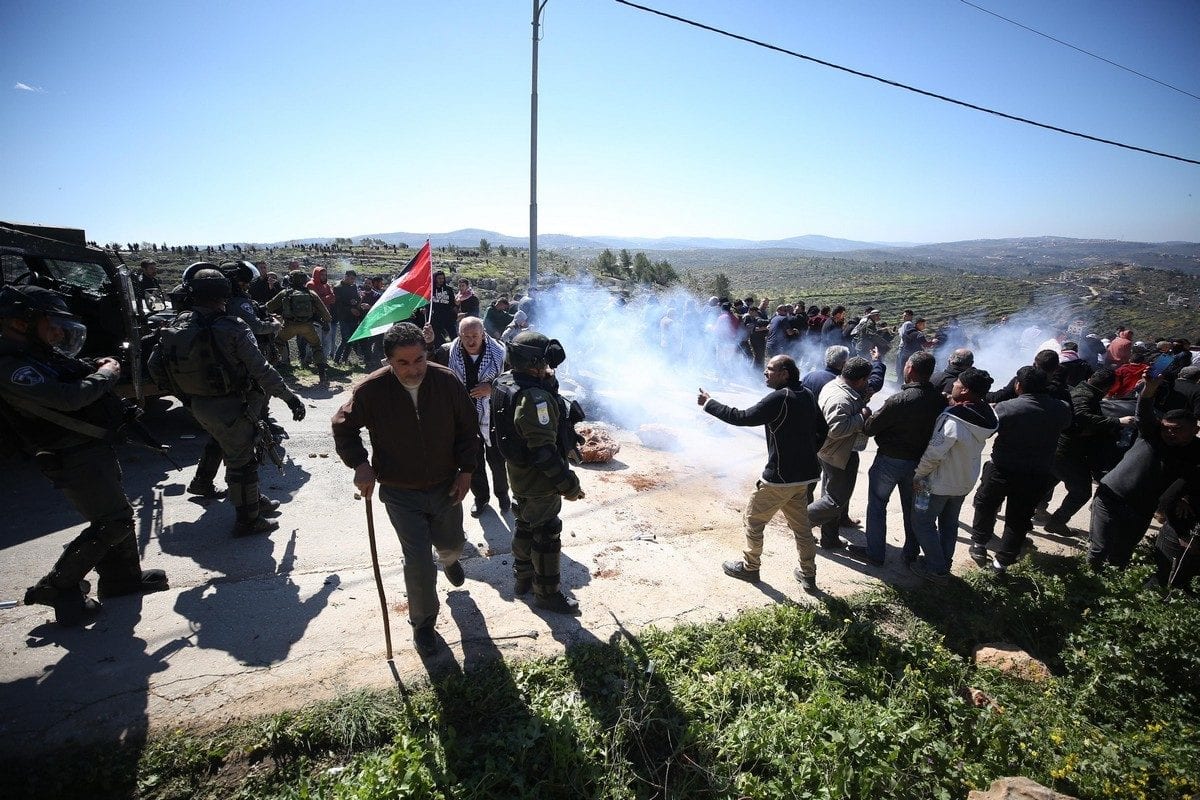 Israeli forces have opened fire on Palestinians who were defending themselves from illegal settlers taking over a major West Bank city last night.

According to the Palestinian news agency WAFA, Jewish settlers attacked Palestinian stores and houses in the town of Huwwara and the village of Beita, south of the city of Nablus last night. As the settlers stormed the Jabal Al-Arma mountain on the outskirts of Beita, the Palestinian villagers guarded it all night to fend them off.

In response, Israeli forces fired on the Palestinians and injured 40, with Palestinian medics confirming cases of injuries from gas cannisters and fractures and bruises from being beaten by soldiers. A 16-year-old Palestinian villager was also evacuated after being shot in the back by Israeli occupation troops.

In Huwwara, the settlers also stormed the town and destroyed local shops while they were covered and protected by Israeli military forces who had accompanied them to help them establish their new illegal colony. There were no reported casualties, however.

The attack by the settlers comes three days after Israeli bulldozers began destroying and razing Palestinian land near the military checkpoint in the area, in order to build a settler-only bypass road. If that road were to be established, it would result in the seizure of 400 dunams (98.8 acres), in which seven Palestinian villages are located in.

The violence conducted by the settlers – often originating from countries outside Israel such as the US – who occupy those settlements has also risen exponentially, and includes acts such as the destruction of Palestinian homes and businesses, the arson bombing of mosques, stone-throwing, and the burning of olive groves and other crops.

Israeli Prime Minister Benjamin Netanyahu this week authorised the construction of 3,500 more homes to be built on Palestinian land in the occupied West Bank, in blatant defiance of international law and in a move which has raised fears that Israel is seeking to directly annex the West Bank in the near future.