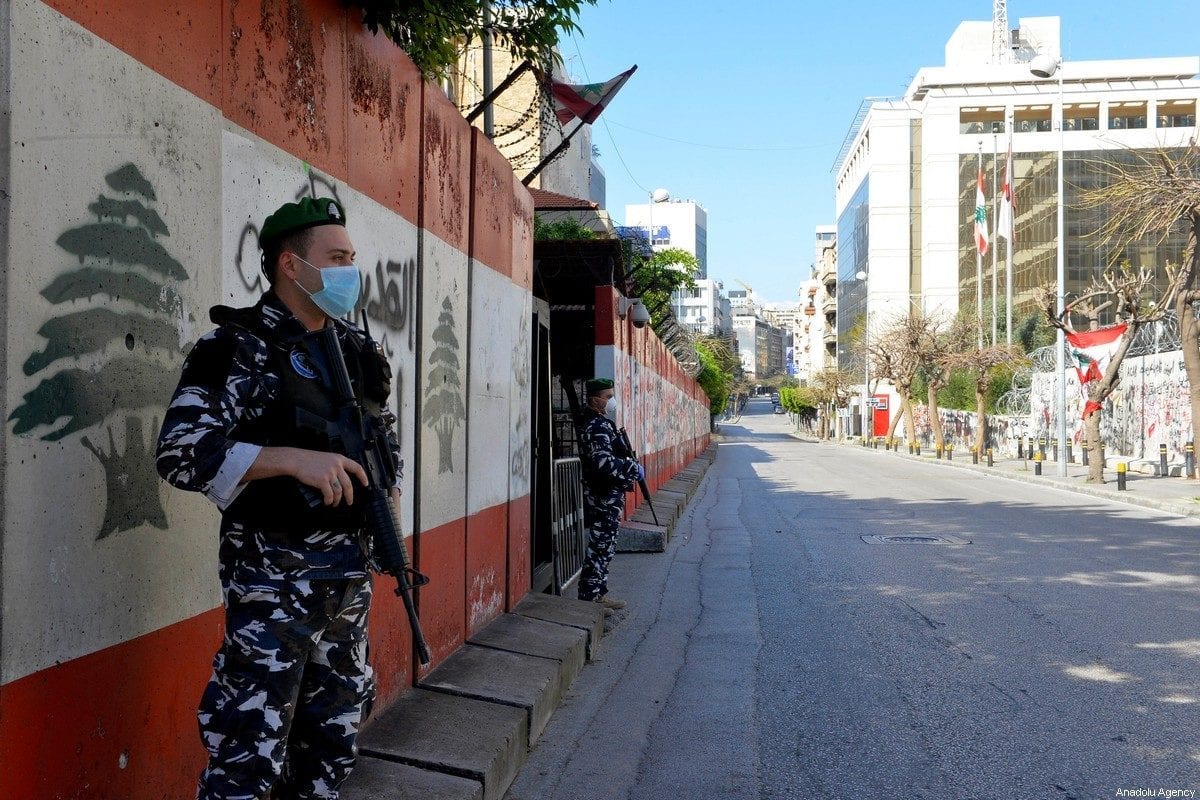 Security forces set up check points at streets as a state of emergency has been declared due to the coronavirus outbreak in Beirut, Lebanon on 22 March 2020 [Hussam Chbaro/Anadolu Agency]
May 12, 2020 at 7:43 pm

Lebanon's government has ordered most of the country to shut down again for four days, starting on Wednesday night, as it seeks to ward off a coronavirus resurgence after easing some restrictions.

The country has been under lockdown since mid-March to rein in an outbreak that has infected 870 people and killed 26. Lebanon started lifting restrictions last week as part of a longer-term plan, letting restaurants, hair salons, construction sites, and others re-open at a lower capacity.

But the cabinet agreed on Tuesday on the "full closure" for four days to curb a rise in new infections in recent days, after a drop in cases which the government had hailed as a success.

"This achievement is at risk of collapsing" because some people did not comply with the guidelines, Prime Minister Hassan Diab was quoted as saying during the meeting.

She added that the government would re-evaluate its original five-stage plan for gradually reopening the economy.

Beirut airport has been closed for nearly two months, except for flights bringing thousands of expatriates home, adding to the rise in infections.

The lockdown already includes an overnight curfew, with security forces patrolling some streets.

The pandemic has compounded woes in Lebanon, which was already wrestling with a financial crisis that has slashed more than half the value of its currency since late last year.