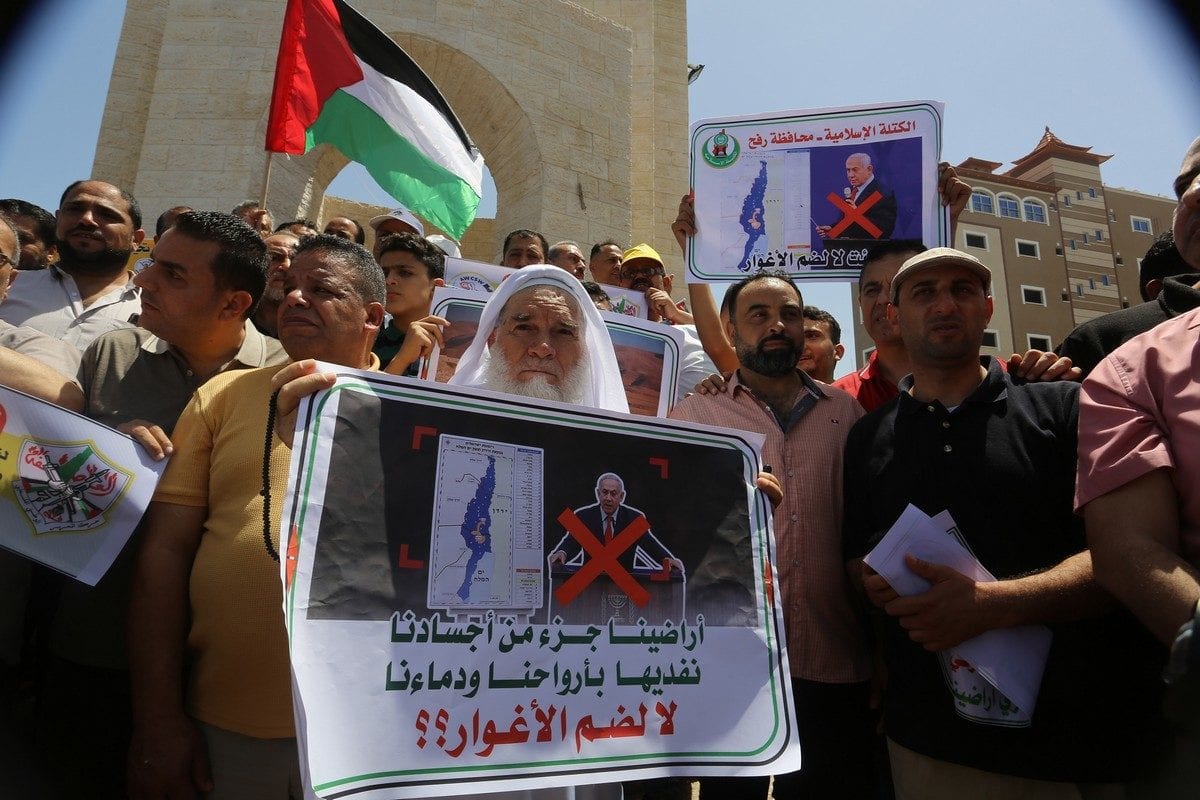 While Israeli Prime Minister Benjamin Netanyahu insists on pushing ahead with the annexation of large swathes of the occupied West Bank, the Palestinian Authority claims that it is opposing the plan. It has threatened several times to pull out of the Oslo Accords and related agreements with Israel.

This has seen, for example, with the PA refusing to accept the monthly tax revenues collected on its behalf by Israel, an arrangement which is just one of many agreements. This mean that the PA was unable to pay its employees' salaries due to the shortage of funds. Even supporters of the PA, Fatah and PLO — which dominate all official Palestinian institutions — feel unable attach any credibility to the PA's decision, because the reality on the ground does not match the rhetoric.

Although the PA claims to have scrapped all agreements with Israel, it has only pulled out of those which affect ordinary Palestinians and their daily lives. Those affecting Israel interests have been maintained.

READ: Are we right to expect so much from the Turkish President of the UN General Assembly?

Earlier this month, the PA security services discovered explosive pipe bombs in an open area on the outskirts of Jenin. According to Yedioth Ahronoth, they had been planted to target Israeli occupation forces when they raid the city. The Israeli newspaper reported that "valuable intelligence information… led the PA's security forces to uncover the hidden explosives." It pointed out that the PA received the information directly from the Israeli security services despite the PA's claim that security coordination with Israel has been ended. This is a practical example of the kind of fake threats that the PA makes against Israel.

Moreover, several PA officials have insisted that they will not let Palestinian resistance groups strike against the Israeli occupation or damage its interests. Civil Affairs Minister Hussein Al-Sheikh told the New York Times that the PA would continue fighting the Palestinian resistance movements and protecting Israelis despite halting security coordination with Tel Aviv. This is evidence from a minister that the PA is lying to the people of Palestine, and not for the first time.

The former PA-appointed governor of Khan Younis in the Gaza Strip, Fayiz Abu Shammala, tweeted at the beginning of June that the refusal to accept the tax revenues and then delay the payment of salaries is one of the "creative" PA tactics used to make the Palestinians too busy trying to provide basic essentials for their families to be able to fight the Israeli annexation plan. "We called on the PA to cut security cooperation and civil cooperation. It should accept what belongs to the Palestinians in any case, but it is using this issue for dirty purposes."

In the past, Israel has stopped the tax revenues, claiming that the money is used to pay stipends to Palestinian prisoners and their families. The PA then had to cut salaries to its employees because of the shortage of funds. After turning its employees into beggars and paralysing the Palestinian economy, the Palestinians appealed to the PA to accept the transfers and pay the salaries, while cutting the payments to the prisoners, freed prisoners, families of martyrs and the wounded, mainly in the Gaza Strip.

READ: UAE sabotages relations with Palestinians to normalise with Israel

This is part of the game that the PA is playing. It wants the people of Palestine to be so engrossed in making financial ends meet that they do not think about their national interests. At this time, this means that they will be too preoccupied with personal financial matters and so the Israeli annexation of their land will happen without any resistance.

In order to paralyse the Palestinians in the Gaza Strip, the delay of the monthly payment from Qatar is meant to have the same effect. I don't know if there is coordination between Israel and Qatar about it, but it certainly looks as if finance is being used to divert the attention of the people from the annexation plan. It is a shameful state of affairs.