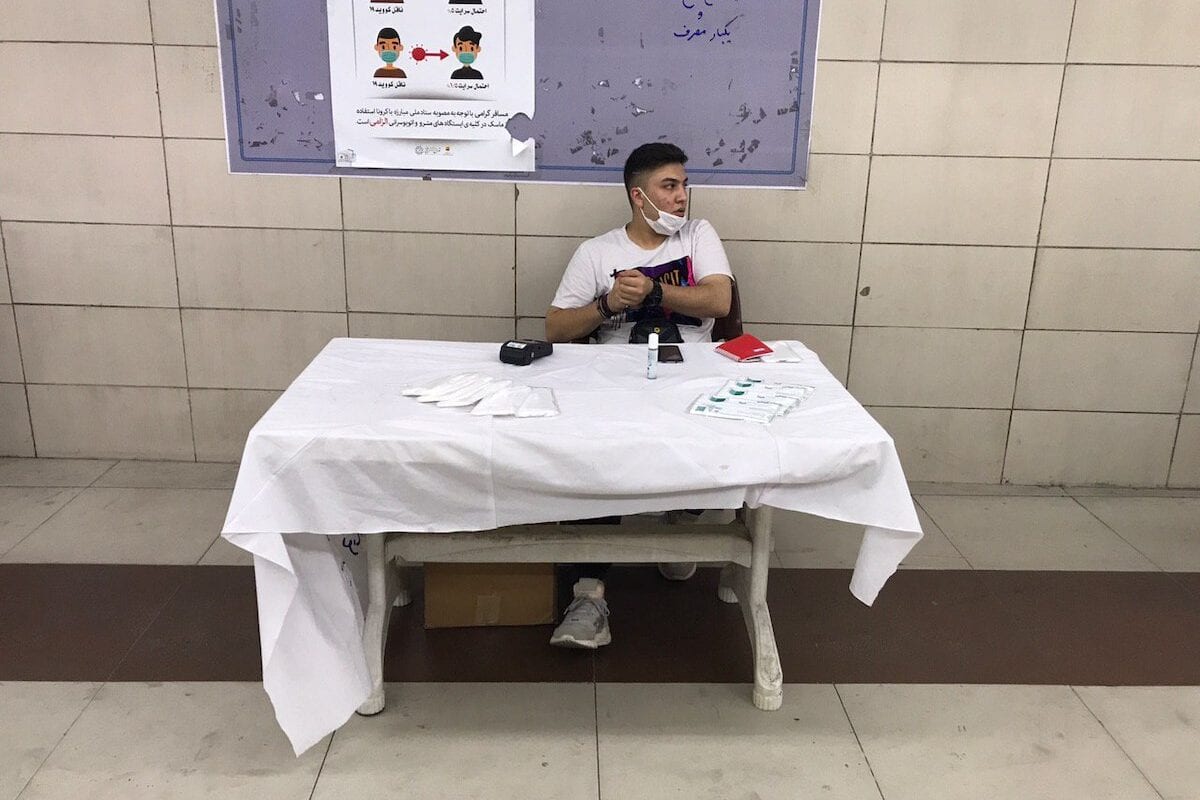 A man sells masks at entrance of a metro station after Iran re-imposes restrictions lifted on May due to the current increasing case level of the novel coronavirus (COVID-19) pandemic in Tehran, Iran on July 21, 2020 [Muhammet Kurşun - Anadolu Agency]
July 24, 2020 at 11:01 pm

The Iraqi Health Ministry said 90 patients died from COVID-19 over the past 24 hours, pushing the nationwide death toll to 4,212.

In Sudan, the virus claimed seven more lives, the Health Ministry said, adding that 65 cases were recorded over the past 24 hours.

In the UAE, the Health Ministry said one patient died and 261 others contracted the disease over the past 24 hours.

The Qatari Health Ministry said 394 new cases were registered over the past 24 hours, bringing the total number of cases in the country to 108,638, including 164 deaths and 105,420 recoveries.

Since first appearing in Wuhan, China last December, the virus has spread to at least 188 countries and regions.

The pandemic has more than 634,500 people worldwide, with over 15.56 million confirmed cases and nearly 8.89 million recoveries, the data shows.