Sisi: 2011 revolution aimed to destroy the state, not change it 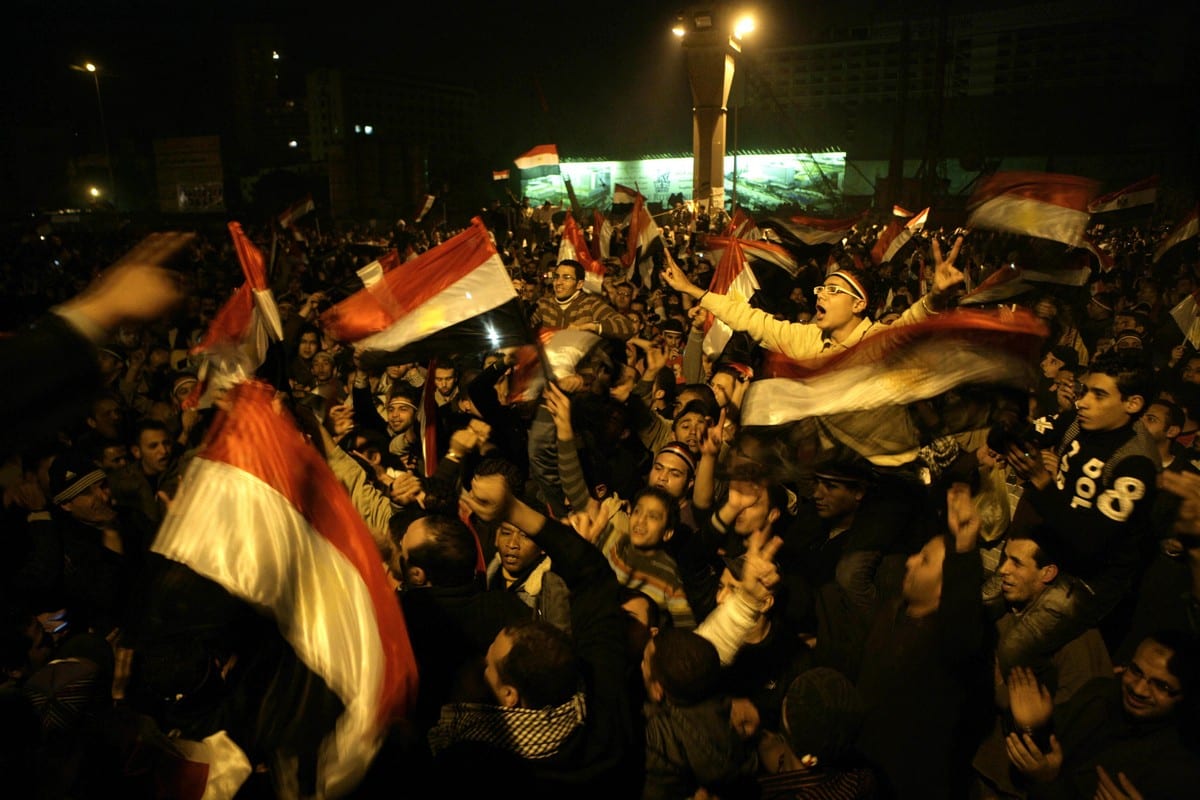 Egyptians celebrate the news that Hosni Mubarak has resigned amidst the 2011 revolution
October 12, 2020 at 9:42 am

"Those who ruled the country in 2011 took control after the state had collapsed," Al-Sisi said, in an apparently reference to the now outlawed Muslim Brotherhood. Adding that they were sacrificed the people of Egypt, the children, the women and the elderly. "They were ready to displace all of them and make them refugees for the sake of ruling the country," he said.

He continued: "Those who wanted to hurt 100 million people had no religion, no conscience and no humanity."

Al-Sisi highlighted some chaotic incidents which happened during the revolution and took them as evidence that the Muslim Brotherhood wanted to destroy the country.

He said that forms of wars have changed through times and "we have to educate our people" about them in order to avoid them.