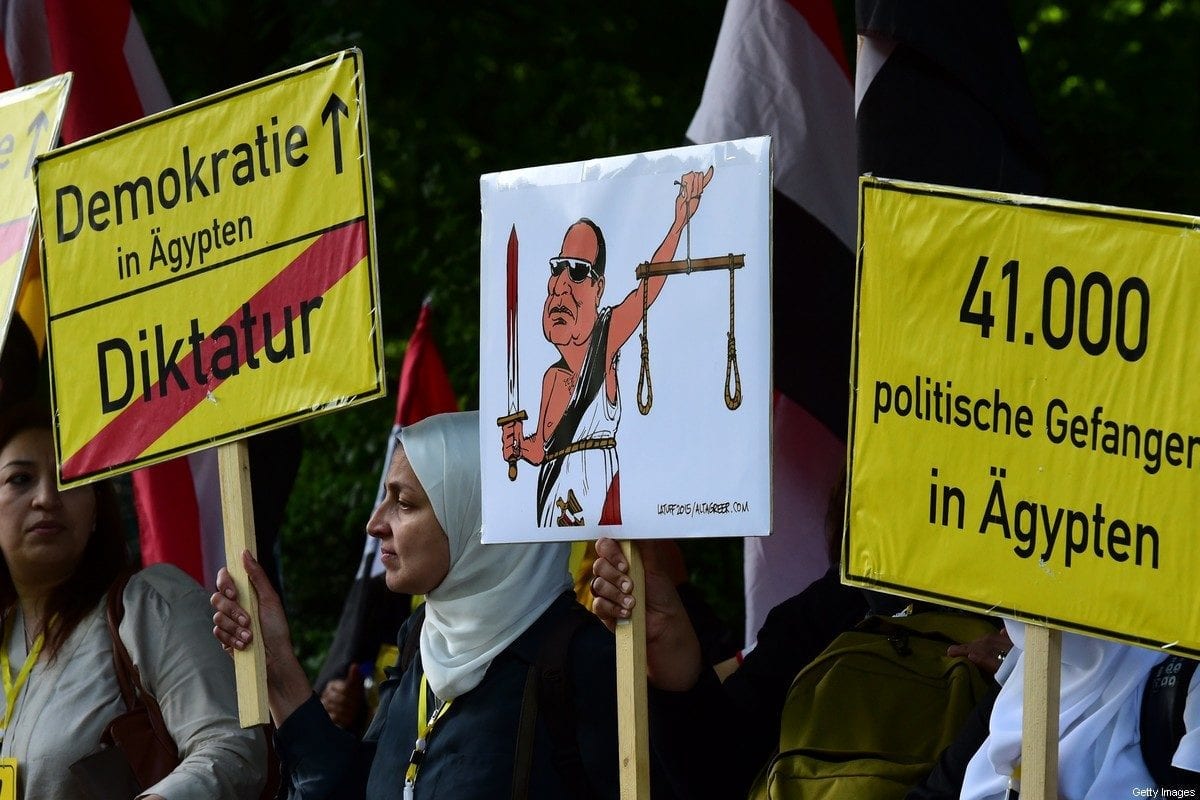 Protesters hold banners reading 'Democracy in Egypt- Dictatorship' ' 41 000 political prisoners in Egypt' prior arrival of Egyptian President Abdel Fattah al-Sisi for the meeting with German President in front of Schloss Bellevue castle on 3 June 2015 in Berlin. [JOHN MACDOUGALL/AFP via Getty Images]
October 22, 2020 at 3:00 am

Two hundred twenty-two members of the European Parliament (MEPs) sent an open letter to Egyptian President Abdel Fattah El-Sisi on 21 October to voice their: "Deep concern about the ongoing detention of prisoners of conscience in Egypt." The MEPs also called on him to end reprisals against human rights activists, according to German website DW.

The letter came two days after 56 congressmen in the US made a similar call to El-Sisi, stating that human rights abuses in Egypt will not be tolerated if Joe Biden wins the election, while demanding the release of a number of detainees.

They also asserted that the US will resort to sanctions if this message is ignored by the Egyptian authorities.

The release of political prisoners

The MEPs stated in their letter: "At a time when health risks are exacerbated due to the COVID-19 epidemic, we urge you to prioritise the prisoners' human rights and immediately release those who are detained unjustly."

The letter also referred to the continued detention of political activist Ramy Shaath, who has been detained for more than a year without having charges pressed against him, along with activist Alaa Abdelfattah and his sister Sanaa Seif.

The letter also mentioned the joint statement released by the World Health Organisation (WHO), the United Nations Office on Drugs and Crime (UNODC), the Office of the United Nations High Commissioner for Human Rights (OHCHR) and the Joint United Nations Programme on HIV/AIDS (UNAIDS), demanding the release of prisoners of conscience to reduce overcrowding in prisons. 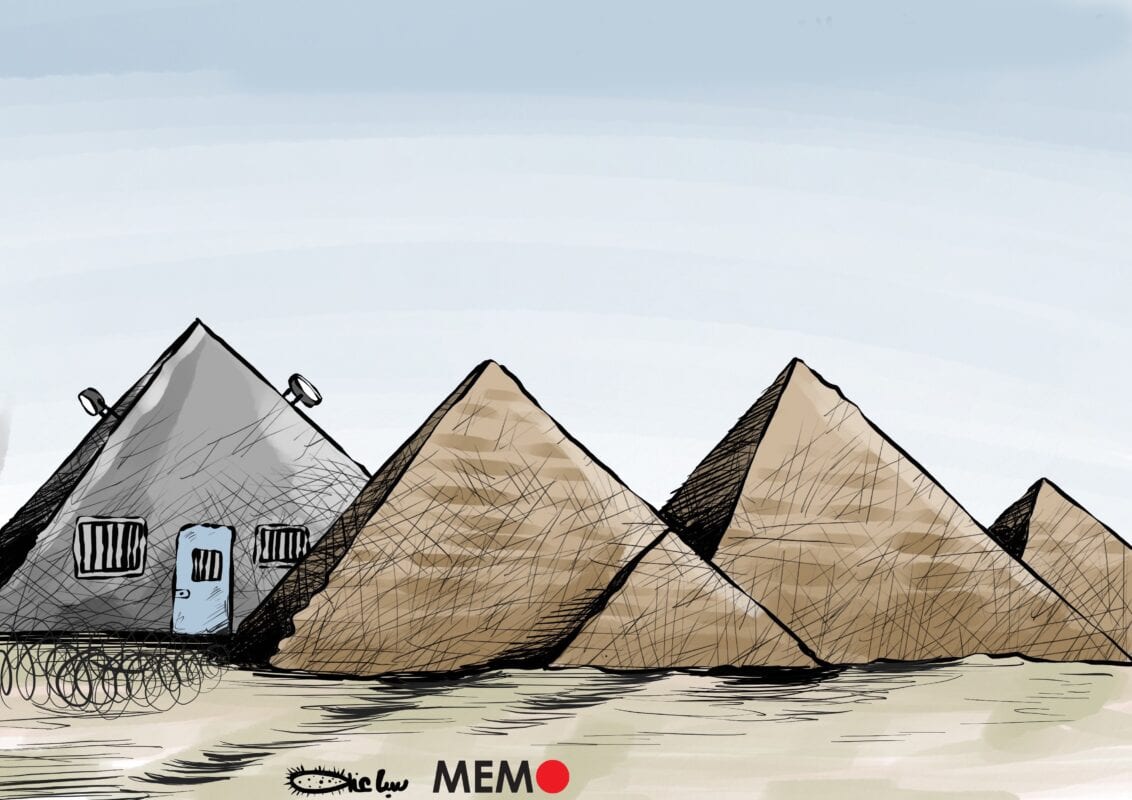 The letter's signatories stressed that: "Guaranteeing the fundamental rights and freedoms stipulated in the Egyptian constitution and international human rights treaties, which we have all signed, is a necessary basis for this partnership (between the EU and Egypt)," noting that the continued detention of prisoners of conscience not only undermines common interests, but also shakes the basis of bilateral relations.

According to several human rights organisations, including Human Rights Watch (HRW), the situation of prisoners in Egypt has worsened as a result of the coronavirus pandemic, which has infected and led to the deaths of many inmates due to overcrowding, poor health conditions and the lack of medical care.

In mid-August, the leader of the Muslim Brotherhood Essam El-Erian died in prison.

Human rights organisations estimate the number of political prisoners in Egypt to be close to 60,000.

The MEPs concluded the letter by urging the Egyptian president to end reprisals against human rights defenders, while calling for the release of political prisoners. They also made specific reference to human rights activist and campaigner Bahey Eldin Hassan, who was sentenced to 15 years in prison in absentia for criticising the Egyptian government.

A previous US warning

The Washington Post reported on Sunday that 56 lawmakers in the US Congress will send a letter on Monday to the Egyptian president to warn him that human rights abuses in Egypt will not be tolerated if Joe Biden wins the presidency next month.

The letter also urges El-Sisi to release the oppositionists and activists who must be granted their basic human rights, while warning of the spread of the coronavirus in Egyptian prisons.

The letter states that the detainees: "Should not have been imprisoned in the first place."

Californian Democrat MP Rohit Khanna indicated that there are clear indications that when the US administration changes, there will hopefully be a very different approach to foreign policy, especially concerning the Middle East.

Khanna added: "This means that our relations with Egypt will be reviewed from a human rights perspective, and human rights will be given priority again."

He explained that the immediate motivation for sending this letter was the security crackdown that the Egyptian authorities have launched in recent weeks against pro-democracy activists and oppositionists. More than 900 people have been arrested since 20 September, following anti-Sisi demonstrations in some Egyptian regions, according to the Egyptian Commission for Rights and Freedoms (ECRF).

Thousands of political oppositionists, human rights activists and pro-democracy lawyers are detained in Egyptian prisons, sparking widespread condemnation by various international human rights institutions. However, the calls to release the detainees were ignored by Cairo.

READ: The popular protests in Egypt against Sisi have broken through the wall of fear