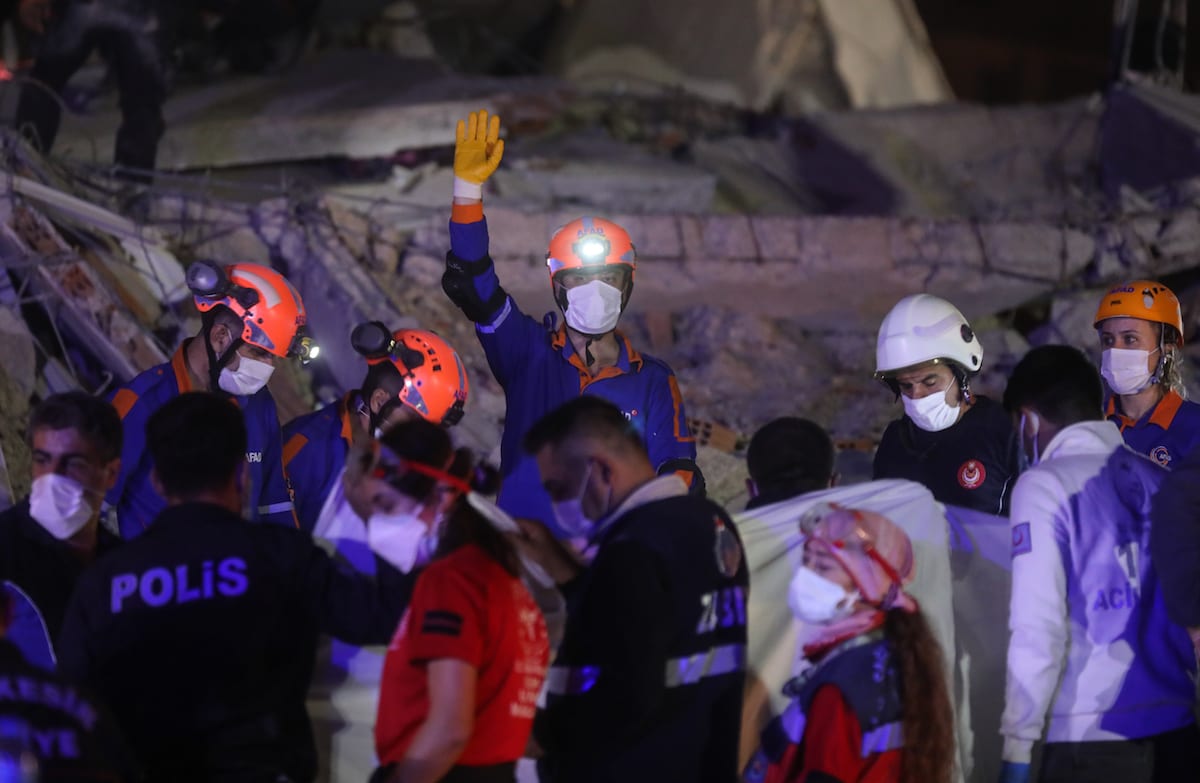 Search and rescue works continue to be carried out at debris of buildings located in Bornova after a magnitude 6.6 quake shook Turkey's Aegean Sea coast, in Izmir, Turkey on October 30, 2020 [Mahmut Serdar Alakuş - Anadolu Agency]
October 30, 2020 at 10:10 pm

At least 17 people were killed and 709 others injured when a magnitude 6.6 earthquake jolted the city of Izmir on the Turkish Aegean on Friday, said the country's disaster management agency.

At least 196 aftershocks, with 23 of them more powerful than magnitude 4.0, were recorded after the quake, according to the Disaster and Emergency Management Authority (AFAD).

Speaking at a news conference, country's Environment and Urbanization Minister Murat Kurum said: "1,227 search and rescue teams are operating in the field."

He added that eight injured people were in intensive care, while five others are in surgery.

The agency noted that among the fatalities was a person who drowned following the quake.

Earlier, Izmir Governor Yavuz Selim Kosger said that the earthquake triggered a partial tsunami in the coastal district of Seferihisar, which left at least one person injured.

So far 70 people have been rescued from the debris, according to the governor.

Search and rescue work continues around 17 destroyed and damaged buildings in the city of some 4.37 million – Turkey's third-largest city by population.

Over 50 vehicles and nearly 200 rescue workers were dispatched to the scene, AFAD added.

The Turkish Red Crescent also sent 48 staffers, 16 vehicles, and three mobile field kitchens which have the capacity to serve over 25,000 people.

It also said emergency aid of 5 million Turkish liras (around $600,000) was sent to the region by the Family, Labor and Social Services Ministry.