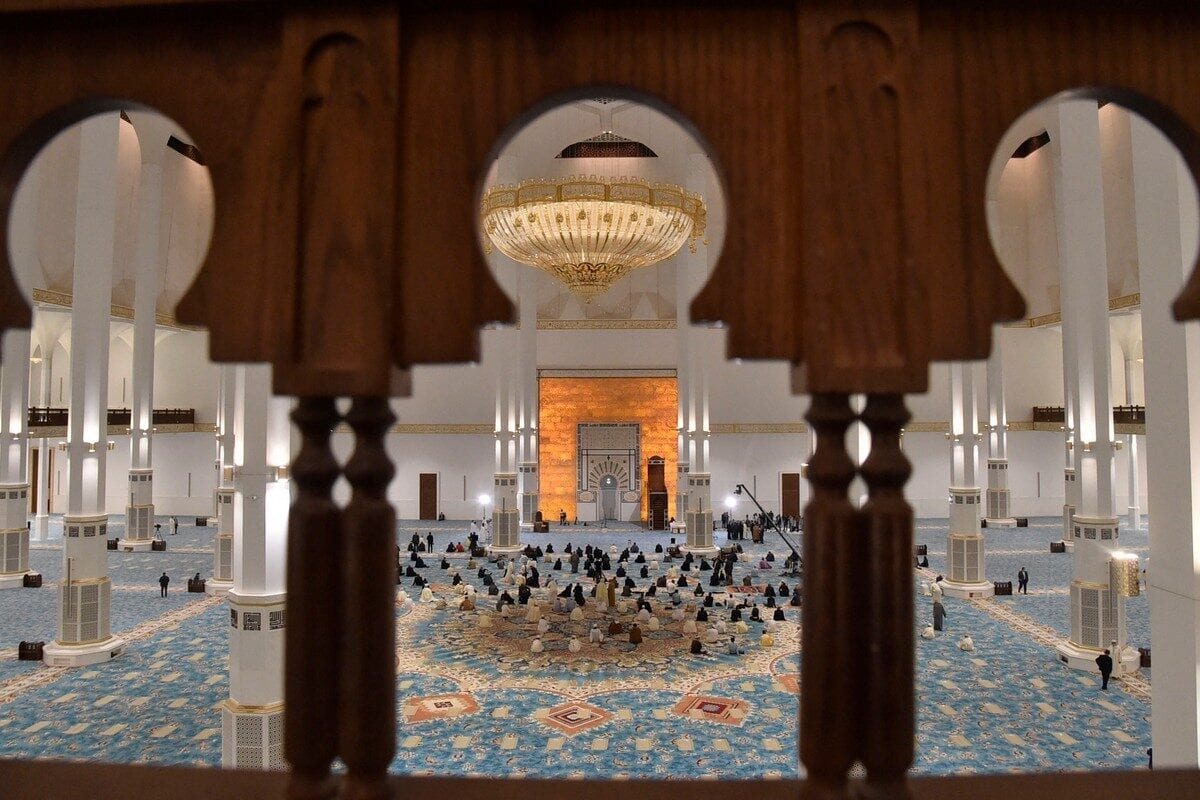 Algeria's Grand Mosque, the third largest in the world after the holiest sites in Makkah and Madinah and the largest in Africa, was inaugurated on Wednesday evening on the occasion of the Mawlid, Prophet Muhammad (peace be upon him)'s birthdate. The opening ceremony was attended by Prime Minister Andelaziz Djerad and other government officials.

President Abdelmadjid Tebboune was scheduled to inaugurate the prayer hall, which can serve a maximum of 120,000, however could not attend due to being admitted to hospital the day before, although state media did not specify if Tebboune tested positive for COVID-19, his condition was reported as stable.

Known locally as Djamaa El Djazair, it is to be open for its first public prayers next week, a year and a half after its construction was completed. The mosque is described as being both modernist in design, with an Andalusian interior, and boasts the world's tallest minaret at 267 metres, towering over the previous tallest minaret in neighbouring Morocco's Casablanca. The minaret is said to be fitted with elevators and viewing platforms that overlook the capital and Bay of Algiers.

READ: Algeria: Calls for president to take a stand against Macron

However, the construction of the mosque has faced criticism as being a vanity project and symbol of megalomania of former long-term President Abdelaziz Bouteflika who was forced to step down amid mass protests against his two-decades in power. The seven-year construction work was completed last April, three years behind schedule. The company in charge, China State Construction Engineering, brought in labourers from China.

Sociologist Belakhdar Mezouar was quoted by AFP as saying the mega-mosque "was not built for the people" and that Bouteflika had it built in order to compete with Morocco and to put the construction on his CV, "so he could get into paradise on judgement day".

The expenditure of over $1 billion in public money was also met by disapproval by others, with youth unemployment and much needed improvements in the health and educational sectors seen as a more important priority for the country.

"There is a mosque in almost every neighbourhood," said Said Benmehdi, an Algiers resident in his seventies, whose two children are both unemployed. He told AFP that he would have preferred for the "state to build factories and let young people work".