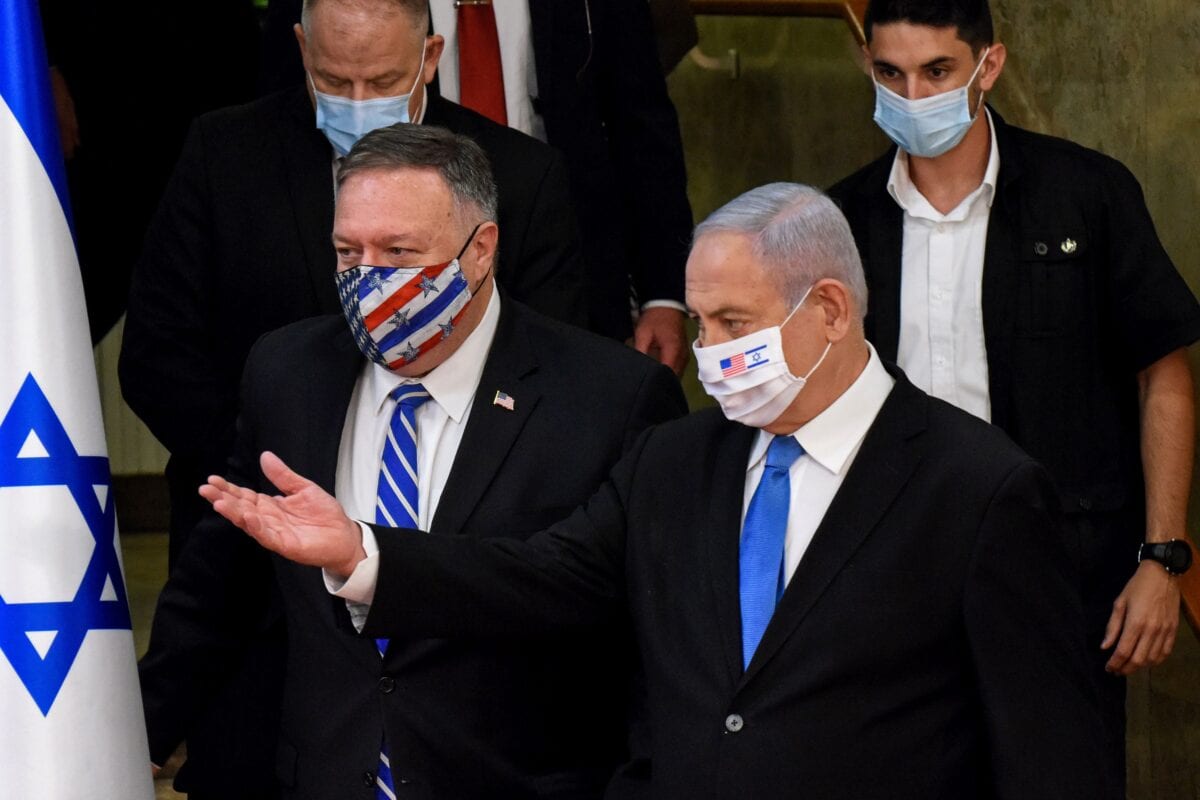 US Secretary of State Mike Pompeo (L) and Israeli Prime Minister Benjamin Netanyahu arrive wearing protective masks to make a joint statement to the press after meeting in Jerusalem, on August 24, 2020 [DEBBIE HILL/AFP via Getty Images]
October 31, 2020 at 1:24 pm

After around a year of clandestine talks between Israeli officials and Sudanese decision-makers, US President Donald Trump announced a normalisation agreement between Israel and Sudan earlier this month, Israeli diplomatic analyst Barak Ravid revealed on Thursday.

The US officially brokered the normalisation deal, Ravid disclosed in an analysis reported by Axios, adding that it was Israel that facilitated talks between the US and Sudan, which included Sudan's removal from the US' State Sponsors of Terrorism list.

Ravid claims that his analysis is based on the accounts of four US diplomats who were involved in the issue but preferred not to be named.

The Israeli journalist reported that progress between the US and Sudan moved slowly for several months. However, after the United Arab Emirates (UAE) normalised relations with Israel, the US started to look for more countries to follow suit.

Opinion: The threat to peace has forced Sudan to normalise with Israel

Israel seized the opportunity and proposed that the US open a dialogue with Sudan over Israeli-Sudanese normalisation talks, Ravid said, noting that the UAE made the same proposal.

During the visit of US Secretary of State Mike Pompeo to Israel in August, Netanyahu's aides lobbied him, advising on how to deal with Sudan, and facilitating a direct flight for him from Tel Aviv to Sudan.

According to Ravid, Al-Burhan was "anxious" to sign a deal involving Sudan's removal from the US terror list and normalisation with Israel, and needed Sudanese Prime Minister Abdalla Hamdok's support.

Pompeo took the mission with Hamdok, informing him that Trump was ready to remove Sudan from the terror list and send aid to the African country through the normalisation of ties with Israel.

Read: Normalising ties with Israel is of benefit to Sudan, Hemedti says