Joe Biden's victory in the US Presidential election has sparked a flurry of commentaries on its meaning and significance. The general tendency of such reflection has been to overstate the magnitude of the moment, as though the world has been saved from the brink of disaster allowing us all to breathe a collective sigh of relief, while also understating the social, political and economic conditions and leadership failures that gave rise to "Trumpism" in the first place.

Keir Starmer's musings on the Biden victory are no exception. Writing in the Guardian, the British Labour Party leader — in the middle of a purge of left-wing progressives from the party — applauded the President-elect for uniting the Democrats with strong leadership, which he acknowledged was key to defeating Donald Trump. Biden managed to galvanise supporters of his rival for the Democrat nomination, Senator Bernie Sanders, as well as the growing number of progressives in his party whose Labour counterparts in Britain are on a collision course with Starmer.

In Starmer's estimation, Biden's triumph holds the key to his own success. "This election also had stark lessons for those of us who want to see progressive values triumph over the forces of division and despair," he said as he set out a roadmap for his own victory in the next General Election. "The Democrats' path to victory was paved by a broad coalition, including many of the states and communities that four years ago turned away from them."

OPINION: Ankara and Washington have work to do to maintain their relationship

The Labour leader's article was mainly about "Britain's special relationship" with the US and how the two countries can come together to advance "shared interests". His message seemed to be that the Americans have played their part in electing Biden to the Oval Office and all that was required now for a kinder politics and a better world was for the British electorate to play its part in defeating Prime Minister Boris Johnson, Britain's very own Trump "clone", as Biden has called him. 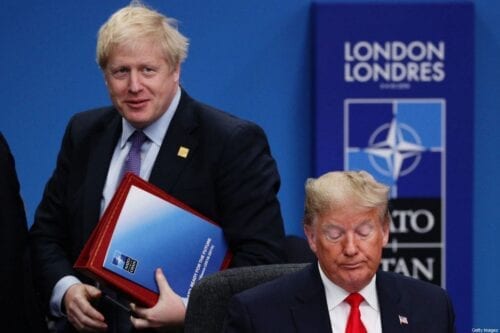 According to Starmer, "It takes political leaders who listen, learn and renew," to win an election; leaders who are able to "[speak] to the soul of the nation, with a focus on who people are and what they value." This is likely to be viewed by the party faithful as his commitment to being the charismatic figure who will unite the party and lead them to victory.

Unfortunately, the Labour party has descended into civil war following the suspension of former leader Jeremy Corbyn, and there are too many who think that Starmer lacks the leadership qualities that inspired his article in the Guardian. He also lacks charisma. Having ostracised members of his own party by sacking senior left-wing figures in his shadow cabinet, Starmer is facing a rebellion that could prove to be fatal. Millions of Labour voters inspired by Corbyn's message of social equality and justice are asking if Labour remains the party to advance a progressive agenda.

For many, Corbyn's suspension was the final straw, and that could derail Starmer's hope of uniting Labour. It followed a 17-month investigation by the Equalities and Human Rights Commission (EHRC) which found no evidence of anti-Semitism attributable to the former leader, or any evidence of institutional racism within the Labour Party. The move to suspend Starmer's predecessor was thus highly divisive and controversial, to say the least.

And that's not all. There is a good chance that Starmer will face a legal challenge over the suspension, which will cause further division within the party.

In another test of his leadership, a pro-Israel organisation whose claims of institutional anti-Semitism within Labour triggered the EHRC investigation in the first place has lodged further complaints against 15 sitting Labour MPs. It's not at all clear how the party will respond, but Starmer's handling of this unsettling saga will determine if Labour remains a united force capable of taking on the Conservatives.

In seeking to emulate Biden, Starmer does not appear to have grasped the other important lesson of the Democrats' success. Any party wanting to defeat populist politicians must embrace left-wing progressives.

Pollsters are predicting that while Democrats in America are facing the loss of seven to 11 seats in the House of Representatives, members of the progressive camp known as the Squad have not only secured their seats by a greater margin but have also seen their numbers increase. The likes of Ilhan Omar, Rashida Tlaib and Alexandria Ocasio-Cortez have been joined by Jamaal Bowman, Iman Jodeh and several others from the progressive camp. Bowman defeated a 16-term, pro-Israel, right-wing candidate to stand on a Democrat ticket, while Jodeh became the second Palestinian American Muslim congresswoman (Tlaib being the first). 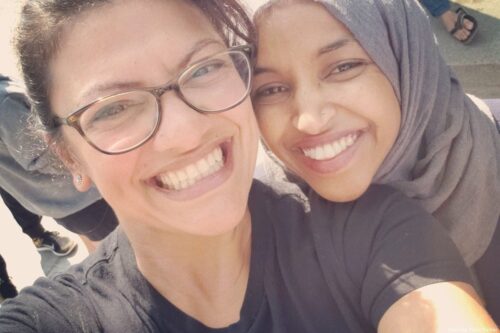 Both Omar and Tlaib managed to secure handsome victories in their respective states despite a very tight presidential race in Minnesota and Michigan respectively. The victory of the two progressives is made even more remarkable given how Trump sought to demonise them. In nearly every one of his rallies, he singled out Omar for attack, arguing that she was so toxic in Minnesota that she would deliver the state's suburbs to him. He made the same claim about Tlaib in Michigan. Both candidates also faced hostile primary elections that saw pro-Israel lobby groups coming out in force to have them ousted.

Starmer needs to learn from this if he wants to become Britain's next prime minister. A Labour leader who fails to embrace and unite all sections of the party will not defeat the Conservatives who, like their counterparts around the world, have been emboldened by right-wing populist sentiments. Centre-right parties — if they can still be called that — have managed to increase their voter base by appealing to people whose natural political home has traditionally been amongst the more extreme parties on the fringes of legitimate politics.

Nothing will guarantee another Conservative victory more than a split within Labour. If Starmer is honest about wanting to defeat the governing party he needs to be realistic and acknowledge that he has to preserve Labour's broad umbrella that provides a political home to centrists and progressives alike. For Labour to mount a realistic challenge, Starmer needs to show the leadership qualities of Biden and demonstrate that Labour is indeed the party which can "speak to the soul of the nation, with a focus on who people are and what they value."