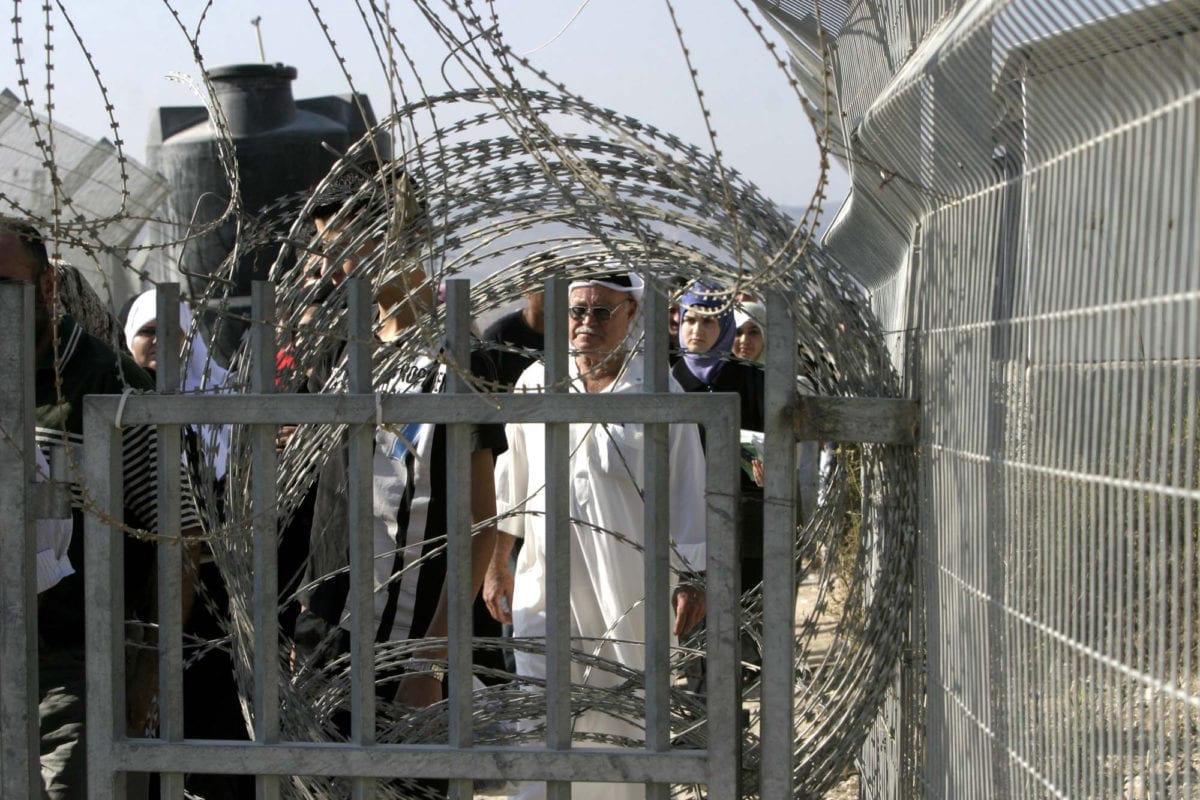 Palestinians wait to cross an Israeli checkpoint in the West Bank [apaimages]
February 22, 2017 at 12:18 pm

An Israeli writer called on Tuesday for discussions about handing over the occupied West Bank to Jordan as another possible option for solving the Israel-Palestine conflict, Al-Resalah newspaper has reported.

In an article for the Israeli news website NRG, Yair Sheleg said that the agreement between Prime Minister Benjamin Netanyahu and US President Donald Trump not to stick to the two-state solution opens the door for other options. He noted that to-date there have only been two choices for solving the problem of the West Bank, which Israel considers to be the core of the conflict: the two-state solution or annexing the West Bank to Israel. Both are dangerous for Israel, he suggested.


Due to the fact that the Palestinians are not ready to accept a state which meets the minimum Israeli conditions — it must be de-militarised and depend on an Israeli security and military presence in the Jordan Valley — they have recently concentrated on challenging Israel in the international arena.

Full withdrawal from the West Bank is impossible, claimed Sheleg. He cited the position of the Gaza Strip, which is very small geographically but, controlled by the Palestinians, it is a "land at war" with Israel. He added his belief that annexing the West Bank is also impossible because it would either lead to the Palestinians having a degree of autonomy of the kind which failed in South Africa, or Israel would have to grant West Bank residents full citizenship, which would see Israel losing its "Jewish identity".


Handing the West Bank to Jordan, he said, would mean that the Palestinians would be Jordanian citizens and Jordan has deep security connections with Israel. As such, the government in Amman would accept a de-militarised West Bank and the presence of the Israeli army in the Jordan Valley; it might also accept settlement blocs.