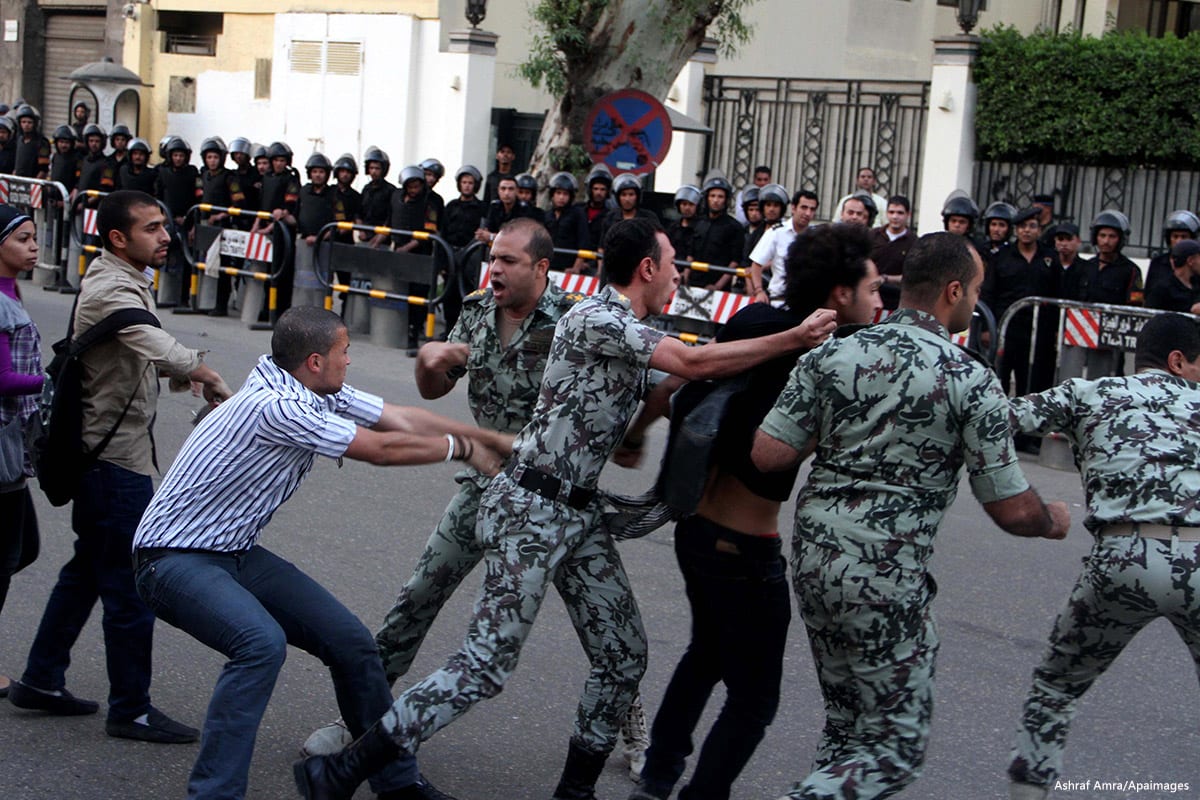 A new report by the Egyptian-based Association for Freedom of Thought and Expression, "Besieged Universities", says that Egyptian authorities took punitive action against 2,297 student activists nationwide between 2013 and 2016. The report comes at a time when the "security grip on political activity in Egypt is at its peak".

Since the 2013 military coup in Egypt there has been an "explicit orientation towards a restoration of the security grip on Egyptian universities" and restore it to it's pre revolution state.

The report details the "alarming development" of attacks over recent years, which includes the extrajudicial killing of students, arrests on campus, the expulsion of students and military trials, all carried out with the intention of silencing anyone who opposes the current regime.

Attacks on higher education have continued over the last years, says the report, whilst the room for civil society to operate has shrunk. Students who work for change are often seen as a threat and are denied their fundamental right to education as a result.