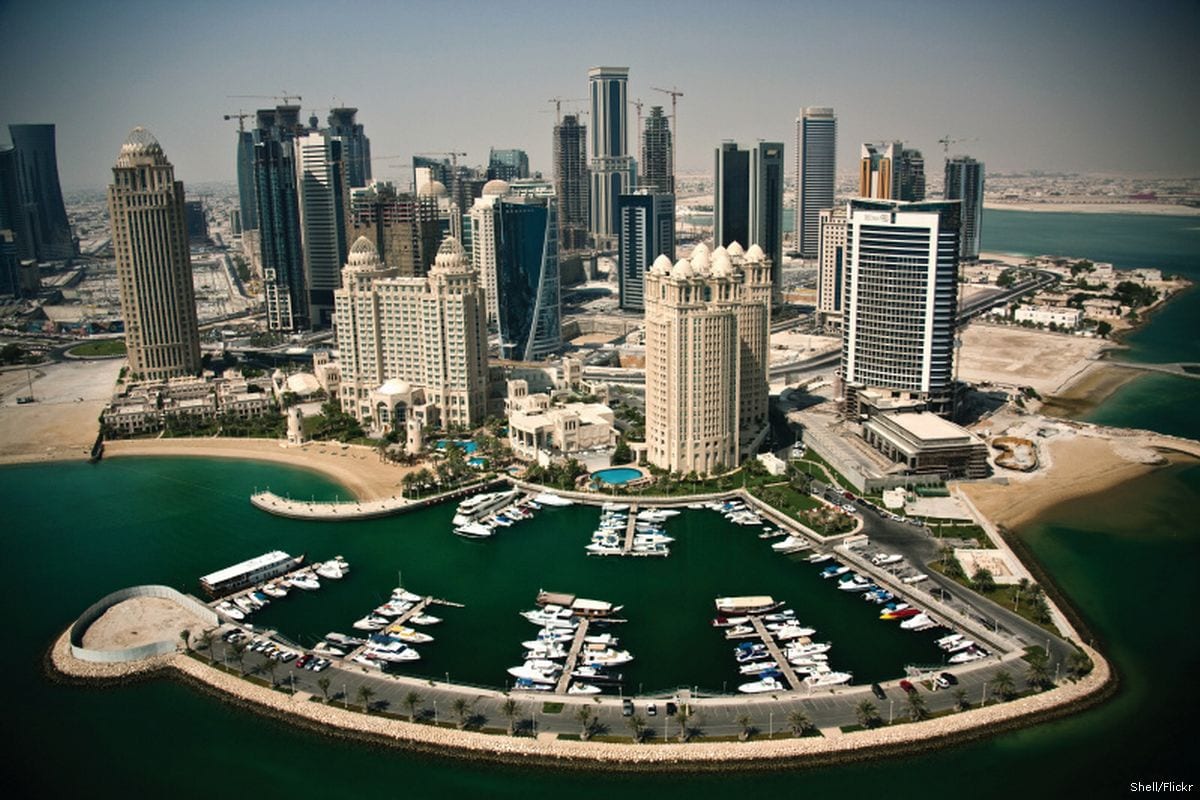 Qatar's financial markets stabilised on Monday after a week of losses as the government showed it could keep the economy running in the face of sanctions by its neighbours.

The finance minister of the world's richest country per capita played down the economic toll of the confrontation, and said the government was "extremely comfortable" with its financial position, with the resources to endure the pressure.

Saudi Arabia, the United Arab Emirates, Bahrain and Egypt cut diplomatic and transport ties with Qatar a week ago, accusing it of fomenting regional unrest, supporting terrorism and getting too close to Iran, all of which Doha denies.

The biggest diplomatic rift in years among the rich states of the Gulf has disrupted Qatar's imports of food and other materials and caused some foreign banks to scale back business.

On Monday, it was becoming clear that Qatar could keep the economic damage from becoming critical. Some of its food factories were working extra shifts to process imports from nations outside the Gulf, such as Brazil. Shipping lines have re-routed container traffic via Oman instead of the UAE.

Such measures may involve delays and raise costs for Qatar; on Monday Fitch put Qatar's AA credit rating on Rating Watch Negative, saying a sustained crisis could hurt its credit outlook. But they are unlikely to prevent the economy from functioning in any fundamental way, economists say.

The diplomatic confrontation has become a major test for the United States, which is closely allied to the countries on both sides. Qatar hosts the Middle East headquarters for US air forces; Bahrain hosts the main base for the US Navy.

As the world's leading exporter of liquefied natural gas, Qatar's wealth has allowed it to crown its small Gulf peninsula with skyscrapers. It has also given the government the means to take an outsized role in regional affairs, sponsoring factions in revolts and civil wars and brokering peace deals across the Middle East. Several neighbours have been furious for years.

In Washington, US President Donald Trump, who has strongly backed the countries imposing sanctions on Qatar despite a more neutral stance taken by the State Department and Pentagon, said the measures were helping to stop terrorism funding.

"One of the big things that we did and you are seeing it now is Qatar and all of the things that are actually going on in a very positive fashion. We are stopping the funding of terrorism," he said during a photo call with cabinet officials. "We are going to starve the beast."

Qatari Foreign Minister Sheikh Abdulrahman al-Thani told a news conference in France that Qatar "still had no clue" why the nations cut ties. He denied that Qatar supported groups like the Muslim Brotherhood that its neighbours oppose, or had warm ties with their enemy Iran.


So far, the measures do not seem to have caused a serious shortages of supplies in shops. Some people have even joked about being "blockaded" inside the world's richest country: a Twitter page called "Doha under siege" pokes fun at the prospect of readying "escape yachts", stocking up on caviar and trading Rolex watches for espresso.

But an economic downturn could have more dire consequences for the vast majority of Qatar's 2.7 million residents, who are not citizens but foreign workers. Migrant labourers make up 90 percent of Qatar's population, mostly unskilled and dependent on construction projects such as building stadiums for the 2022 soccer World Cup.

In an interview with CNBC television — one of the first public appearances by a Qatari economic policy maker since the crisis erupted — Finance Minister Ali Sherif al-Emadi said the government was "extremely comfortable with our positions, our investments and liquidity in our systems".

The energy sector and economy are essentially operating as normal and no serious impact has been felt on supplies of food or other goods. Qatar can import goods from Turkey, the Far East or Europe and will respond to the crisis by diversifying its economy even more, he told CNBC.

"Our reserves and investment funds are more than 250 percent of gross domestic product, so I don't think there is any reason that people need to be concerned about what's happening or any speculation on the Qatari riyal."

Jason Tuvey, a Middle East economist at London-based Capital Economics, said that as long as the other Gulf countries did not interfere with Qatar's gas exports, the tiny state should be able to carry on without a serious recession.

"It seems Qatar would be able to weather quite a prolonged period of sanctions," he said, adding that economic growth, fuelled by government spending and infrastructure projects, was "highly unlikely to grind to halt".

Qatar, like other Gulf states, has tried to diversify from oil and gas. The sanctions have hurt one of its highest-profile enterprises, fast-growing airline Qatar Airways, which says it has been cut it off from 18 of its destinations.

"It is actually a travesty of civilised behaviour to close airline offices. Airlines offices are not political arms," CEO Akbar Al Baker told CNN. "We were sealed as if it was a criminal organisation. We were not allowed to give refunds to our passengers."

He added that he was "extremely disappointed" in Trump. Washington "should be the leader trying to break this blockade and not sitting and watching what's going on and putting fuel on (the) fire."

Qatar's riyal currency, pegged at 3.64 to the US dollar, was under pressure last week as banks reacted nervously to the diplomatic rift. On Monday, the currency came off last week's lows in the spot and offshore forwards markets.

Bankers said the central bank, which has $34.5 billion of net foreign reserves backed by an estimated hundreds of billions of dollars of assets in Doha's sovereign wealth fund, was supplying enough dollars to keep exchange rates under control.

The cost of insuring Qatar's sovereign debt against default fell back for the first time in a week. Yields on Doha's international bonds dropped almost 10 basis points and the stock market stabilised after sliding 8.7 percent in the past week.

Read: Our economy can withstand the blockade says Qatar


Tuvey said the main threat to the economy was that Qatari banks could find it much harder to obtain wholesale funding from other banks to sustain growth in their loan portfolios. However, if the situation becomes critical, the Qatari government can liquidate some of its overseas assets to fund its banks, as Saudi Arabia did last year when its banks faced a squeeze.

Qatar's sovereign wealth fund has major stakes in top Western companies such as Credit Suisse. Asked by CNBC whether it might now sell some of those stakes to raise money, Emadi indicated this was not on the cards for now.

Qatar's normally bustling border with Saudi Arabia was deserted on Monday. Soldiers in an armoured pick-up truck looked out over barbed-wire at sprawling dustland separating Qatar from Saudi Arabia. Indian migrants who work at the border in green uniforms lay on inspection platforms sheltering from the sun.

Normally, thousands of passengers and hundreds of trucks from Saudi Arabia pass through the crossing each day, bringing fruit and vegetables, as well as construction materials.