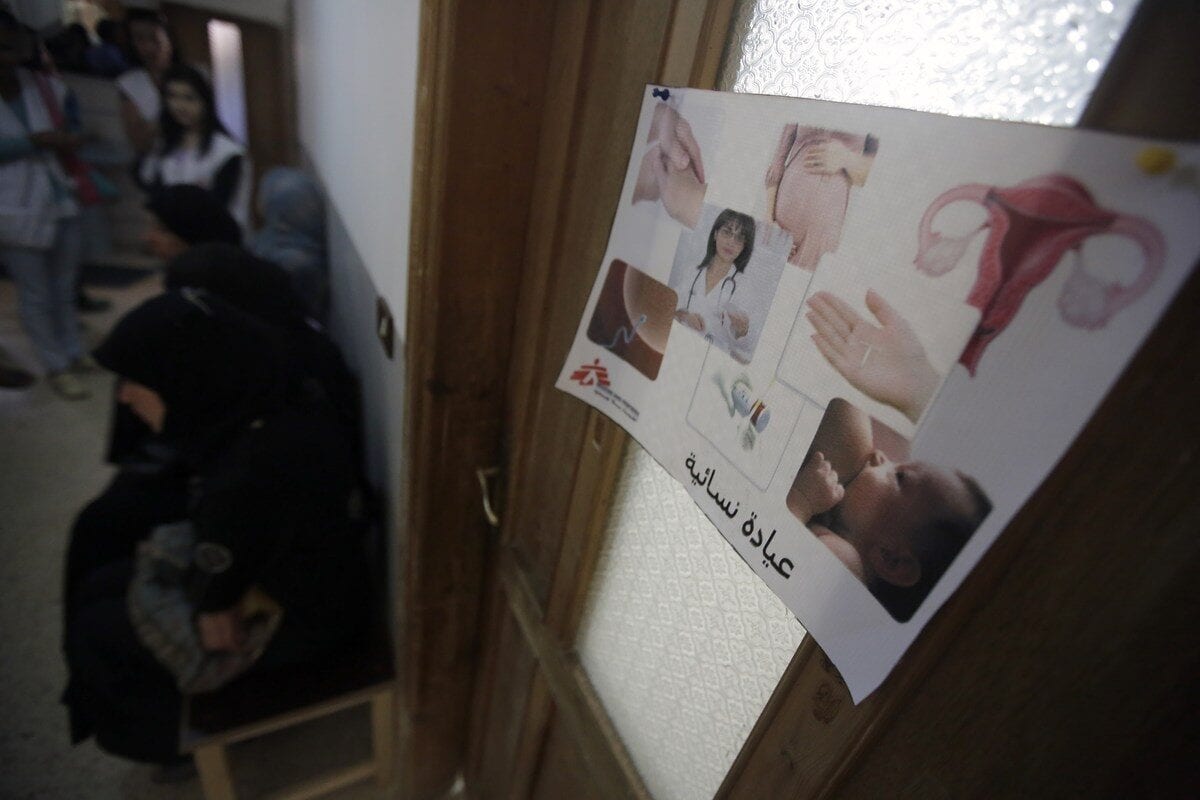 Pregnant women wait for a check-up at a clinic managed by Medecins Sans Frontieres (MSF) in Arsal, Lebanon [JOSEPH EID/AFP via Getty Images]
July 18, 2020 at 3:25 pm

Women in Lebanon are having to reuse disposable sanitary pads after a sharp rise in prices, campaigners have warned, criticising the government of the crisis-hit country for not including pads and tampons on a list of subsidised imports.

Prices of sanitary products, which are mostly imported, have risen by as much as 500% after a plunge in the value of the Lebanese pound that has pushed even once affluent families into poverty and raised the prospect of mass hunger.

We now have middle-class people asking for period pads – poor people are no longer a small segment of society. There are women who are cleaning their pads which are not reusable, they're using cloths and… it's not hygienic at all. It's very sad when you hear their stories,

On July 9 the government listed about 300 items that importers can bring in at a fixed exchange rate of 3,900 Lebanese pounds ($2.59) per dollar, compared to the rate of 9,500 pounds that some local traders are using.

While razors were included on the list, sanitary products were not, prompting anger on social media from people who argued that "beards can wait, but periods cannot".

Raoul Nehme, the minister of economy and trade, said the materials used to make sanitary products would be subsidised, meaning locally-made ones could be sold at lower prices.

"Through this strategy, we're supporting the consumer… and also helping the Lebanese economy," he told the Thomson Reuters Foundation.

But university student Nagham Abouzeid, 20, said the price savings might not be passed on to the consumer.

"What I'm worried about is that we live in a free market," she said. "How can they guarantee that the (manufacturer) is going to reduce the prices?"

Coronavirus restrictions have also made it difficult for women to access sanitary pads as well as contraceptive pills and sexual health services, said Sarah Kaddoura, a director at the A Project, which works on reproductive justice and sexual rights.

They face an increased risk of infections as they resort to unsafe methods such as rags the way "older women used to", Kaddoura said.

As period poverty rises, solutions are limited, said Masri whose initiative has distributed about 450 donated period kits since May through local charities delivering care packages to women in need.