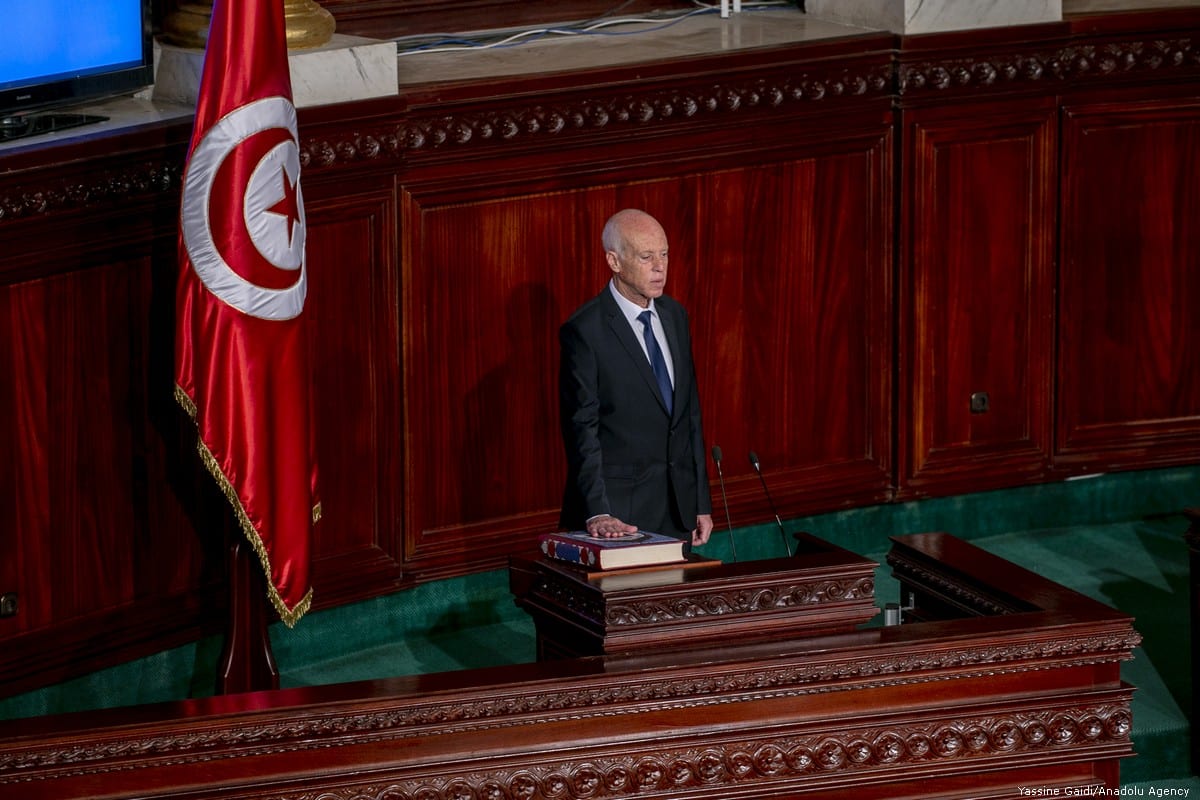 Tunisian President Kais Saied vowed on Wednesday that the army is ready to confront those who conspire with foreign elements against the state. Saied issued his statement a day after visiting the headquarters of the Army Special Forces Corps and the Ministry of the Interior.

"Whoever conspires against the Tunisian state has no place in it… The armed forces are ready in all times and places, and will face vigorously anyone who encroaches upon the state or even thinks about transgressing its legitimacy," he warned. "Whoever thinks that he can infringe on legitimacy from the outside or the inside, the armed forces will confront the conspiracies that are being hatched… Our heroic national army accepts nothing but victory or martyrdom, and it will not accept any aggression against Tunisia or a deviation from legitimacy."

Saied said that he knows the details of what is being done to undermine the state, and what the objectives are. "Even what they say in their dinner receptions and meetings. The chaos they seek to bring into the country will be foiled by the will and resilience of the army, whatever the sacrifices will be… We will never accept the presence of traitors who are plotting to bring unrest to Tunisia."

This is not the first time that Saied has spoken of conspiracies being plotted against his country in cooperation with foreign parties. Last December, on the anniversary of the Tunisian revolution, he promised to work to fulfil the demands of the Tunisian people "despite the manoeuvres and conspiracies that are being hatched in the dark."

Just over a year ago, the Tunisian President pointed out that, "There are many indications of external interference in Tunisia by forces trying to hinder our country's progress, in addition to those who want to conspire with them from within." No further details have ever been provided.

Tunisia has recently witnessed calls on social media and in protests for the dissolution of parliament and early elections. In the same context, the Free Destourian Party, which has 16 seats, has been holding a sit-in within parliament since last Friday, demanding the withdrawal of confidence from Parliamentary Speaker Rached Ghannouchi.

According to a number of deputies, the leader of the Free Destourian Party, Abir Moussi, is trying to disrupt and obstruct the work of parliament. It is noteworthy that Moussi has said openly that she opposed the 2011 revolution that toppled the regime of Zine El Abidine Ben Ali, and has expressed her hostility to Ennahda Movement.