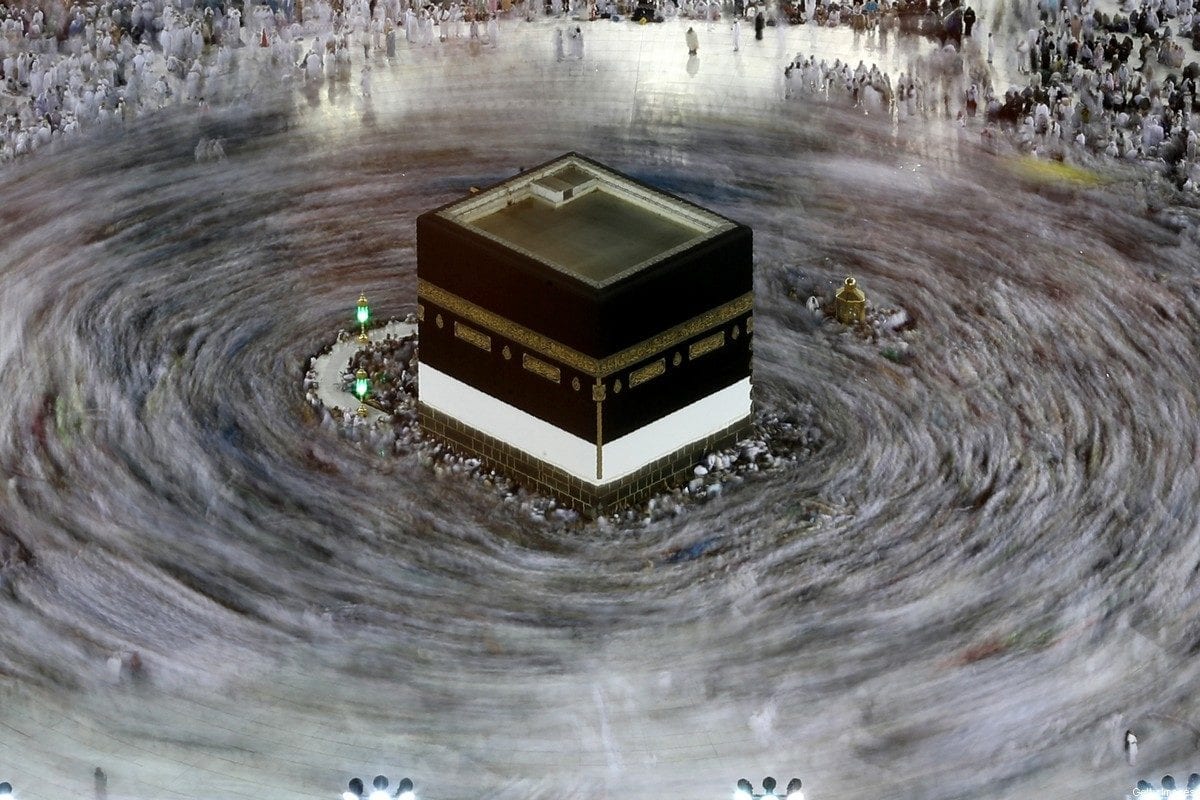 In reduced numbers due to the pandemic, Muslim pilgrims in Saudi Arabia on Friday converged on the tent city of Mina to throw stones at a symbolic representation of the devil as part of the annual Hajj pilgrimage, Anadolu Agency reports.

According to the official Saudi Press Agency (SPA), after completing the major pillar of Hajj, the pilgrims descended Thursday from Mt. Arafat to the plain of Muzdalifah, where they spent the night, before heading in the morning to Mina, east of the holy city of Makkah.

The last ritual, "Great Jamara" – in which pilgrims throw seven stones at a wall representing Satan – is intended to remind Muslims of the devil's constant efforts to lead the faithful astray.

According to Muslim belief, the Prophet Abraham was the first to perform the ritual after the devil tried to incite him to disobey Allah.

The annual Hajj pilgrimage to Saudi Arabia is a religious obligation for Muslims, who must make the journey – if financially feasible – at least once in their lives.

This year, vastly smaller numbers of pilgrims due to the coronavirus pandemic put that goal out of reach for most Muslims.

Considered the fifth "pillar" of Islam, the Hajj is intended to demonstrate the solidarity of the Muslim people and their submission to Allah.

The pilgrimage takes place every year from the 8th to 12th day of Dhu al-Hijjah, the 12th and final month of the Islamic calendar.

On these five days, Muslim pilgrims converge on Makkah, where they circumambulate the Kaaba seven times; run between the hills of Al-Safa and Al-Marwah; drink water from the sacred Well of Zamzam; stand vigil on the plains of Mt. Arafat; and, finally, throw stones at the devil.

Pilgrims then cut their hair and sacrifice an animal – meat from which is traditionally distributed to the poor – before celebrating the Eid al-Adha, or feast of the sacrifice, which began on Friday.

Because the Islamic calendar is based on the lunar cycle, the date of the Hajj changes each year on western calendars.

Last month, Saudi authorities announced that fewer than 10,000 Muslim worshippers would be allowed to perform the Hajj pilgrimage this year due to the pandemic.

After the Hajj, pilgrims will be subject to home quarantine.

Last year, around 2.4 million pilgrims did the Hajj, according to official estimates.