Morocco mediates between Al-Mishri and Saleh to save Libya dialogue 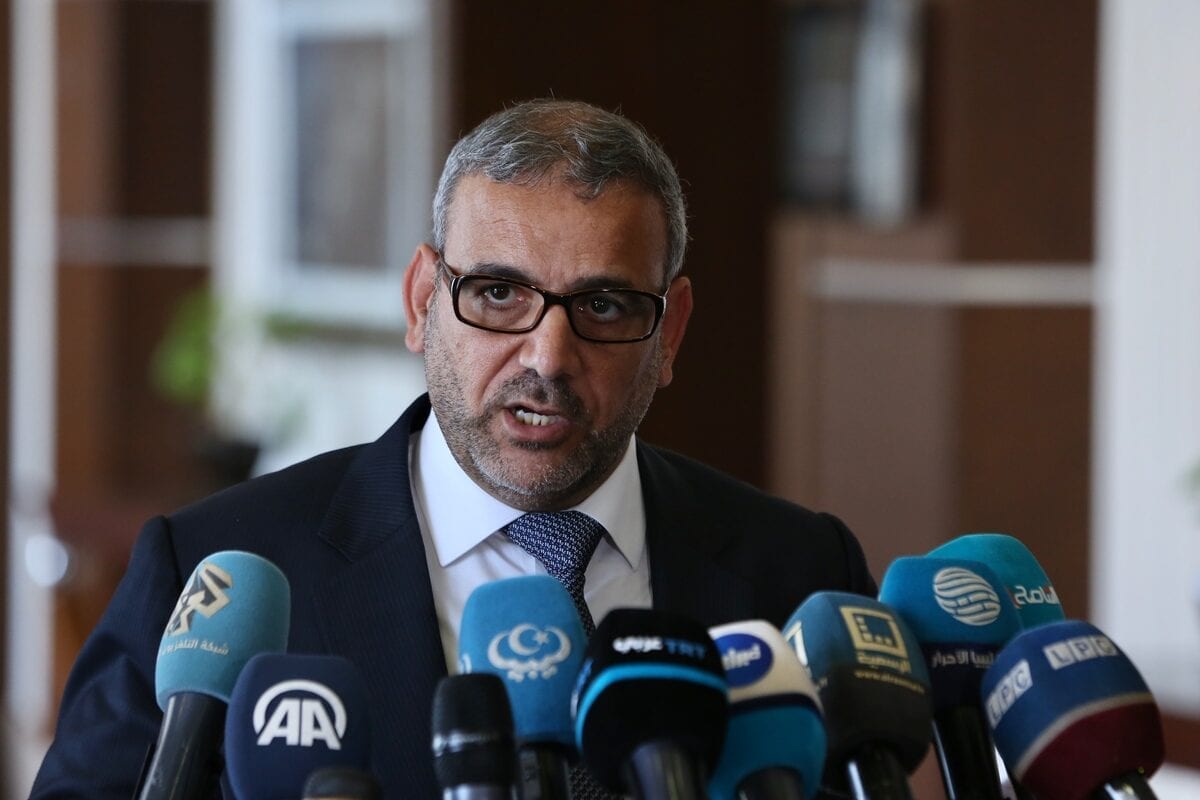 President of the High State Council of Libya, Khalid Al-Mishri speaks to media after his meeting with Turkish Foreign Minister Mevlut Cavusoglu (not seen) in Tripoli, Libya on 6 August 2020. [Hazem Turkia - Anadolu Agency]
October 2, 2020 at 12:51 am

A member of the dialogue delegation of Libya's High Council of State confirmed on Wednesday ongoing Moroccan efforts to organise a meeting between the council Chairman Khalid Al-Mishri and Speaker of the House of Representatives in Tobruk Aguila Saleh.

The delegation member, who spoke to Anadolu Agency on condition of anonymity, added that the two representatives, on behalf of the High Council of State and the Tobruk parliament, have not yet held an official meeting.

The source revealed that members of the two delegations were counting on the presence of Al-Mishri and Saleh to start the meeting, adding that Al-Mishri earlier expressed his willingness to attend the talks, unlike Saleh who seemed hesitant.

The media office of the Libyan High Council of State announced that Al-Mishri had postponed his visit to Morocco, while confirming that: "The consultations will continue between the two dialogue delegations to reach a consensus."

A member of the High Council of State told Anadolu Agency on Wednesday that the second round of talks, which were scheduled for Thursday, were postponed due to logistical difficulties, without specifying a date for resuming the discussions.

It was announced by Libyan media that this round of talks, due to start last Sunday, would take place on Thursday.

Between 6-10 September, Morocco hosted the first round of the Libyan dialogue between the delegations of the High Council of State and the Tobruk parliament, which supports the militia of General Khalifa Haftar.

The two parties to the dialogue reached a comprehensive agreement on criteria for appointing sovereign positions, and agreed to resume the talks later this month in order to finalise the necessary procedures for the activation and implementation of the accord.

On 16 September, Head of the Presidential Council Fayez Al-Sarraj announced his "sincere desire" to hand over his duties to the next executive authority, by the end of October at the latest, provided that the dialogue committee completes its work.

The oil-rich country has been witnessing an armed conflict for the last four years, as Haftar's militia, which receives support from Arab and Western countries, contested the internationally-recognised Libyan government over legitimacy and authority, leading to many civilian deaths and injuries, in addition to massive material damage.