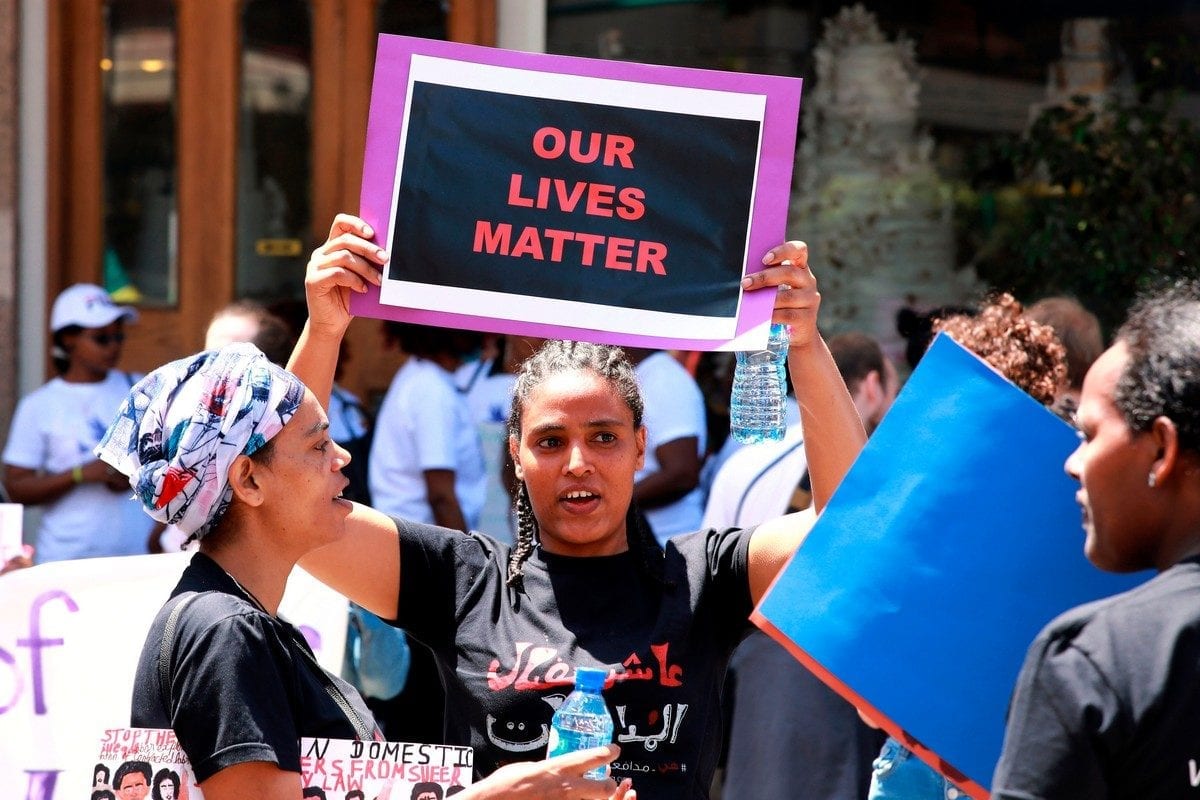 Migrant domestic workers protest for the abolishment of the kafala system in the Lebanese capital Beirut on 5 May 2019 [ANWAR AMRO/AFP/Getty Images]
October 30, 2020 at 3:21 pm

A court in Lebanon suspended plans on Wednesday to introduce a new migrant worker contract that would have replaced the long-criticised kafala system.

The State Council ruled in favour of temporarily suspending the contract after an appeal by the recruitment agency federation, Domestic Worker Recruitment, on 14 October.

The court said it had rejected the new contract's implementation because it could inflict "huge harm to the worker recruitment sector", a decision seen by Agence France Presse (AFP) said.

The new contract, which was meant to "[enshrine] the rights" of foreign workers who are excluded from Lebanon's labour laws, was initially approved by the country's Labour Ministry in September.

It would have given migrant workers more rights, including a guaranteed weekly rest day, overtime pay, sick pay, annual leave, the national minimum wage and the ability to resign at will.

The contract would also have allowed migrant workers to keep hold of their passports, in an effort to stop employers confiscating travel documents and effectively trapping domestic workers.

"The council has failed to make any reference to the rights of the migrant domestic workers in Lebanon… It only made reference to what the recruitment agencies consider to be severe damage to their interests."

The kafala system is a migration sponsorship scheme which ties the legal residency of domestic workers to their employment.

The system has frequently been condemned for leaving domestic workers vulnerable to exploitation and abuse and was termed a form of "modern-day slavery" by former Labour Minister Camille Abousleiman.

The plight of domestic workers in Lebanon has frequently been thrust into the spotlight in recent months, after a biting economic crisis compounded by the coronavirus pandemic left many employers unable to pay wages.

As a result, dozens of maids were abandoned outside embassies by their former employers, often without passports and owed months of pay.

Several workers were repatriated after details of their ordeal came to light, but thousands more remain in Lebanon.