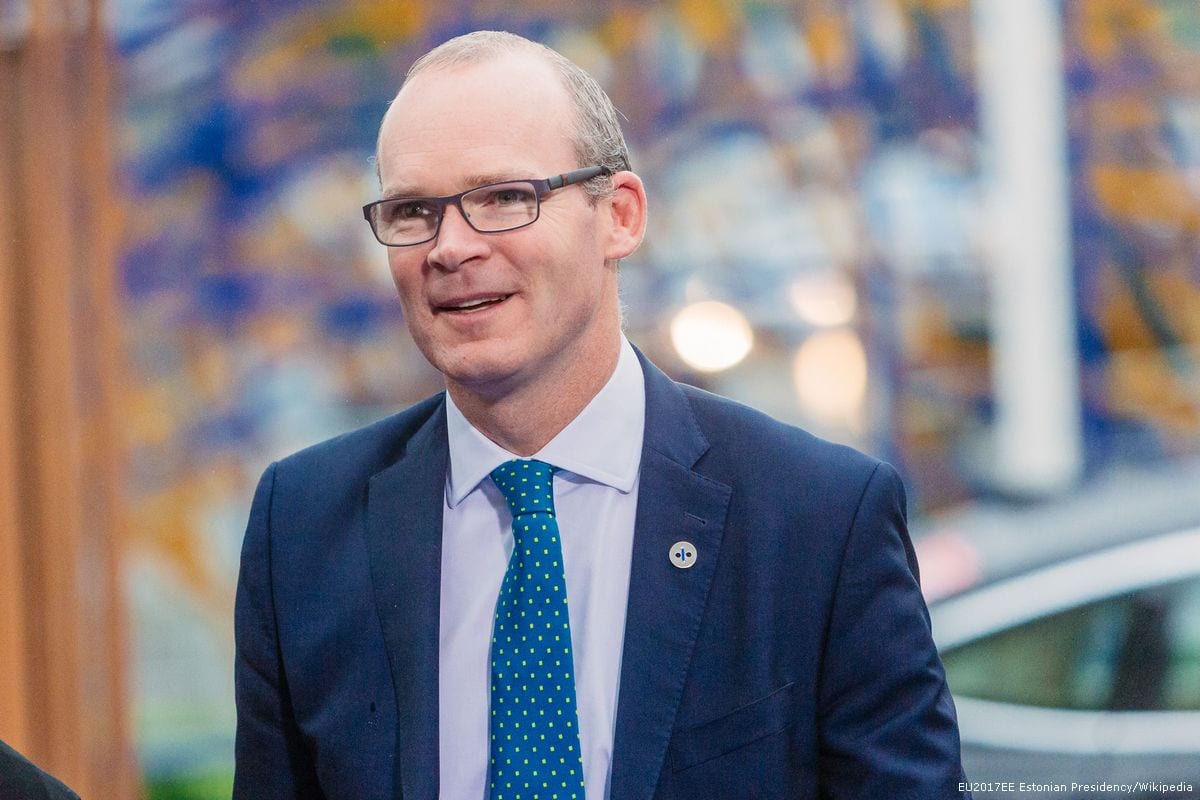 Ireland's Minister of Foreign Affairs, Simon Coveney, has denounced Israel's demolition of 80 Palestinian homes as a "brutal and violent act".

The Fine Gael politician responded to the mass demolition of Palestinian homes in the occupied West Bank village of Khirbet Humsa, by Israeli forces earlier this month.

"Destruction of private property such as this is clearly prohibited under international humanitarian law," said Coveney in a statement a few days ago. "The eviction of families and demolition of their homes is a brutal and violent act. These most vulnerable of people should be protected by the occupation authorities, not subject to further injustice," he said.

Ireland's Representative Office in Ramallah along with other diplomatic representatives are said to have visited the site of the demolition.

"Ireland, the EU, and the wider humanitarian community are ready to support those impacted. However, I reiterate my call on Israel to cease this practice and live up to its responsibility to protect local communities," Coveney said.

The scale of the demolition has shocked officials and rights organisations alike. Usually Israel only demolishes a few homes per day, which doesn't normally get into the news. According to the UN, the destruction of Khirbet Humsa was the largest forced displacement incident for years.

Excavators escorted by military vehicles were filmed approaching Khirbet Humsa and proceeding to flatten or smash up tents, shacks, animal shelters, toilets and solar panels. "These are some of the most vulnerable communities in the West Bank," said Yvonne Helle, the UN humanitarian coordinator for the occupied Palestinian territory.

Three-quarters of the community are said to have lost their shelters during the Israeli operation, Helle said, making it the largest forced displacement incident in more than four years. However, by the number of destroyed structures, 76, the raid was the largest demolition in the past decade, she added.

Jordan responded by calling on the international community to put pressure on the Israeli regime to cease demolishing Palestinian homes. Queen Noor Al-Hussein described the demolition of homes as "disgusting and inhumane violation of international law."

According to the Israeli Committee Against House Demolitions (ICAHD) UK, Israel has demolished 55,000 Palestinian homes and structures since 1967. In 99 per cent of the cases Israel's demolition and displacement policy is in gross violation of international law.

In a letter to the Guardian ICAHD said that "Israel's demolition of Palestinian homes should be a cross-party issue for every single MP who cares about the rule of law and the future of humanity. We urge our government to call Israel to account."