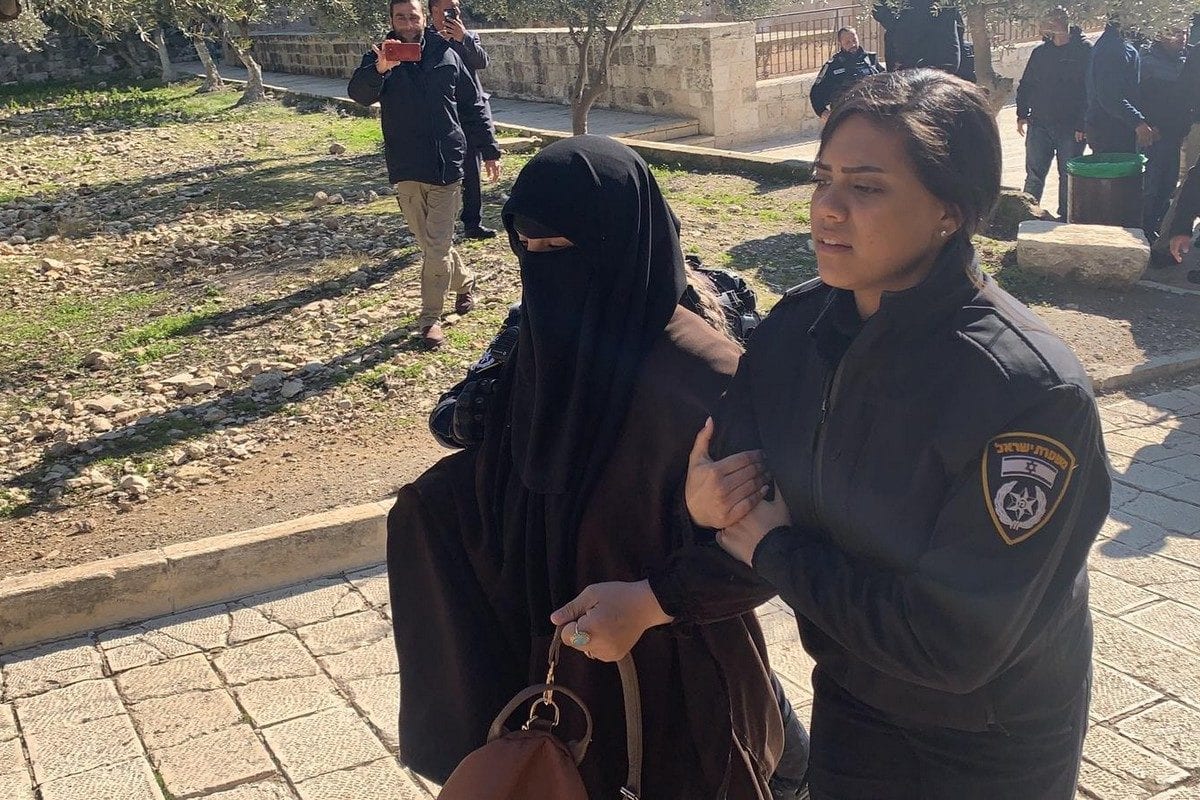 The lady was among 16 Palestinians arrested since last night by Israel in the occupied territories, according to the Palestinian Prisoners' Society (PPS).

Israeli occupation forces at Qalandia checkpoint, north of Jerusalem, opened fire to capture the Palestinian woman, who they claim was walking in a lane designated for cars only.

The soldiers immediately closed the checkpoint following the arrest interrupting traffic for a period before reopening it.

Qalandia is the largest Israeli checkpoint in the occupied territories, where Palestinian commuters are forced to go through humiliating inspection as they go about their daily lives.

Thousands of Palestinians from across the occupied West Bank have to go through the crowded checkpoint to enter Jerusalem or go to work in Israel, waiting for hours each time they leave or return.

Brazil votes against Palestine at WHO assembly, Palestinian ambassador to Brazil: 'This is contrary to what Brazil believes'

Meanwhile, PPS added that Israeli soldiers detained seven Palestinians from the Hebron district in the south of the West Bank, including a 16-year-old boy from Arroub refugee camp, an 18-year-old youth from Beit Ummar, and two brothers from Sair.

The soldiers also detained two other Palestinians from the village of Kubar in the Ramallah district and six more from various East Jerusalem neighbourhoods.

The PPS recorded the arrest of more than 3,000 Palestinians by Israel from the beginning of this year to the end of August.