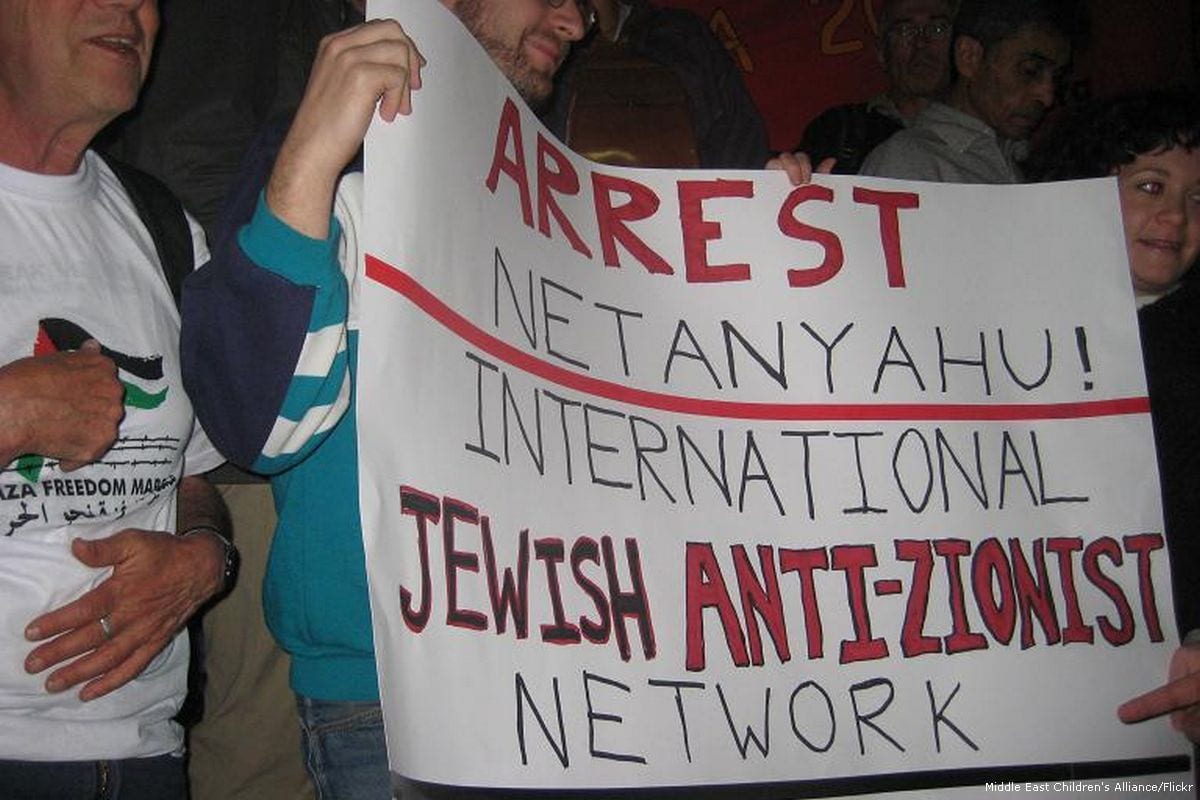 A protest calling for the arrest of Israeli Prime Minister Benjamin Netanyahu []Middle East Children's Alliance/Flickr]
September 21, 2017 at 11:52 am

Some 54 per cent of Israelis do not believe Israeli Prime Minister Benjamin Netanyahu is entirely innocent of the allegations of corruption levelled against him, according to a survey carried out by the Yedioth Ahronoth newspaper.

Only 34 per cent of Israelis believe Netanyahu's repeated claim in regards to the investigation that "there will be nothing, because there is nothing", whilst 63 per cent believe he should resign as prime minister and call national elections if charged by the attorney general.

Netanyahu is currently entangled in four political scandals: Case 1000 which involves allegations that the PM and his wife accepted illegal gifts from businessmen; Case 2000 which accuses Netanyahu of attempting to buy favourable newspaper coverage; Case 3000, also known as the "submarine scandal"; and Case 4000, in which a close associate of Netanyahu is suspected of providing confidential information to Israel's largest telecoms company.

Despite the public's lack of confidence in Netanyahu's honesty, he is still the most preferred candidate to lead the country and is rated as a "quite good to very good" prime minster by 49 per cent of the public, far ahead of his rivals.

Last month, members of the Likud called for Netanyahu to resign due to him "harming" the political party's reputation. Whilst numerous ministers support the prime minister, many reportedly fear the damage an indictment would do to the perception of the Israeli government.

The study also questioned respondents on their views on social and political issues in Israel, including their opinion on the nation's most pressing concern. Whilst Netanyahu has attempted to draw attention to the threat posed by Iran, as highlighted during his speech at the UN on Tuesday, the majority of Israelis do not regard Tehran as an imminent danger, instead citing the cost of living as the most serious problem.