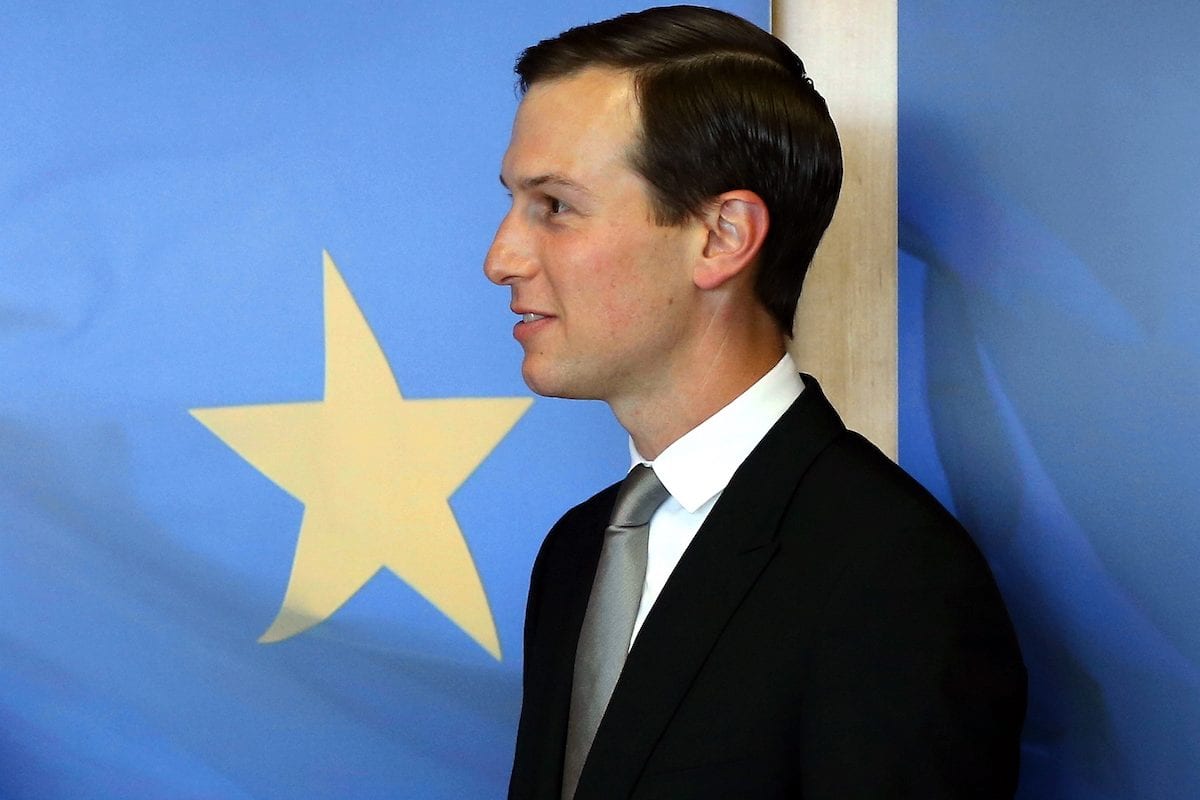 Furthermore, the anonymous whistle-blower who reported this also alleged that Turkish intelligence intercepted the relevant telephone call between Kushner and Bin Salman. This prompted President Recep Tayyip Erdoğan to use the information as leverage to force Trump to withdraw US troops from northern Syria this year.

The newspaper report said that the US House Intelligence Committee, led by the opposition Democrat party, is aware of the claims and plans to use them as part of its impeachment process against the President. It also said that there are seven whistle-blowers from the intelligence agencies who are willing to give evidence in support of the accusations. They include Lieutenant Colonel Alexander Vindman and the National Security Council's director for European and Russian Affairs, Tim Morrison, as well as an anonymous CIA officer.

Kushner: 'Israel is not the cause of all the suffering of the Palestinian people'

Jamal Khashoggi, a Saudi dissident journalist who lived in self-imposed exile and worked for the Washington Post, was critical of the Kingdom's policies introduced by Bin Salman, for which he was presumably killed on 2 October in the Saudi consulate in Istanbul. After months of investigations and international outrage, the Crown Prince has been the primary suspect for ordering the murder, a crime which he has denied, although he has admitted indirect responsibility.

The Trump administration announced the withdrawal of US troops from Syria in February this year, only months after Khashoggi's murder, and then proceeded with a more rapid withdrawal from northern Syria last month as Trump gave the green light for Turkey's Operation Peace Spring to proceed.

The operation, through which Turkey aimed to drive Kurdish militias from its border region with Syria and establish a safe zone to house around two million Syrian refugees, ignited widespread condemnation of Trump's decision. He faced accusations that the US had abandoned its Kurdish allies who helped in the fight against Daesh.

The revelation that Kushner – one of the Trump administration's senior figures – explicitly allowed Saudi Arabia to take action against Khashoggi, which resulted in Erdoğan using the information to force the US withdrawal from Syria and facilitate the Turkish operation, provides a new twist to the story. This could also be why there was no US action against Bin Salman following Khashoggi's murder.

900 US troops to be left in Syria after 'withdrawal'