The Humanity of Muhammad: A Christian View 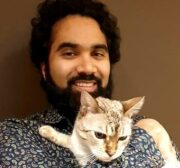 Recent events in France have once again pushed the notion of a clash of civilisations between Islam and the West onto centre stage. Last month the satirical magazine Charlie Hebdo republished caricatures of Prophet Muhammad (peace be upon him); this was followed by the gruesome murder of a French school teacher who showed the offensive cartoons to his students in the name of freedom of expression.

President Emmanuel Macron reacted by supporting the decision to republish the cartoons and stated that Islam, the second largest religion in France, is "in crisis all over the world today" before initiating a crackdown on the French Muslim community. This was condemned by Muslim heads of state, including Turkish President Recep Tayyip Erdogan and Pakistan's Prime Minister Imran Khan. There have also been widespread calls to boycott French products as well as large demonstrations in Muslim countries. Tensions in France have been heightened further by yesterday's attack at a church in Nice, said to have been committed by a Tunisian migrant who recently arrived in Europe. Macron said that the man attacked France for its values of freedom.

With such incidents and their far-reaching political implications, it can be easy to forget that they surround Prophet Muhammad (peace be upon him), one of the most beloved, vilified and misunderstood people in history, according to scholar and author Dr Craig Considine in his book The Humanity of Muhammad: A Christian View. Considine is involved in developing interfaith relations and believes firmly that better links can be formed between Muslims and the nominally Christian West through a closer understanding of the life and legacy of the Prophet and his pluralistic vision for humanity. Coincidentally, the latest controversies more or less coincide with this year's Mawlid, the anniversary of the birth of the Prophet, which is commemorated by Muslims around the world. Inevitably, this year's Mawlid had even more emotional and political significance.

#Yemen
Initial photos from Al Sabeen Square in the capital Sanaa while celebrating the birthday of prophet Muhammad peace upon him.
Millions of Yemenis celebrated today in thirteen governorates.
Gathering for this year is more than any time.#MuhammadForAll#MuhammadTheMerciful pic.twitter.com/rP4cspruAQ

READ: Turkey to take legal action against France over 'cultural racism and hatred'

Considine is an American Roman Catholic of Irish and Italian descent. In his book, he attempts to build stronger bridges of respect and understanding between Christians and Muslims "to uplift our common humanity" and "to defend the honour of Prophet Muhammad". He dismisses ongoing claims that he is a "secret Muslim" or "liberal", but does self-identify as an "Islamic apologist", which he defines as one who shares knowledge and truth on the Islamic faith to counteract falsehood in order to strengthen our common humanity. While the book is written and structured as an academic work, Considine contends that it is also written for the general reader.

The author is not under any illusions about the task he has set himself. In fact, in the first chapter dealing with religious pluralism, he concedes that the discrimination and persecution of Christian minorities in Muslim-majority countries is a very real problem, rendering the ancient community to the point of extinction in some places.

I am an American, Christian, & Westerner who is both able & willing to defend the honor of Prophet Muhammad.

In fact, the notion of "defending the honor of Muhammad" is literally noted as an aim of my latest book.

There are other people like me who will also defend his honor. pic.twitter.com/nCPniH44H5

That being said, it is argued that the mistreatment of Christians in these countries contradicts the verses of the Qur'an, wherein Christians and Jews are distinguished among the People of the Book and are Dhimmi, protected monotheistic minorities (a term often misconstrued to denote being in a subservient position). Such persecution is also against prophetic teachings about treating the People of the Book with respect and protecting their places of worship.

The most intriguing part of the book details an often neglected aspect of the Prophet's legacy, his adherence to religious pluralism which should, according to Considine, be more than mere religious tolerance. The author cites interfaith dialogue between the Prophet and a Christian delegation from Najran, for instance, and a covenant made with the Christian monks of Mount Sinai, whereby freedom of worship and the right to protection during times of war were granted, among other rights.

Equally interesting is the chapter focussing on the "civic nation state" established by Prophet Muhammad (peace be upon him) in Madinah, which was both revolutionary and unprecedented in its scope of creating a community that transcended ethnic, tribal and even religious boundaries. This "super tribe", which included a long-established Jewish community, was facilitated in part by the Constitution of Madinah, which guaranteed equal rights among the inhabitants and "helped to actualise the idea of a sole community made up of diverse people living under one government and ultimately one creator, God."

A surprising connection is made between the so-called Founding Fathers of the US and the Prophet's vision of a nation state, which may raise eyebrows across the board. However, Dr Considine rather compellingly finds similarities specifically in the common ideals of establishing a society that was intended at the very least to protect all members of society, viewing them as equals regardless of religion and race.

Subsequent chapters draw on the Prophet's anti-racist stance and the rights of women. The latter were emphasised at a time when women had few rights, if any at all, in pre-Islamic Arabia. Inheritance and divorce rights, for example, were established centuries before they existed in the Western world. On the issue of race, particular attention is drawn to the Prophet's close companion Bilal Ibn Rabah, a former Abyssinian slave who went on to become the first person to make the call to prayer. The Prophet's well-known Final Sermon which emphasises racial equality is also discussed, and the author points out that morals and character take precedence over skin colour. This, he argues, would be expressed similarly centuries later in Dr Martin Luther King's famous "I have a dream" speech.

The pursuit of knowledge was taught by the Prophet as a religious obligation and has had an undeniable influence on civilisations around the world. The Muslim contributions to the sciences and mathematics, as well as medicine and astronomy and other fields of study, are often downplayed or denied altogether in the West. Considine devotes an entire chapter to these contributions, which I found to be obviously very well researched and particularly informative.

The Humanity of Muhammad… is clearly a heartfelt and very personal perspective from a writer who is an advocate for interfaith dialogue and acknowledges his admiration for the Prophet. Towards the end he reveals that his "love for Muhammad" is not enough for some Muslims who ask why he chooses to remain a Christian. Some Christians, meanwhile, regard him as a heretic for his recognition of Muhammad as a Prophet.

This serves to illustrate why Dr Considine's book serves as a much-needed and timely work to help foster ties between Muslims and the West. He hopes that Muslims can see Christians in a more human light and reach out to Christians with distorted or preconceived notions of Muslims and their faith. Such a book as this is, therefore, both essential and relevant in these troubled times if we are to overcome or at least mitigate the prospects of a civilisational clash between Islam and the West.