Disappointment with PA's resumption of security coordination with Israel 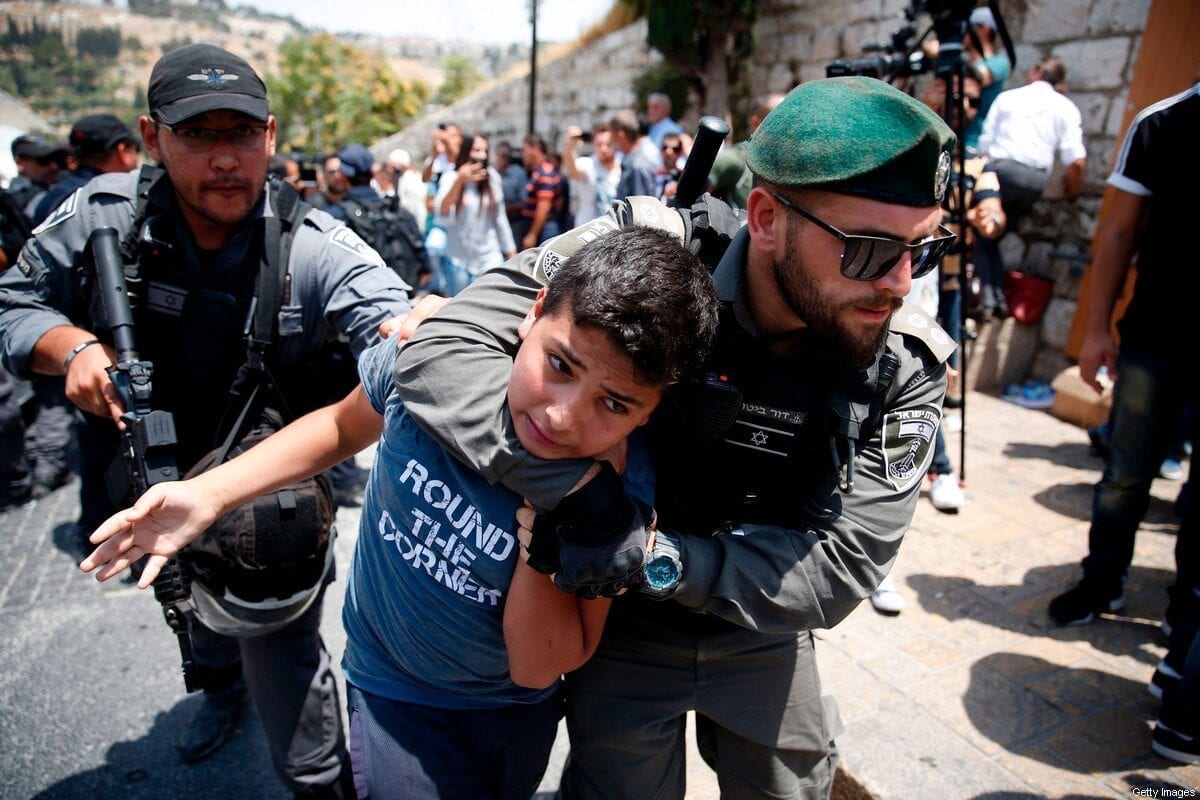 TOPSHOT - Israeli border guards detain a Palestinian youth during a demonstration outside the Lions Gate, a main entrance to Al-Aqsa mosque compound, due to newly-implemented security measures by Israeli authorities which include metal detectors and cameras, in Jerusalem's Old City on July 17, 2017. [AHMAD GHARABLI/AFP via Getty Images]
Dr Adnan Abu Amer
AdnanAbuAmer74
November 19, 2020 at 11:02 pm

Israeli-Palestinian relations have undergone rapid changes in recent hours after the Palestinian Authority (PA) announced the resumption of security coordination with Israel. The decision consequently prompted Palestinian factions to announce stances condemning this step, warning that it could damage national reconciliation.

Meanwhile, the PA's return to security coordination with Israel suggests a number of factors leading to this sudden decision. The first is Joe Biden's victory in the US presidential elections, the second is the serious economic crisis facing the Palestinian leadership and the third is intense disagreement over the reconciliation with Hamas.

Since the decision to suspend security coordination with Israel was made, it was clear that the PA has raised the bar. The security coordination, which has achieved important strides since 2008 in terms of pursuing elements of the Palestinian resistance and overcoming adversities, became a fundamental part of the culture of the security services in Tel Aviv and Ramallah.

Once PA President Mahmoud Abbas decided to put an end to security coordination, it seemed that he would look for a way out of the situation. Although he has given detailed instructions to all Palestinian parties on the ground to sever contact with their counterparts in Israel, Israeli assessments have confirmed that this situation will change, which has unfortunately come to pass.

In recent years, senior Palestinian officials have threatened that they were about to suspend security and civilian coordination with Israel. However, they would soon refrain from doing so, and act differently on the ground. This time the situation seemed different, because during the last six months, Israel has undergone the most crucial field tests with the Palestinians after the disruption of communication at all levels.

The Israeli army could not hide its deep concern over the fact that the PA's decision to end security coordination will lead to the resumption of armed operations by the Palestinian resistance factions. As for the settlers who have entered Palestinian areas, particularly Area A of the West Bank, the Palestinian security services have continued to protect them, ensuring that they are surrendered unharmed to the Israeli army.

Although Israeli-Palestinian security coordination has been suspended since May and relations between the PA and Israel have halted, the Israelis have claimed that the security lines are still open and both security apparatuses are still exchanging indirect messages, sending security warnings to the PA and preventing friction between the opposing forces. This debunks statements made by Abbas's associates, who alleged that severing relations includes ending security coordination with the army and the Israel Security Agency Shin Bet, which has for years helped to thwart armed attacks launched by Palestinian resistance forces.

The resumption of security coordination between the PA and Israel has been considered an achievement of the Israeli security apparatus, which warned the government that Palestinian attacks might resume. In this case, the army will launch operations in the Palestinian territories, requiring the Israeli security system to warn political leadership repeatedly of dragging the region into military escalation.

The Israeli army generals also realised early on that Abbas's decision to end security coordination intended to stop the Israeli plan to annex settlements and the Jordan Valley. The Israeli political demarche left him no choice but to take this decision, at least temporarily, otherwise the PA would be seen as cooperating with Israel. In this instance, armed attacks against settlers and soldiers may reoccur as a result of a loss of control on the ground on the one hand, and the lack of security coordination on the other.

It was evident since the beginning that the Israeli army will resume military operations in the Palestinian territories. However, this is the last thing that the PA wants, after seeking to restore its security aptitude in the aftermath of Operation Defensive Shield.

In reality, it became clear that the PA did not intend to burn all bridges with Israel. In exceptional cases, field steps were taken to prevent the deterioration of security measures, including handing over settlers who accidentally entered the Palestinian cities to the Israeli army, which has already occurred.

Although six months have passed since the suspension of security coordination between the PA and Israel, mutual cooperation remains in several areas, namely, the civilian level. This includes granting permits to workers and allowing patients to receive treatment in Israeli hospitals. On the security level, it includes authorising the army and border guards to enter Palestinian-controlled areas for the purpose of making arrests or patrols, and the rapid hand over of settlers who enter the Palestinian areas by mistake, which are cases the army identifies as a security red line and may lead to an immediate collision with the Palestinians.

The security coordination also covers the transfer of information about the armed activities of the Palestinian factions from Israel to the PA's bodies. But a major question has remained unanswered about Abbas's willingness to maintain his decision so that he would not seem subjugated by the annexation plan. Or was he trying to increase the political pressure on Tel Aviv after the Israeli security system warned of a possible escalation with the Palestinians as a result of the US deal of the century?

The decision of the PA to resume security coordination with Israel confirms that the occupation army has succeeded in communicating its warnings to the government, that maintaining the suspension decision will result in the escalation of tension with Palestinians, which is the last thing Israel wants.

It is significant that one of the justifications that the PA gave for resuming security coordination with Israel is that it protects not only the Israelis, but also the Palestinians, in addition to preventing attacks against Israel and maintaining its control over the West Bank. As if the real enemy is the resistance factions, and not the Israeli occupation that has been trying to destroy and marginalise the Palestinian leadership over the years.